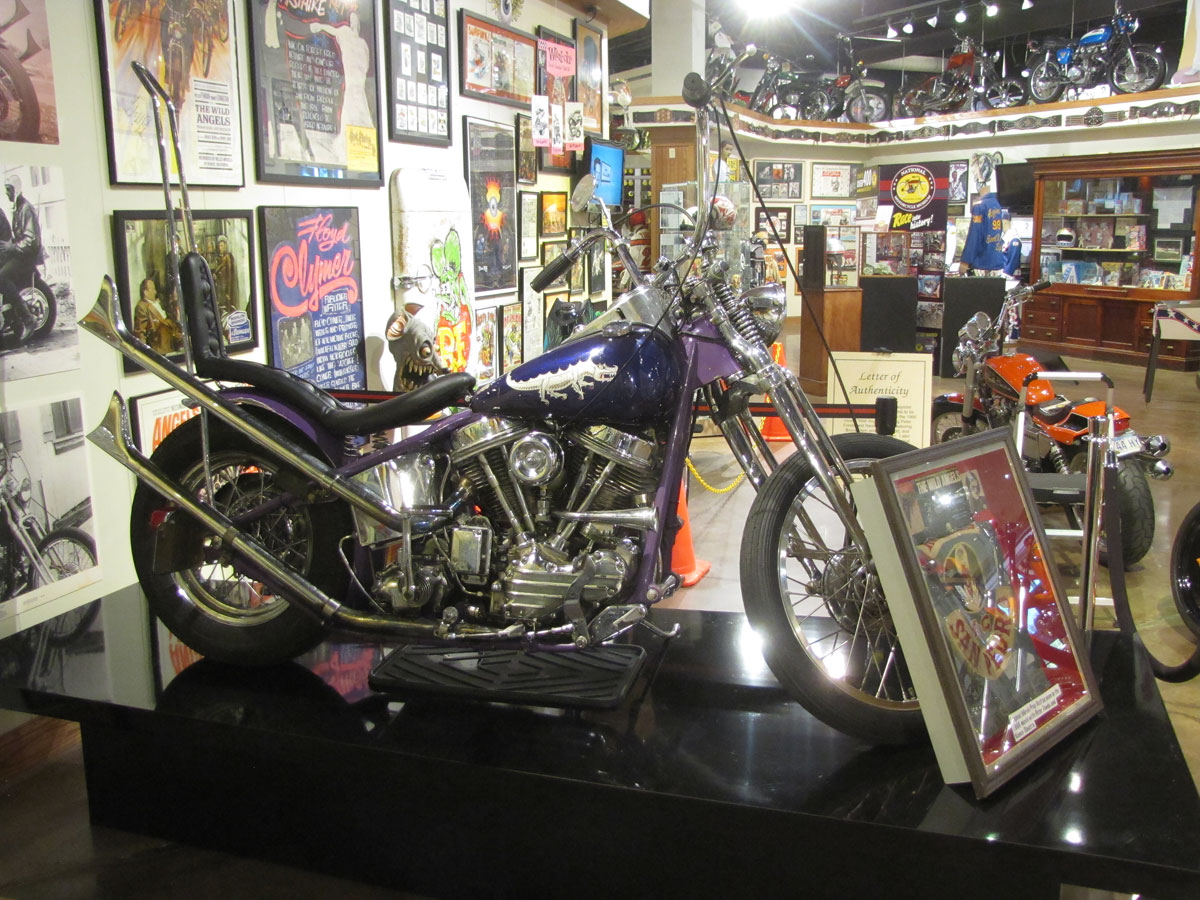 If you are heading to Davenport, Iowa for the huge Blackhawk Antique Motorcycle Club’s Swap Meet, you may be passing close to the National Motorcycle Museum. With over 500 bikes and tons of memorabilia on display, there’s an even better reason to take a short detour and visit: the Dragon Bike from Fonda’s film is on display for another month or so. Peter Fonda died August 16, so we thought this a good time to remind you the Dragon Bike is on display and honor Fonda’s great work acting and in motorcycle film making.

Sitting as a basket case, the Dragon Bike has not been seen for decades, but was recently pulled out of hiding. It’s a great 1960’s chopper, a movie bike and even has paint work by Von Dutch. Here’s some info on the bike, and Roger Corman and Peter Fonda’s film which came out a few years before the cult classic Easy Rider.

Many say The Wild Angels was the film that inspired the outlaw biker genre of film-making that continued into the early 1970’s. It seemed to typecast actors like Peter Fonda, Bruce Dern, Nancy Sinatra and Michael Pollard as motorcycle film actors. Though not typecast by it, many feel Jack Nicholson got his acting breakout with Easy Rider. 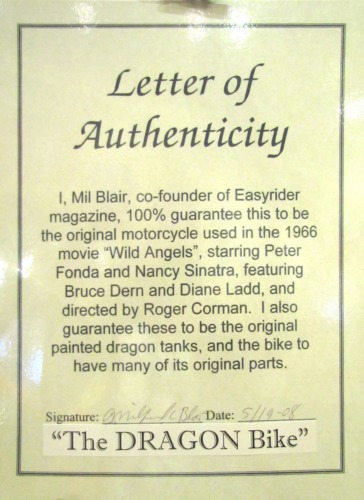 The Wild Angels plot is rich. Loser, a Hell’s Angels member, has his bike stolen by some Mexicans. He and club members go looking for the thieves. When they find Loser’s bike, a huge fight breaks out, the thieves are beaten up. The police come, the gang runs. Loser steals a cop’s bike, is chased down and shot. Loser is hospitalized, then the gang breaks him out. If you rent the film, you can find out what happens next and how the film earned $5.5 million dollars.

Loser’s bike become known as the Dragon Bike. Built specially for the film, as were Fonda and Hopper’s bikes in Easy Rider, its whereabouts were unknown for many years. It surfaced as a basket case about ten years ago, was carefully authenticated and was recently painstakingly reassembled. Period photos and film footage were reviewed. Care was given not to over-restore the machine, and what you see are mostly original finishes, chrome and paint.

In the 1960’s, motorcycle films, often based on Hell’s Angel’s activity, became popular with film makers like Peter Fonda and Roger Corman. Some American audiences certainly enjoyed “biker flicks” and 50  years later they are an interesting study. This genre probably fit the mood in America at the time; baby boomers coming of age, motorcycle sales booming as well as dissent with the conflict in Southeast Asia splitting generations. 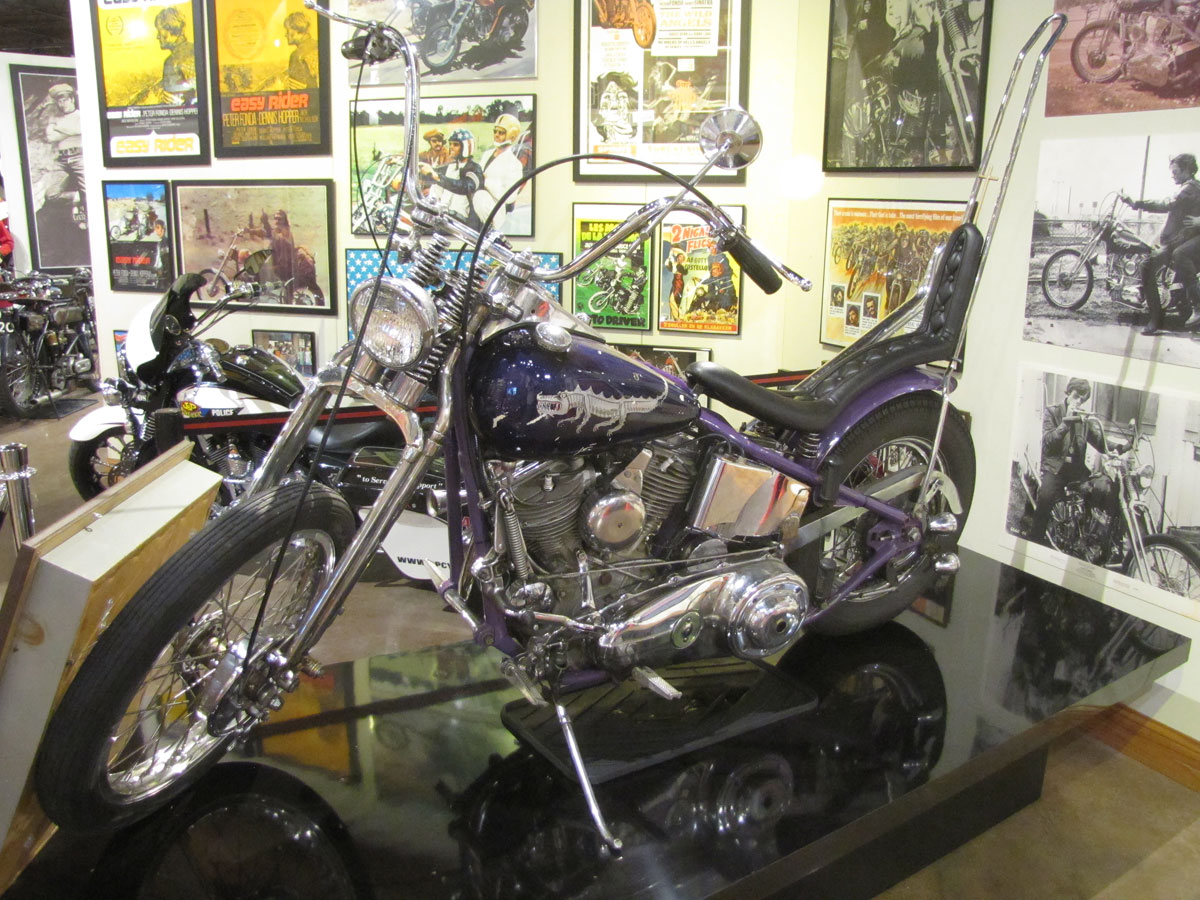