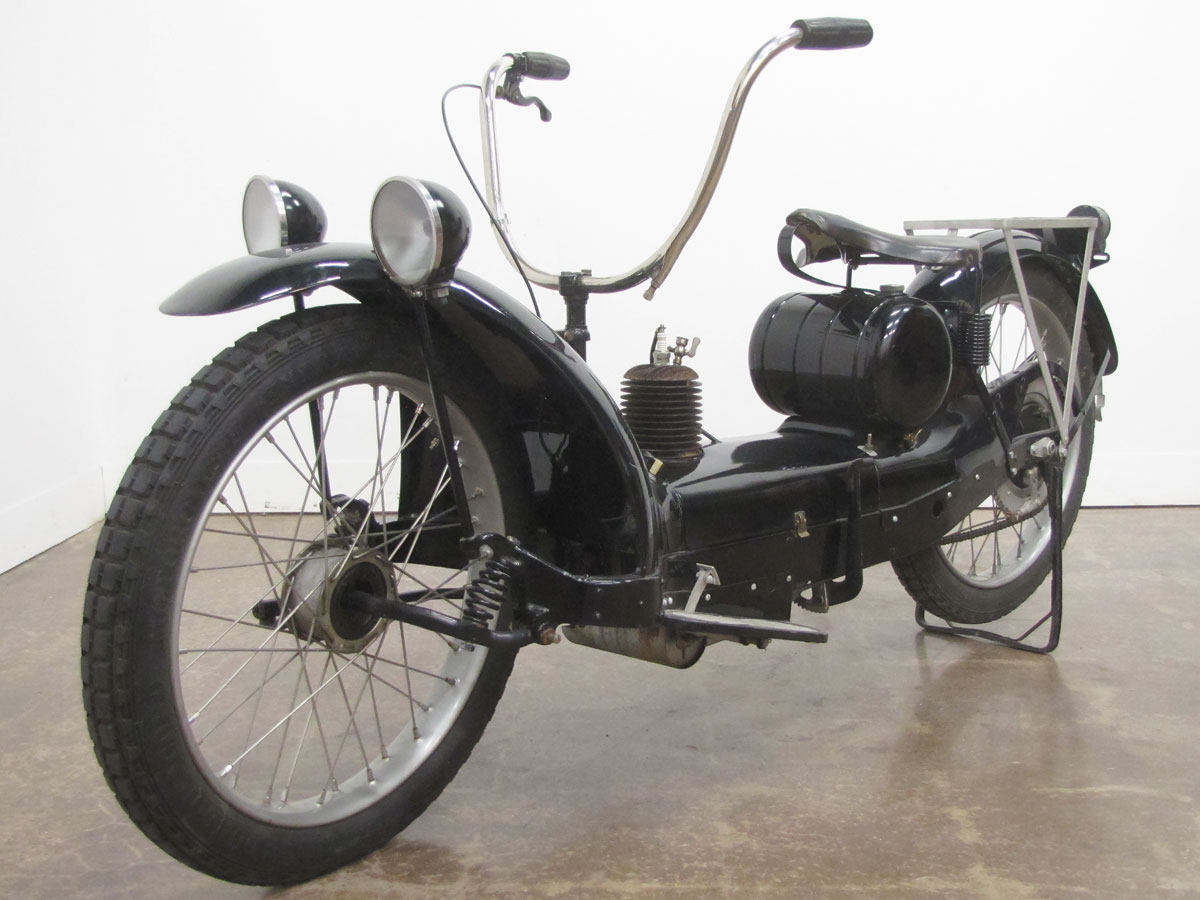 Around 1919, seeking to make a two-wheeled vehicle with steering and seating position similar to a car, Carl Neracher (Ner-A-Car) of Syracuse, New York made several models from 1920 to 1923, two-stroke and four-stroke powered with three speed and variable speed transmissions.

With the handlebar well aft of the wheel, center hub steering was employed, a system also found on the New York-made Militaire of about 1915. A variable speed drive, the flywheel and a large drive wheel acting on each other, allowed smooth “shifting”, a CVT of 100 years ago. The step-through body design, similar to the design most scooters employ, along with a low seat height, made it easy to climb onto the Nera-A-Car. Like the Honda Pacific Coast of the late 1980’s and some modern scooters with two wheels in front, or two in back, Neracher seemed to be trying to make two-wheeled transportation more approachable; more car-like, less motorcycle-like.

Low interest in America brought Neracher to license a British firm to manufacture the Ner-A-Car from 1924 to 1927.  A few years into production a three-speed Sturmey-Archer transmission and a 350cc Blackburne four-stroke side-valve engine were used, followed by an OHV model in 1925. In all American and British production about 16,500 Ner-A-Cars were built.

In 1922, eight years after setting his 1914 coast to coast record of 11.5 days on an Indian, Cannonball Baker went from New York to Los Angeles in just 8 days riding a Ner-A-Car averaging almost 20 miles per hour. Baker later became a dealer for Ner-A-Car.

The National Motorcycle Museum displays this 1923 Ner-A-Car from the John & Jill Parham Collection over near the scooter collection. Here it’s interesting to compare it with scooters like the Salsbury and Gogo but also walk over to the custom motorcycle display area and compare it with the Harley-Davidson Sportster-powered Magnacycle.