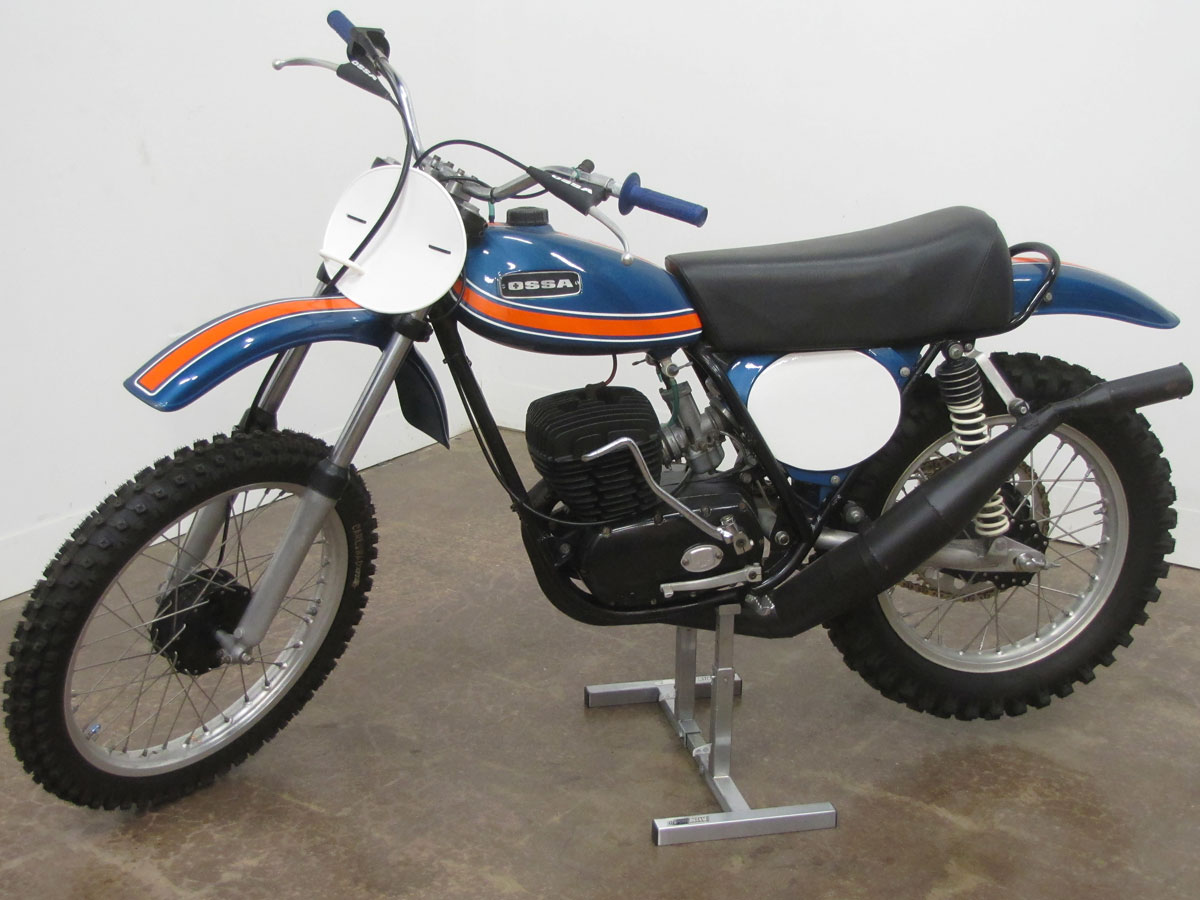 In mid-1973 motorcycle magazines previewed a radical, lightweight OSSA motocross racer; the powerful and durable Stiletto engine in an ultra-light chassis. The OSSA Phantom was the first sub-200 pound production 250 motocrosser. It weighed at least 15 pounds less than the Honda Elsinore that was selling like gangbusters. John De Soto, Barry Higgins and Dick Mann were among the factory Ossa riders from 1971-1974.

But world wide distribution of  good performing, less expensive Japanese motorcycles and a crippling strike in 1977 weakened the Ossa company. Ossa merged with Bultaco, but by 1982, the factory closed down. Still the heritage of Spanish makers Bultaco, Montessa and certainly OSSA lives on.

This fine original condition Ossa is one of over 20 off-road competition bikes and riding apparel donated by Tina and Kevin McGill. Donation of the collection was the impetus for DIRT RIDING USA, a large 2017 special exhibition about Trials, Enduro and Motocross competition. Now with well over 500 motorcycles on display, most of the dirt bikes from this exhibition remain on display in the off-road riding display area of the National Motorcycle Museum.