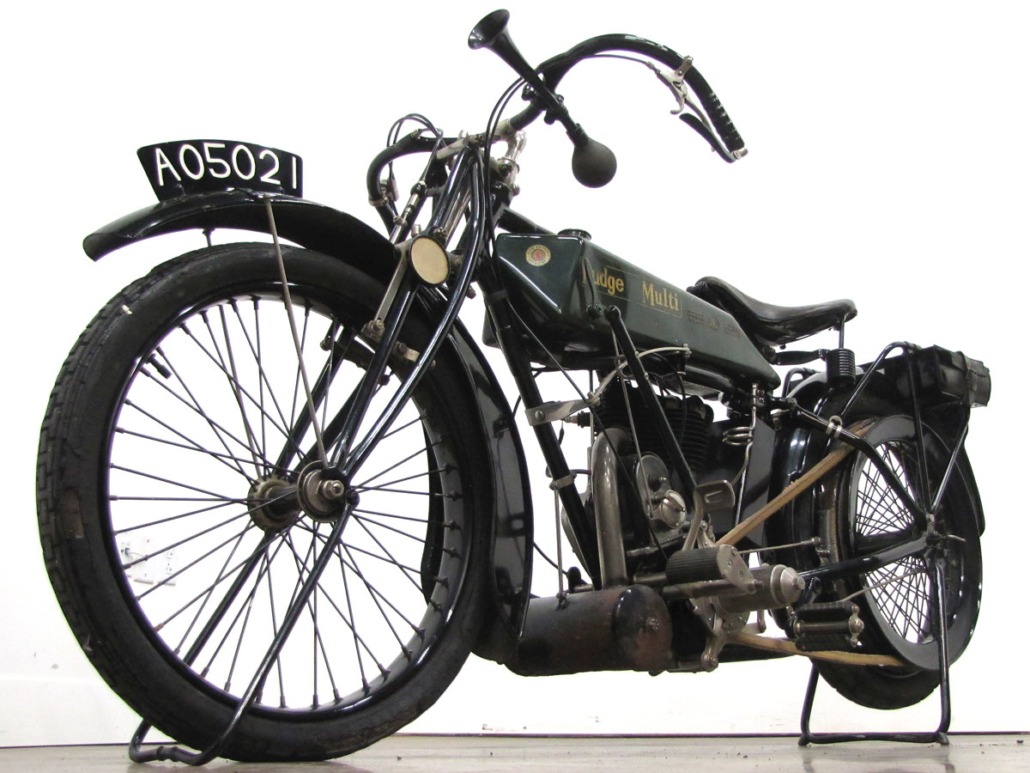 Tomorrow is Father’s Day.  I can safely say I wouldn’t be where I’m at today without the influence of my dad (or mom). How about you? If your dad gave you the “multi-gearhead” gene, an interest in mechanical devices, even got you on a motorcycle, send him an email or better yet call him to say happy Father’s Day. Maybe plan a trip to a motorcycle museum? And, if you are a dad, are you cultivating the next generation of riders?

In a day when two and three speed transmissions were just coming available, the 1910’s, this week’s featured motorcycle definitely brought technical interest; a variable speed belt drive not unlike the Salsbury drive of 25 years later. Using belt drive and a split, variable diameter pulley at the engine’s crankshaft, the British manufacturer Rudge accomplished what a typical gearbox of the time did, with less expense and complication.

Keeping road speed up and engine revolutions down is the work of transmissions today, but starting in 1912 Rudge took a simpler route using the traditional belt drive approach. This successfully kept the engine in its power-band, the stepped pulley “21 speed” Multi system worked well even in pre-World War I racing. But the advent of the more efficient three or four gearbox meant the end of the Multi-Gear system after the 1923 model year. 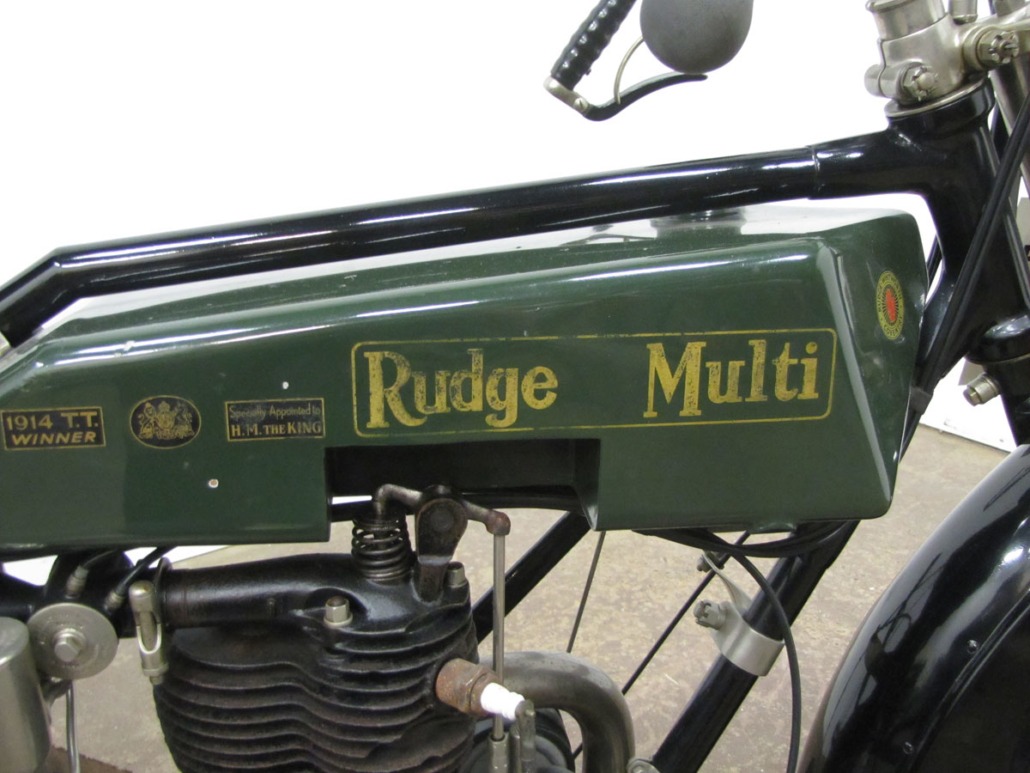 Rudge Motorcycle Company was formed of two companies in 1894, Whitworth Cycle Company of Birmingham, England and Rudge Cycle Company of  Coventry, England; both originally bicycle makers. The last Rudges were built in 1946. Later, with more sophisticated machines Rudge was very successful in road racing including wins at the Isle of Man Senior TT and the Ulster Grand Prix until it withdrew from factory racing efforts and supported private riders with affordable yet cutting edge racing machines instead.

Rudge was an innovator, earned many patents and on later motorcycles employed radial four-valve heads, enclosed valve trains, bronze cylinder heads with pressure fed top end lubrication. What we now refer to as “linked brakes” were a Rudge innovation as was a unique foot operated center stand.

Rudge is also responsible for the innovation of the demountable wire wheel for automobiles and knock-off wheels for sports cars. Rudge licensed its famed flanged alloy rim design to the Italian wheel maker Borrani.

This Rudge is on loan to the National Motorcycle Museum from the Jill & John Parham Collection. It’s a good example of the amazing array of machines and technology you can observe and learn from when you visit the Museum.