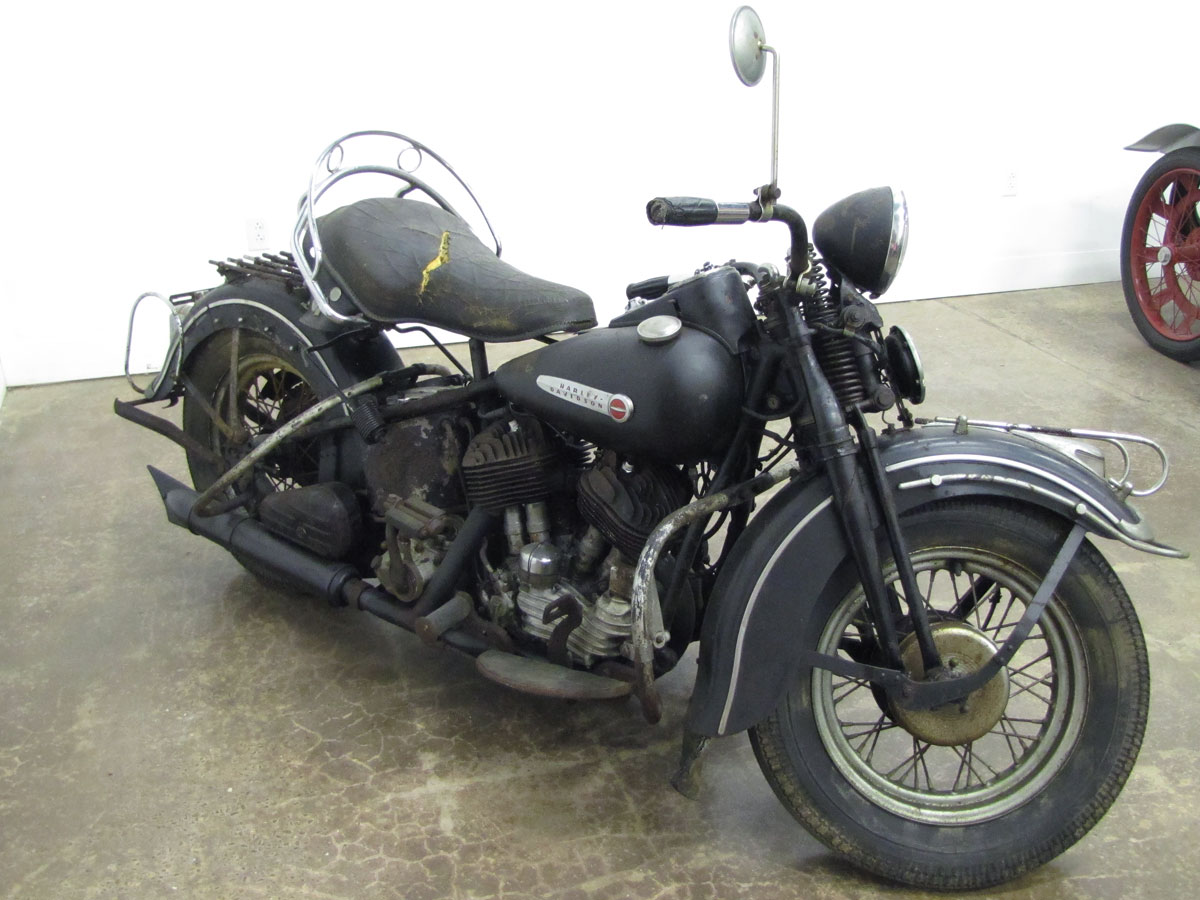 A few weeks ago the National Motorcycle Museum launched a new website. We hope you find it more useful for seeing what’s new at the Museum, going back and looking at past Featured Bikes, learning how you can be more involved and, of course, planning a trip to be here in person.

On the home page is a photo of the Barn Find exhibit, and that photo features a 1948 Harley-Davidson UL. While the Museum displays over 500 perfectly restored and excellent original condition motorcycles, this UL is rusty, crusty and oily, even a bit dusty. In fact not long ago it was pulled from a damp basement and found to be original, never repainted. As you can see it’s got some great period accessories. But it runs much better than it looks. Though we lost our friend and master Harley mechanic Jim Long in 2016, Jim gave the bike a mechanical rebuild as one of his final projects. But owner John Parham asked Jim to leave the outside of the engine, hubs, tanks and such in their natural barn fresh state.

Released late in 1935, the UL was Harley’s 74 and 80 cubic inch model designed for police departments, over the road touring and sidecar duty. 1948 was its last production year. The general design of the chassis and sheet metal is similar for Harleys of the era with big changes coming in 1949 with the OHV Hydra-Glide EL and FL and New Modern Age styling.

So what did the manufacturing landscape look like for Harley-Davidson  just a few years after Victory in Europe day, or VE-Day? After providing almost 90,000 motorcycles to the War effort, Harley-Davidson was back in full swing with their domestic lineup. This included the carried over the OHV “Knucklehead” through 1947, flathead big twins and the trusty 45. The War Reparations Act brought Harley rights to make a machine based on the German DKW, and the popular 125 Model S was the result. In a few years Harley would release the lightweight unit construction, foot shift K model, a 45 cubic inch machine, their first with rear suspension.

When you visit the National Motorcycle Museum, you can take in over 60 Harleys from a 1908 “Strap Tank” to a 100th Anniversary CVO Road King plus a huge collection of Harley-Davidson signage, original package parts and promotional materials.