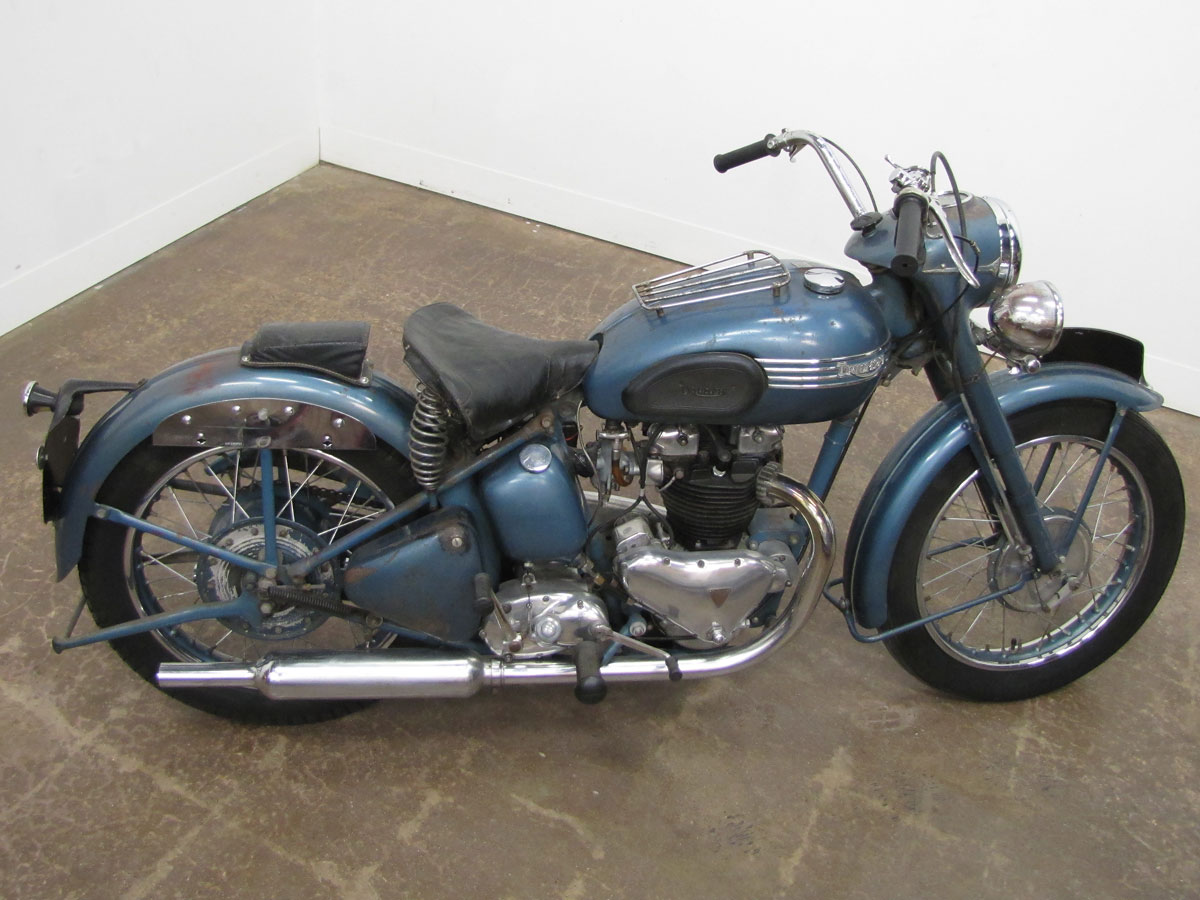 The Triumph Thunderbird will forever be remembered by the motorcycling public as the bike Johnny (Marlon Brando) rode in the 1953 film The Wild One, his stolen trophy lashed to the sleek headlight nacelle. But after uncrating and testing the first 1950 model received, the U.S distributor, Johnson Motors, dubbed it the “cast iron snail.”

The first 6T Thunderbird was an iron head machine but by 1961 the Thunderbird had a lighter alloy head and in 1962 unit engine/transmission construction. Suspension transitions included going from Triumph’s sprung hub to typical twin shock / swing-arm rear suspension. 1952 was the first year of positive ground electrical, the larger seven inch headlight and SU type carburetor, replacing the classic Amal for awhile.

There was always considerable discussion between the American distributors of Triumph motorcycles and the corporation in England. Triumph appearance and styling were almost always well received especially after Edward Turner was brought in to design new machines. But Americans wanted more cubic inches for better performance. Soon after World War II’s end, Triumph started work toward larger engine offerings, more power. Bored out with some internal strengthening, they came up with another 150 cc’s or 10 cubic inches in their parallel twin. Making it a 650, they called it the 6T Thunderbird. The Thunderbird appears rigid, lacking rear suspension, but in fact uses Turner’s sprung hub design. Inside the massive 17 pound hub are springs to absorb bumps in the road. Up to about two inches of travel was offered.

First machines shipped out to the U.S. distributor were 1950 models. Johnson Motors staff, near Los Angeles, were first to try out these new Thunderbirds which had been tailored to the U.S. Market. These were not only marketing guys but rather very experienced American racers and tuners working in the U.S. distribution center. Knowing what American riders wanted and what a good running bike felt like, they had the right to criticize…which they did. The Thunderbird was under-carbureted and that Thunder Blue paint plus a shortage of polished aluminum and chrome made the bike lifeless. Triumph listened and within a couple of years the Thunderbird was refined. Black and Polychromatic Blue were colors offered in ’52. You might recall the era of “bathtub” Triumphs, another time American riders, dealers and distributors spoke up.

This great original condition 1952 Triumph Thunderbird is part of the Randy Baxter Collection. Baxter’s shop in Marne, Iowa offers new Triumphs but is also an important source of vintage Triumphs and parts. When you visit the National Motorcycle Museum and walk through the displays you’ll see over a dozen Triumphs from a 1917 Model H to a 1967 Bonneville TT Special heavily modified for hillclimb competition, even a great mid-1970’s dirt tracker ridden by Gary Scott.