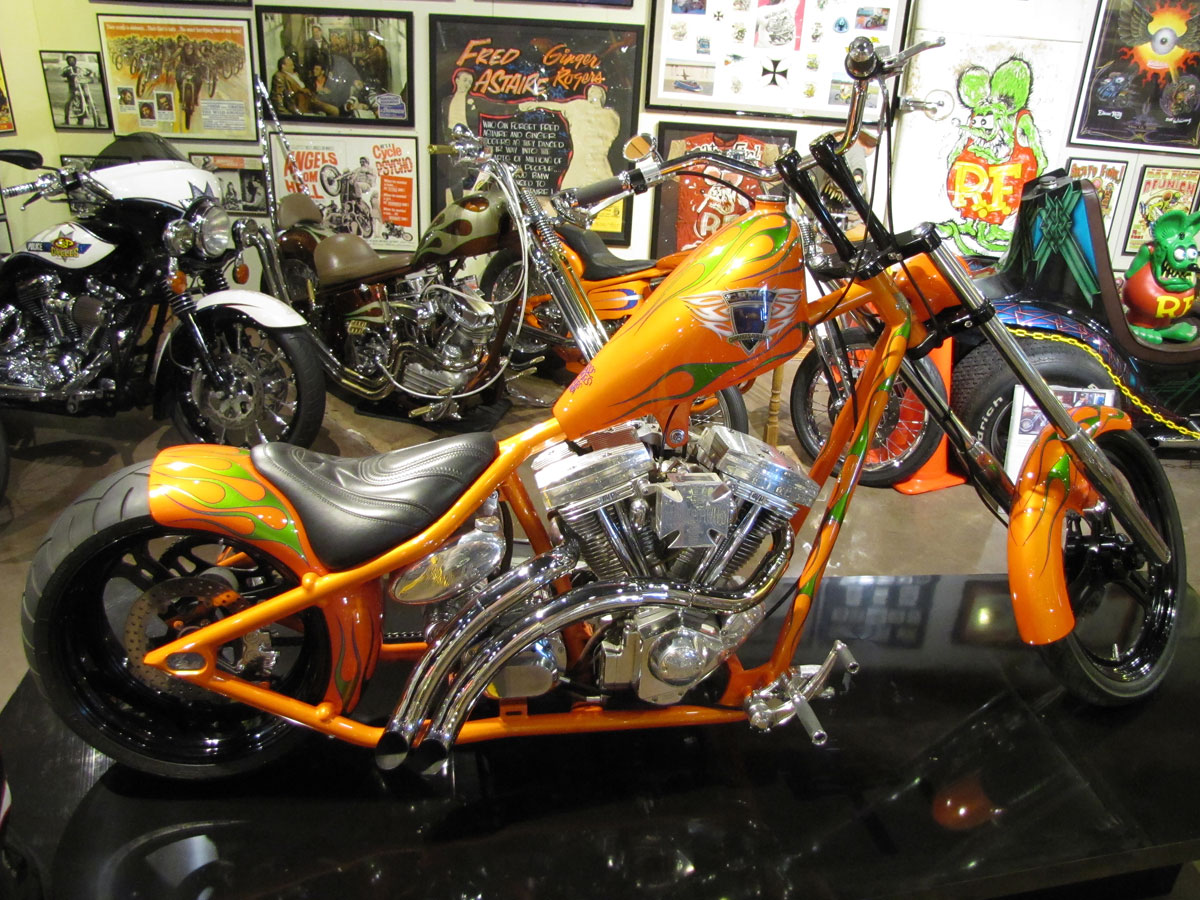 To promote the Camel cigarette brand, for many years R.J. Reynolds presented a competition of custom bikes built by America’s best shops. In 2000 Jesse James was one of several builders invited to design and build a Camel Roadhouse bike. El Diablo was James’ eye-catching response. It came away as the year 2000 Road House competition winner.

By 2000 Jesse James was very much on top of his game and the world of customizing, rather building motorcycles. So much so that West Coast Choppers offered frames, forks and other components as starting points for other builders. Here the El Diablo rigid frame and El Diablo forks, lengthened 12 inches, a long James-formed tank, blacked out wheels and a vibrant paint job set the tone.

But even with Jesse James such creations are a collaboration of specialists. Jerry Merch, Merch Performance supplied the 131 cubic inch engine which got further tweaking at James’ shop by engine builder Bruce. Paint is by Damon’s, chrome was done by South Bay and assembly was done at the West Coast Choppers shop.

The bike was featured on the cover of Easyriders in July 2000. After a customer backed out of a commitment to buy the finished bike, El Diablo wound up back at West Coast Choppers on display for a year. A builder himself, yet a student of custom bike builders for many years, in 2001 Jaey Sedlacek toured the WCC shop at just the right moment and became El Diablo’s new owner. “When I first saw El Diablo on the cover of Easyriders I knew I would own that or one like it before my motorcycle days were done.” In late 2013 Sedlacek decided to donate this bike and two others knowing the National Motorcycle Museum would display them for thousands of visitors to enjoy each year. El Diablo uses American style V-twin power, but there are over 20 other customs at the Museum powered by Indian, Yamaha, Harley-Davidson and Triumph engines. There are even Benelli and Hercules based customs.