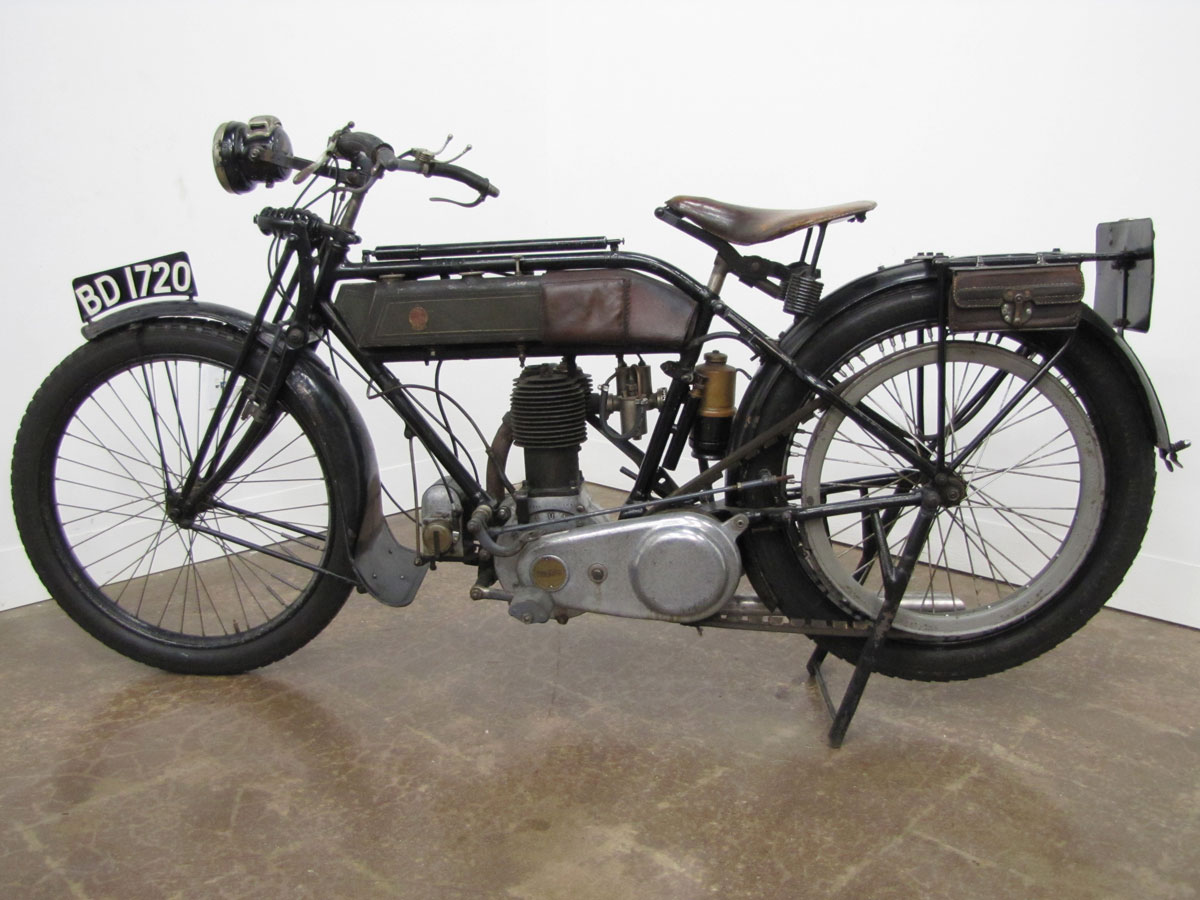 The Triumph Company Limited got its start in England around the same time Ford Motor Company, Indian Motorcycle Company and the Harley-Davidson Motor Company were being formed in America. In 1902 Triumph launched its first motorcycle, a 2.25 horsepower lightweight machine. For the first few years the engine was sourced from a Belgian manufacturer.

With its origin as a bicycle manufacturer starting in 1885, in 1905 Triumph began making its own engines, no longer relying on Minerva, Fafnir or J. A. Prestwich (J.A.P.) as suppliers.

The Model H arrived in dealerships in 1915 equipped with a hand-shift Sturmey-Archer 3-Speed “countershaft” transmission. The Model H, which lacked the pedals of its predecessors, served in large numbers during World War I. Discontinued in 1923, records show about 57,000 Model H Triumphs had been manufactured.

The original Triumph company, Meriden, England, went bankrupt in 1983 and closed its doors. Industrialist John Bloor bought rights to the name around that time and began the successful manufacture of Triumphs at his plant in Hinckley, England around 1990.

Classic Triumphs are highly sought after by collectors. New Triumphs are available in a wide range of designs from adventure bikes to bobbers and high performance sport bikes. A good number of new machines feature three cylinder engines, a design used in Trident models in 1968 to 1976, but twins and four cylinder engines power much of the new line-up.

When you visit the National Motorcycle Museum you’ll see Triumphs from many eras in stock trim but also specially built for drag racing, land speed record, hill climb and dirt track. There are also several fine customs including the Von Dutch Triumph, a machine remarkable for its sleek minimalist lines.