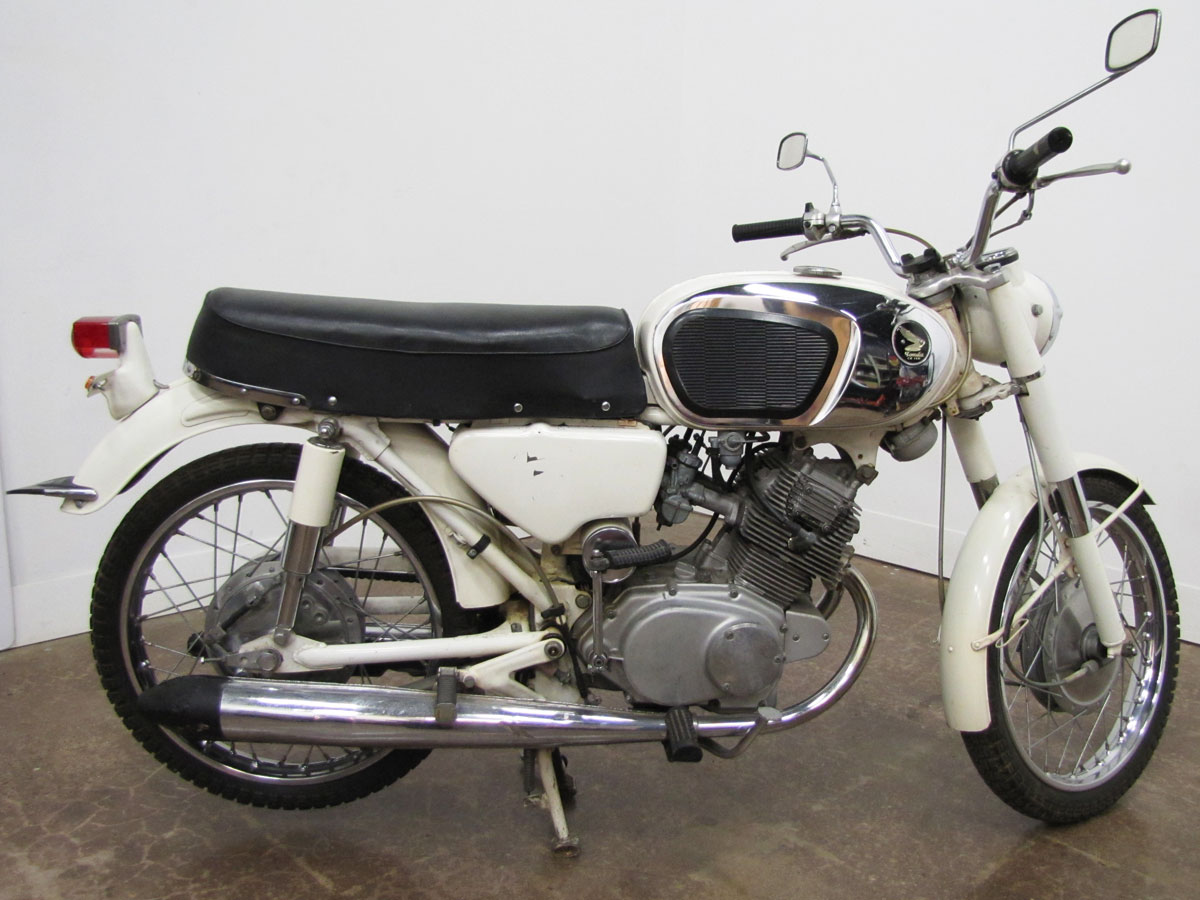 Most any high school kid in the mid-1960’s was aware of Honda’s very cool offerings. They knew about and could afford the step-through 50 and Super 90, but the 250 and 300 Hawk and Super Hawk were a bit pricey. With its trim silver fenders the CB160 had the sport look of Honda GP bikes of the time and a lot more serious suspension than the CA models with leading link forks. Tens of thousands of CB160’s were sold through 1969. They served as a great introduction to motorcycling and Honda performance and durability. Honda was making lifetime motorcyclists in the 1960’s and all manufacturers have benefitted in the following five decades.

By today’s standards, and like European bikes of the time, this 160cc bike is small. But most of Honda’s over square twins could be rung out to 9000 to 10,000 RPMs. So the ride and sound were thrilling, especially with the larger Hawk models. Crankshafts were robust in design using roller and ball bearings. Oil consumption was rarely a problem, electrics pretty dependable. If you kept clean oil in your CB160 you could flog it for thousands of miles. The CB175 Super Sport followed with a few improvements and both are heavily road-raced today.

Conventional styling pointed to the chrome tank panels, black frame, fork and headlight shell, but red, blue and white bikes were also available, most with silver fenders and air cleaner covers. But like this CB160, those with white frames usually received white fenders and air cleaner covers. Most seats were black, but some blue bikes got blue seats. White CB160s and CB77s seemed to sit on showrooms quite awhile, and many were repainted black with silver fenders later in life.