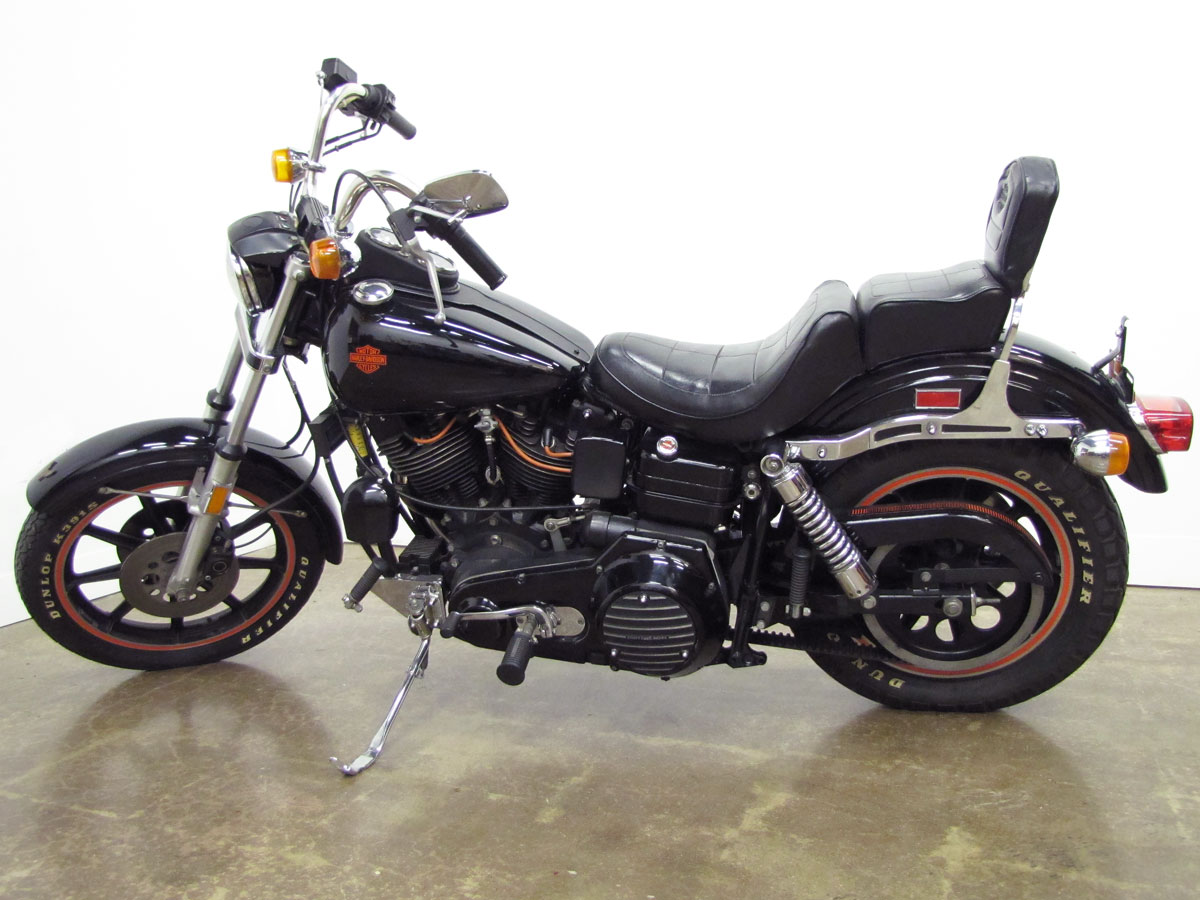 In 1980, technology was brought to the popular Harley-Davidson FX line-up in the form of a rear belt drive on the Shovelhead powered machine. The Super Glide, a combination of the FL engine and frame with a Sportster front end created by Willie G. Davidson, was introduced in 1971 with the “boattail” seat design but was soon made more traditional. In 1980, the newest rendition of the Harley-Davidson Super Glide was the FXB Sturgis; B for belt drive and Sturgis for the South Dakota town hosting the annual summer gathering of motorcyclists. 1982 was the first year of the reorganized Harley-Davidson where 13 employees, lead by the late Vaughn Beals, bought the company from AMF; a great moment noted by a special badge on the front fender.

Black and orange are classic and immediately popular on the Sturgis, especially with the red trimmed cast wheels. The belts, manufactured by Gates Rubber Company used Aramid fiber, provided cleaner, quieter operation, no adjustment or lubrication was needed and they outlasted roller chains.

The Sturgis belt drive system worked well and has been accepted by Harley-Davidson followers. This first run was as a limited edition machine. The belt drive system soon spread to other models. The Sturgis model was revived as the FXDB in the 1990’s with the Evolution design engine.

This 1982 Sturgis is one of over 70 Harley-Davidsons on display at the National Motorcycle Museum. When you visit you can view everything from a 1908 “Strap Tank” to a 2003 CVO Road King plus hundreds of pieces of memorabilia and signage.