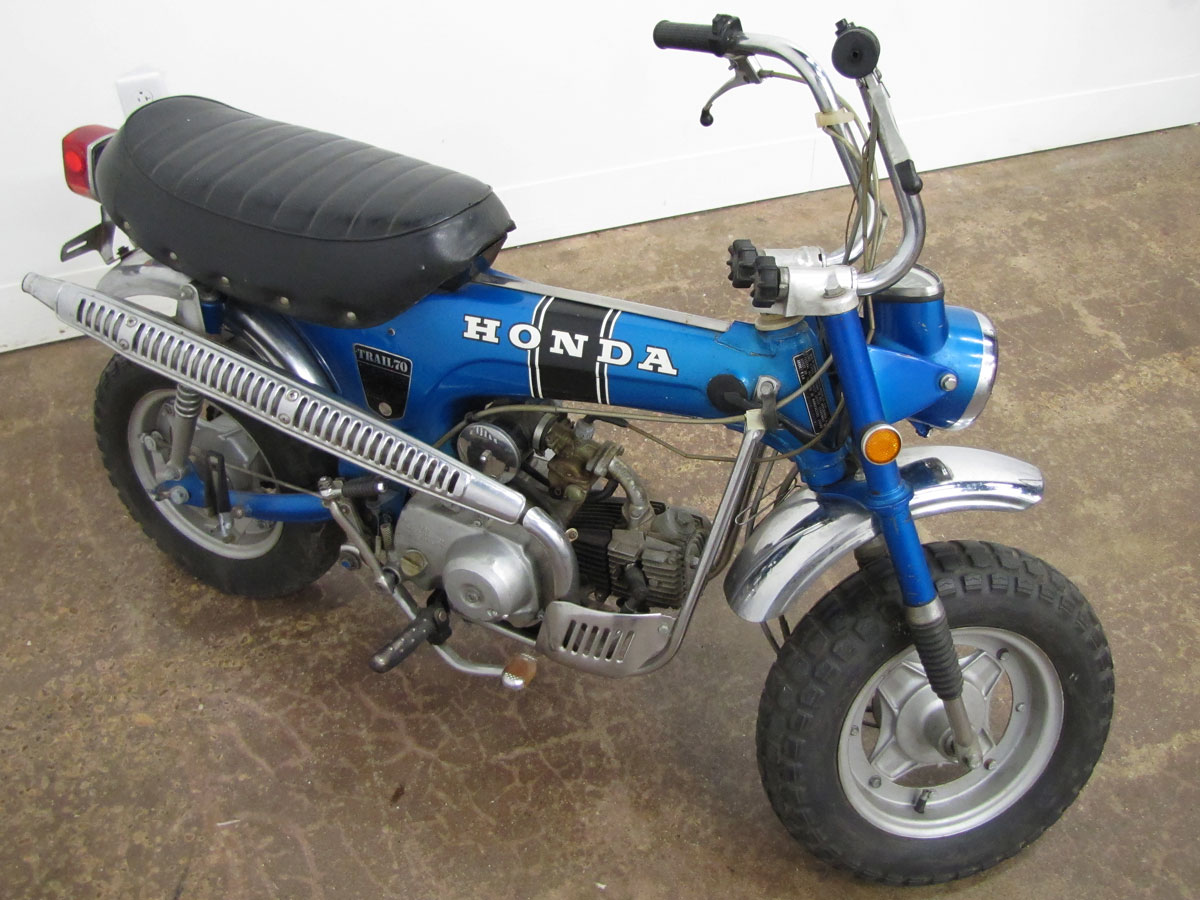 In 1969, Honda had been building motorcycles for a little over 20 years, selling them in the U.S for only 10. Yet their model line was large and growing, as was their dealer network. The C100 “step-through” 50 was a huge hit, but they lacked a machine for youth and small people at least in the US. In 1961 in Japan, visitors to the Honda park named Tama Tech Park could take rides on the Honda mini-cycle CZ100 they nick-named the Monkey. Its small stature put riders’ elbows and knees out, hence the name. The CZ100 was first sold in Japan in 1964, Europe in 1967 and came to the U.S. in 1968. With its small size, folding handlebars and semi-automatic transmission, it was a huge hit and still is.

Assuming model development happened rapidly and there were components shared by many Honda models, the CT70 Trail 70 came soon after the Z50. Larger and incorporating a pressed steel “T-Bone” frame with front and rear suspension, the CT70 was street legal in most places in America and fit kids and adults well. Like the Z50, it came in bright candy colors with just the right amount of chrome. Unlike the Z50, some CT70s were made with typical 4-speed manually shifted transmissions, though most of the 380,000 production from 1969 to 1982 were semi-automatics like the Z50.

These overhead cam engines were in a mild state of tune and pretty bullet proof as long as they had oil in the crankcase. Most were pounded around yards by the family and the neighbors for many years before being handed down. The average dad, mom or local dealer, could keep them running. Like today’s ATVs and side-by-sides, there was also a commercial market for the CT70; ranchers, the park service and more.

Honda and other Japanese makers are once again bringing us interesting under-sized bikes, like the Honda Grom, Honda Monkey 125, the Kawasaki Z125 Pro and the recent anniversary Honda Z50. They are more sophisticated, look and work better and cost about 10 to 15 times what the Z50 Mini-Trail cost in 1968. But there is great appeal in “small.” Plus, who knows how many kids became life-long motorcyclists because of machines like the Honda Trail 70.