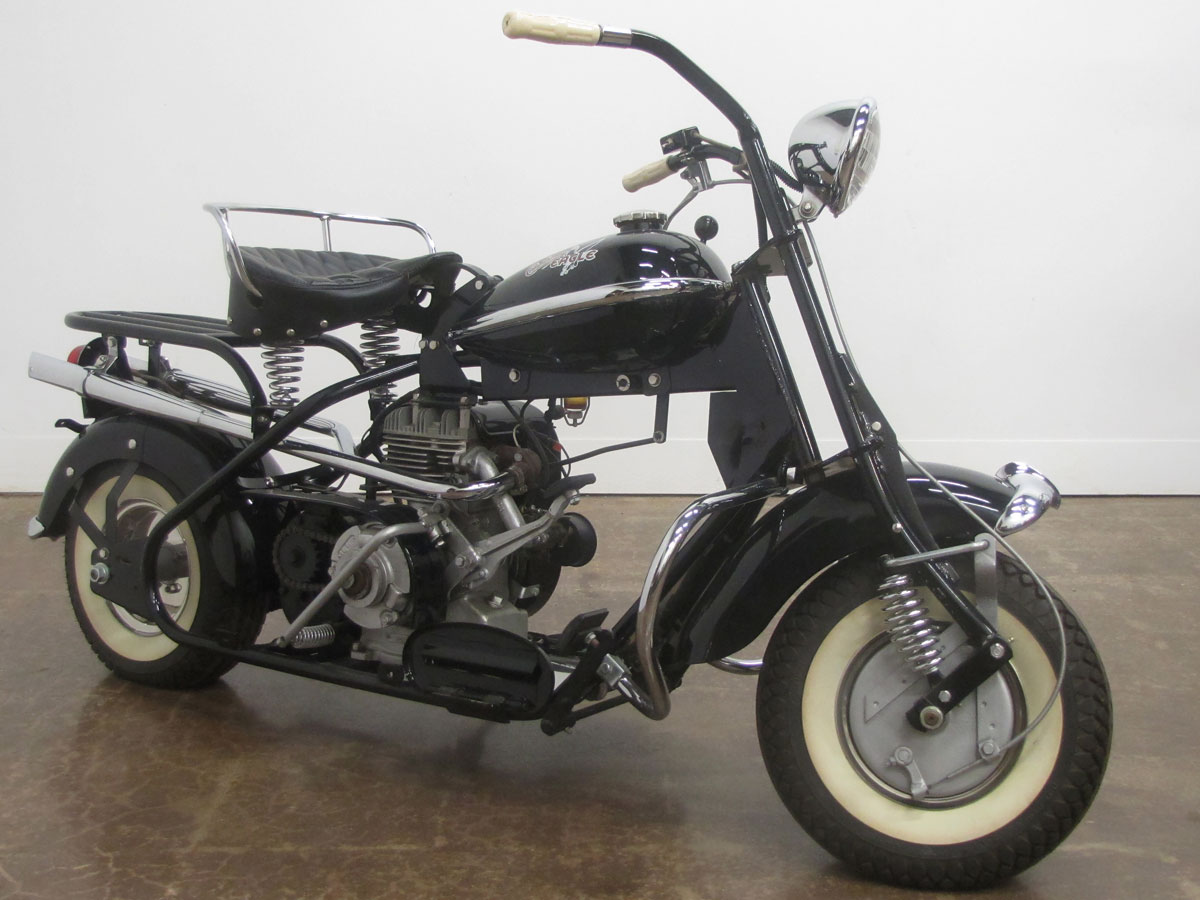 Back in the old days, at 14 years of age in many states you were eligible for a license to ride a scooter. So machines like the Cushman, Allstate, Vespa, Lambretta, even the Harley-Davidson Topper were a pathway to a real motorcycle when you turned 16. Eager for two-wheeled mobility, you looked for good used machines and learned basic mechanics while you rode and repaired. Some lucky people could afford a new scooter, maybe even a Cushman Eagle!

Cousins Everett and Clinton Cushman began building engines in 1901. Early power-plants were branded “Husky.” Over the years these engines powered lawn mowers, race boats, plows, pumps and more. But the Cushman Motor Works of Omaha, Nebraska, which came along later in the lives of the Cushman brothers, also established a good reputation by building motor scooters. Some say the Cushman brothers were impressed with the Salsbury, an early CVT drive scooter and decided to apply one of their existing engines to a scooter design. The first was the famous Auto-Glide model which they started to manufacture in 1937. Then in 1949, Cushman redesigned its 50 series scooter borrowing styling cues from big American touring motorcycles like the Harley-Davidson Hydra-Glide. The newly named Cushman Eagle Motorcycle became the firm’s best seller ever.

While Cushman scooters were fine products in the 1950’s, they could not endure competition from Japanese motorcycle manufacturers who brought price and sophistication along with better distribution and marketing. Cushman assembled its last typical consumer type scooter in 1966. Turf maintenance equipment, industrial vehicles and golf carts remained viable for the company which has been owned by several manufacturing conglomerates over the years. (NOTE: The Cushman II is a currently available, new DOT legal version of the old Cushman design.)

In addition to the basic Eagle, more stylized and better equipped Cushman Eagles were available, the Super Eagles and Silver Eagles got up to 9 horsepower from the new Super Husky engine. The Silver Eagle was a fully optioned model with a price tag to match. It featured an electric starter, a Buddy Seat, saddle bags, turn signals, twin mirrors, speedometer and windshield and offered special order paint schemes. You can see this Cushman and a couple of others, plus a Salsbury, a rare Iowa-built Egley, Dooblebugs and numerous European and Japanese scooters when you visit the National Motorcycle Museum.