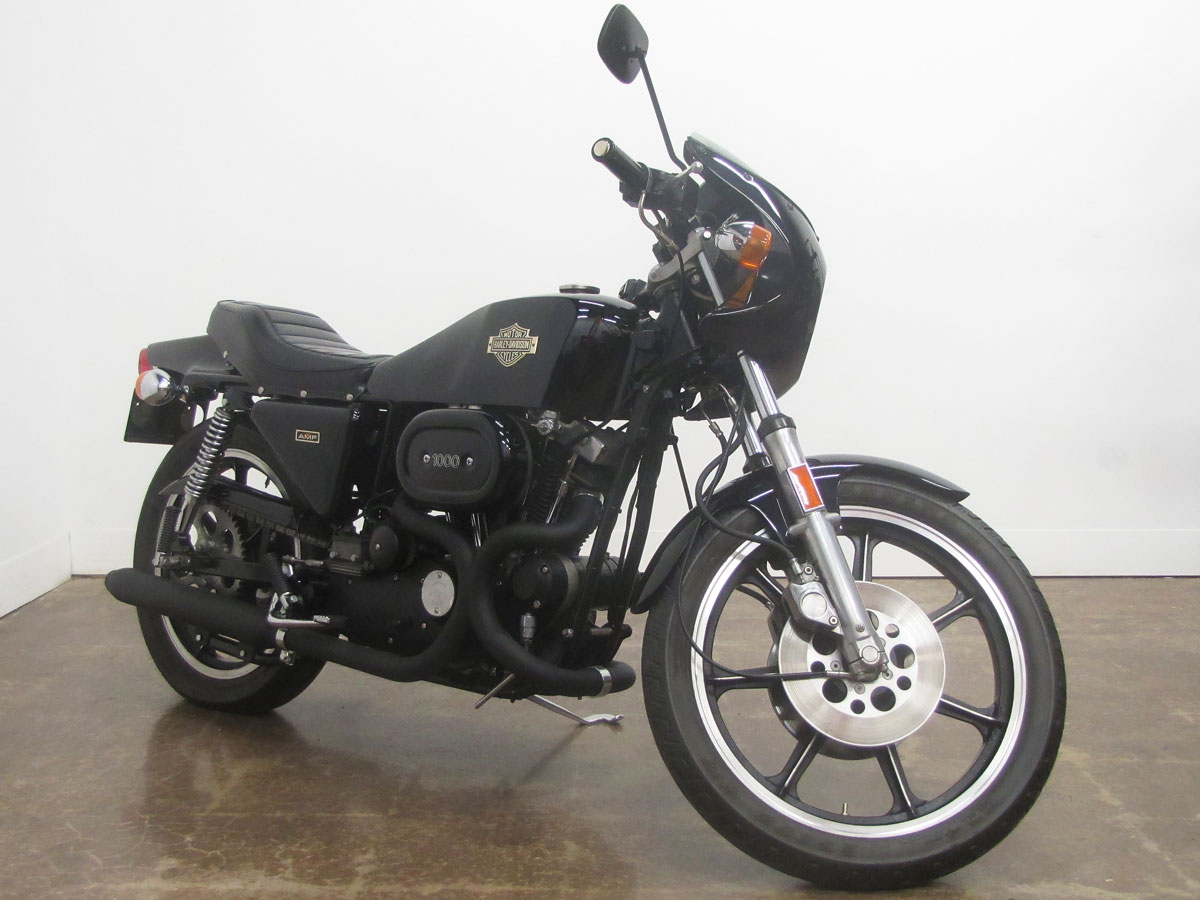 Taking design cues from the sleek, minimal and wildly successful 1970 – 1980 XR750 dirt track production racer, Willie G. designed the XLCR Sportster to compete with the sport bikes coming out of Japan at the time. But Willie also went a more traditional route with frame design when he used shock locations from the XR750, a bit farther forward, and got some room for the oil tank and battery. Flat bars, rear-set foot-pegs and cast aluminum wheels also broke new ground as they borrowed from road racers of the period. But compared to the competition, the 1950’s design XL motor was down on power and handling was only good.

Oddly, combining XR750 and Sportster legacy, the Cafe Racer was still a bit foreign to most of the Harley-Davidson customer base and dealers and never really caught on. Soon relegated to “collectible,” low miles machines are highly desirable today.

After about five years in the Harley-Davidson Design Department, Willie G. Davidson was promoted to Vice President of Styling in 1969. The boat-tail design, one of his first, appeared as an option available on 1970 and 1971 XLCH and XLH Sportsters and was part of the Super Glide design, and the XLCR followed a few years later. Although the Buell line arguably filled this niche very well, with Buell gone some say Harley-Davidson should do this model over again using current chassis tech and a new engine and make a machine similar to the just announced Indian FTR1200.