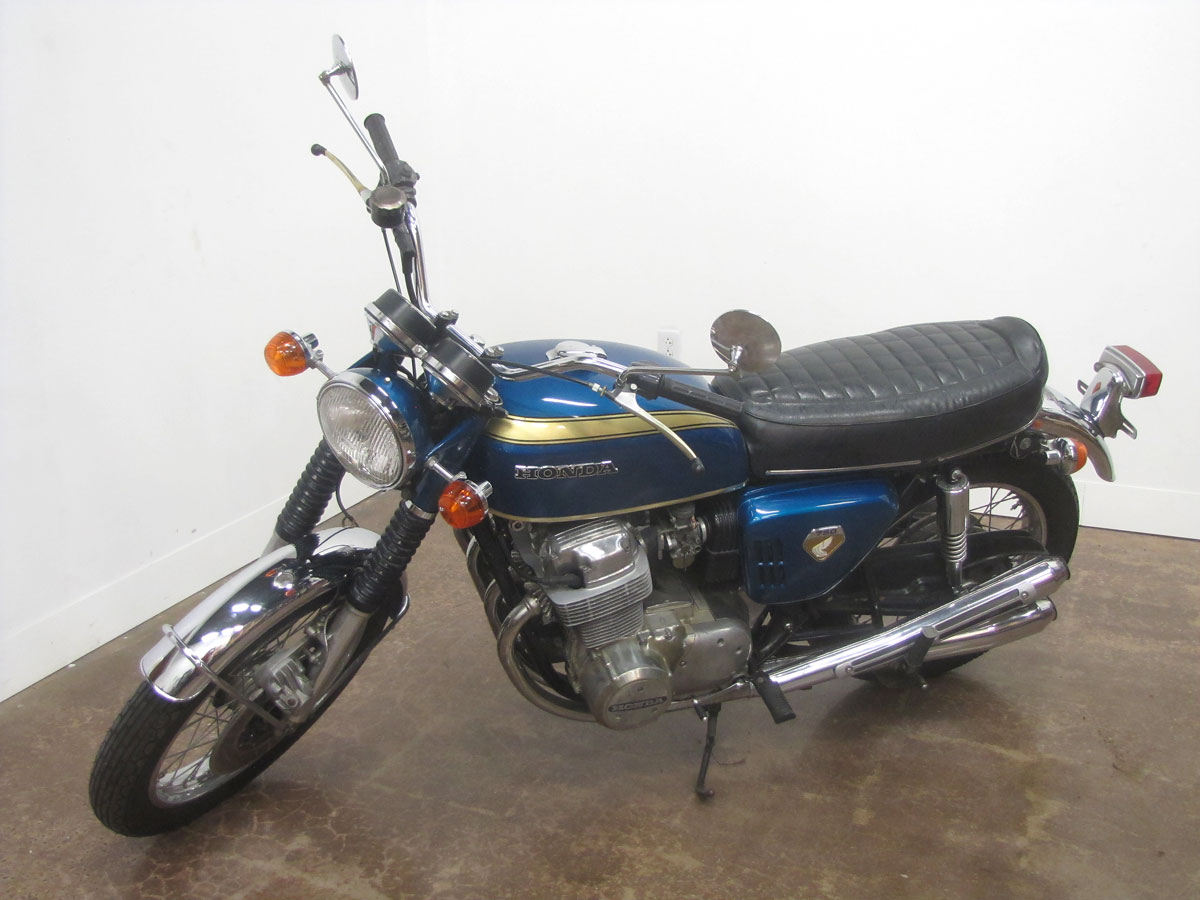 Having first made a four cylinder Grand Prix racer about 1960, Honda applied their 250cc four-cylinder GP racing experience to their street machines when they introduced the revolutionary CB750 in 1969. It was the first mass production street motorcycle with a disk brake. Styling was a bit “British” as was the dry sump oiling approach. Typically a roller- and ball-bearing engine company, the CB750 employed automotive type plain bearings to the one piece crankshaft and the four connecting rods plus the camshaft. Dunlop and Bridgestone upped their games with new sports profile tires.

Never before, and never since, has the world seen such a powerful offering of new machines as they did in 1968 and 1969. Triumph, BSA, Norton, Honda and Kawasaki simultaneous rolled out the hottest, best handling, most stylish machines ever. Soon after the CB750 hit the streets, Honda even won the Daytona 200 with Dick Mann as rider. Competition was hot, but most agree the CB750 Honda was then tops in performance, styling, reliability and price, though it may have lost its top billing when Kawasaki introduced the Z1 in 1973. After ten model years, it was replaced by the DOHC powered CB750F in 1979. Hundreds of thousands of SOHC CB750’s were made with the earliest 7400+ “sandcast” engine machines being the most desirable. The subject of this story is from the later batch of K0’s and employs die-cast engine cases.

Today, all “K0” CB750’s are widely sought after by collectors. These and later SOHC K versions also continue to serve as a basis for cafe racers, customs and choppers. When you visit the National Motorcycle Museum you’ll see a wide range of Hondas from the mid-1950’s J models up to the CBX, a VF750F Interceptor and numerous off-road machines.