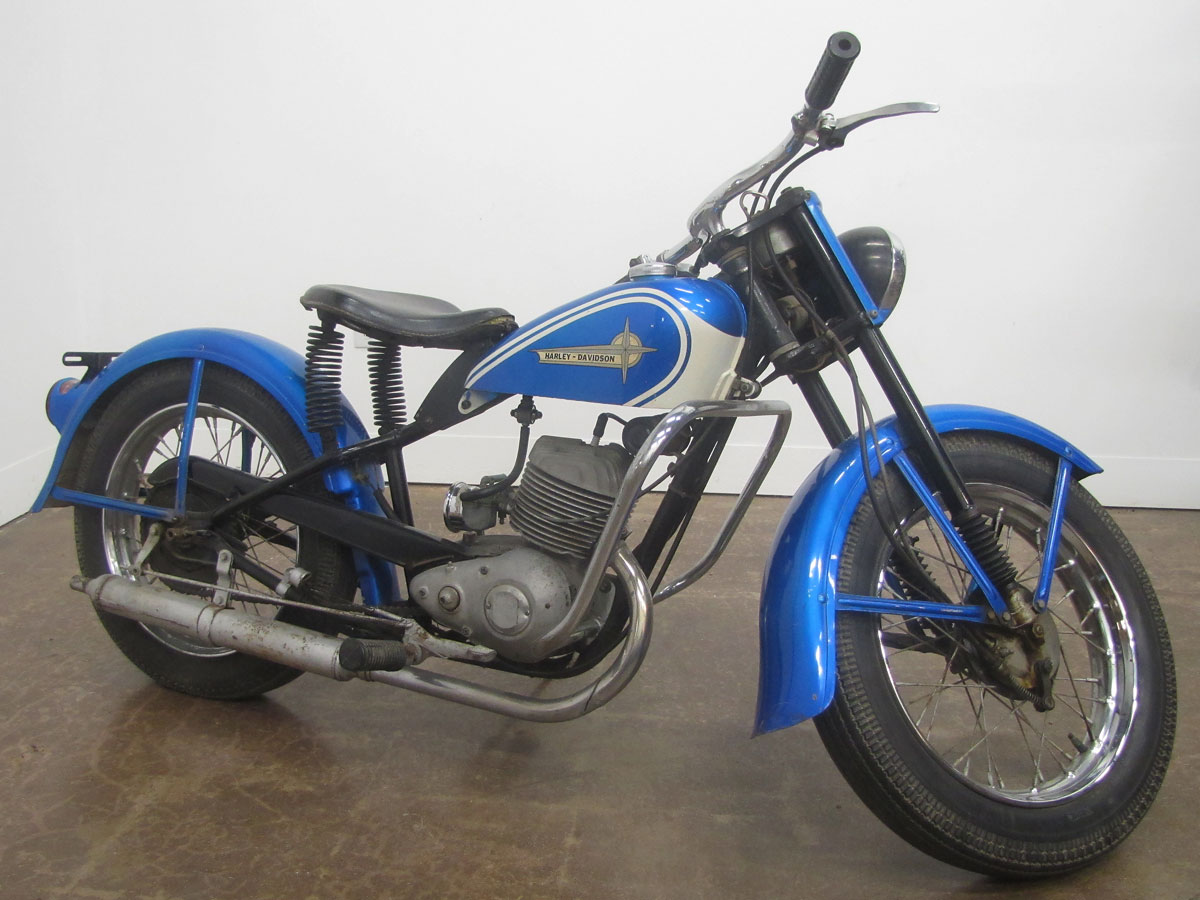 Small and entry level motorcycles were never a big part of Harley-Davidson’s model lineup before World War II. Yes, there have been early 21 cubic inch machines and the 35 cubic inch Sport, but dealers, especially in the 1930’s and after World War II focused more on 45, 54, 61 and 80 cubic inch sport and heavy weight touring machines; their customers demanded them. But along with some European countries, the World War II Reparations Act gave Harley-Davidson the rights to the German DKW RT125 design. We saw the British BSA Bantam and Harley-Davidson S-125 as a result. About 12 years later the Super 10 grew out of the S-125.

It is said that Harley dealers did not much embrace this little two-stroke machine, but sales figures show 10,000 were sold in the first seven months of 1947! Of course it’s likely many riders were young and this sealed a relationship that ensured future sales of bigger machines.

As time went on changes to the chassis and engine were made. After the original S-125 came the Model 165, a 165cc bike. In 1955 the first Hummer came along, but used the smaller 125cc motor and was “no frills.” The Hummer name came from dealer Dean Hummer who was for a time #1 in sales of the little two-strokes. Next came the Super 10 which replaced the S-125 and the Hummer. With rear suspension and a slightly larger engine, the Scat was introduced in 1962, then in 1966 the Bobcat with a fiberglass unit body. About 1960 Harley-Davidson purchased 50% of Aermacchi, the Italian motorcycle manufacturer. This lead to new ranges of two-stroke and four-stroke machines including formidable 250 and 350cc racers. DKW-based and Aermacchi-based, many of these bikes are on display at the National Motorcycle Museum as part the collection of Harley-Davidsons numbering over 80.