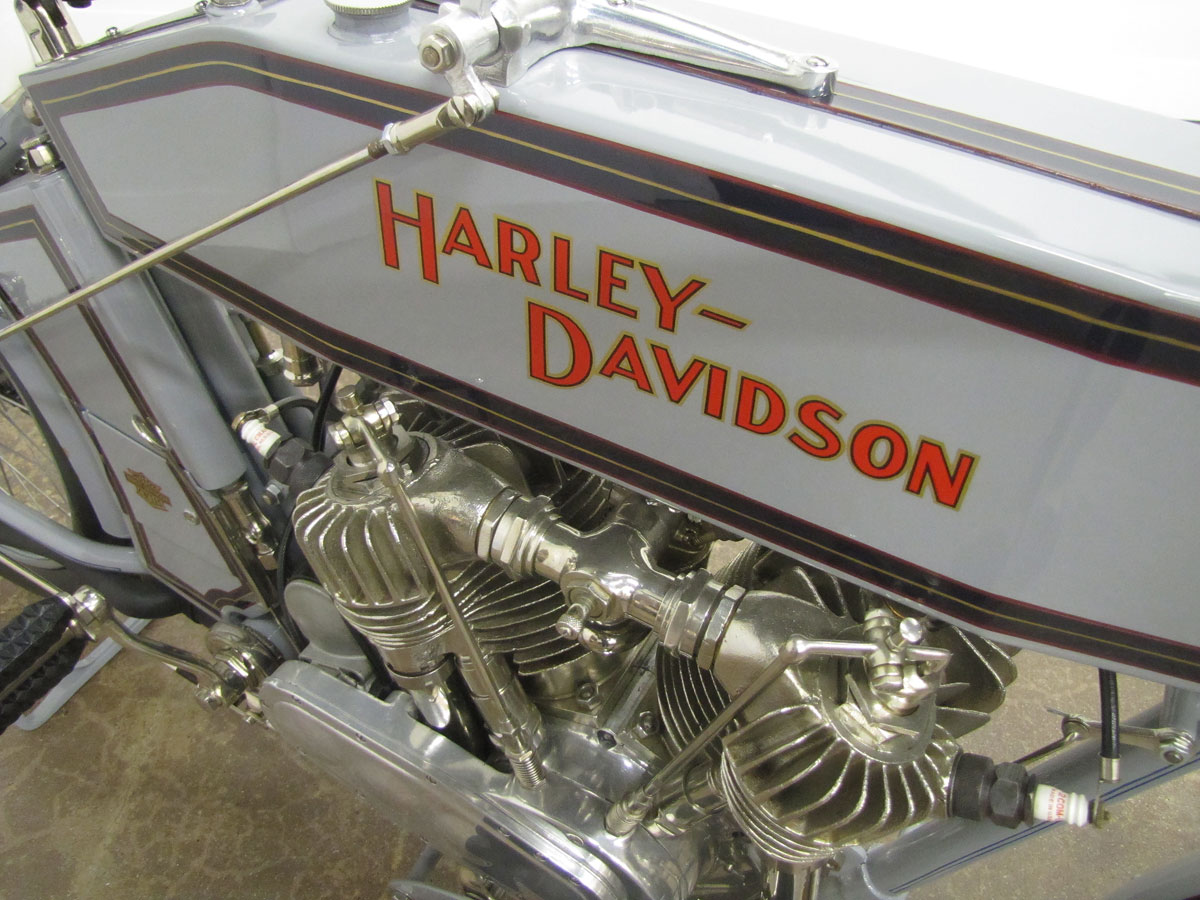 A V-Twin with “step-starting,” chain final drive and a 2-speed hub marked a big advancement for Harley-Davidson.
Harley-Davidson entered the modern era in 1914 with their first multi-speed big twin. It incorporated an in-house designed 2-speed in the rear hub, a design common in bicycles, and the ability to change gears was a huge advance in a motorcycle’s ride-ability. The transmission proved tricky to keep in good adjustment, and its tight tolerances combined with riders’ unfamiliarity with the mechanism meant two-speeders were often problematic.
Another first for the 10F was the “step-starter,” much like today’s kick-starter. With the first proper kickstarter, the 1914 models evolved further away from their bicycle origins. The kicker design allowed Harley-Davidson to introduce footboards to many of their models. They were hinged for starting, as was the pedal of the new foot-clutch assembly. With no pedaling gear, the coaster brake was gone so a band brake was added to the rear wheel. For the all-chain driven twin-cylinder models, there was also an expanding band of friction material that rubbed against the inside of the seven-inch diameter brake drum. This was Harley’s first drum brake, and for the other belt-drive models, an external band contracted on the brake drum.
This 1914 Model 10F two-speed twin was restored by Charlie Gilmore and is a beautiful example of this first-year 2-speed Harley. When you visit the National Motorcycle Museum you’ll also see a 1908 “Strap Tank” Harley and dozens of other fine Harleys. Some, like Charlie’s ’14 are restored to perfection, others are in nice original condition.
Specifications: