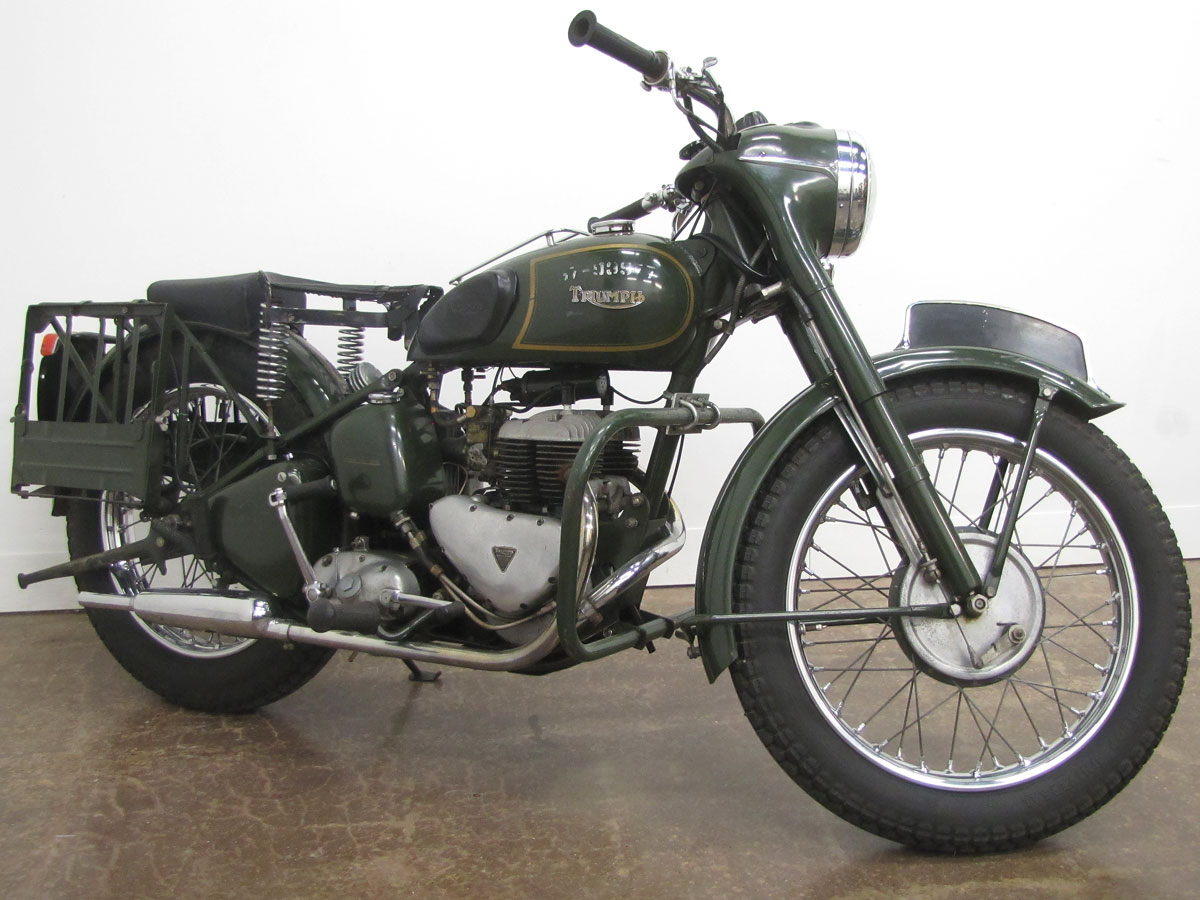 The British Army employed motorcycles as a matter of course, not just in times of war. So before and during World War II a number of machines from BSA, Norton, Royal Enfield and Triumph served a wide range of courier functions, were even tested for some battle services. These riders delivered secret signals, ration messaging and even located and launched carrier pigeons. What the British military learned about durability, service and handling by sometimes less than skilled riders and mechanics was employed in a new military standard. This lead to Triumph designing and building the TRW a couple of years after World War II’s end. Among other things the British Army demanded a motorcycle that could ford 15 inches of water and was inaudible at a half-mile range.
A 500 cc side-valve twin, or flathead, the 5TW prototype, appeared in 1942 from the pen of Bert Hopwood. But it never made production, only inspired the British Government’s Ministry of Supply to request bids for a 500 cc twin capable of better than 70 mph and 80 mpg at 30 mph, with a dry weight of less than 300 pounds and highly effective brakes.
In 1948 Triumph started building the TRW even though the British Army would buy very few by then; the TRW sold well abroad to other military services. A Classic Motorcycle story from January 1994 stated: “In a production run from 1950 to 1964 Triumph turned out 15,939 machines. Some reached other arms of the British services, but the vast majority were exported.”
Using a TR5T Trophy competition chassis, the 500 cc side-valve twin was assembled from cycle parts already in civilian production. This kept production costs down and the assembly lines flowing. A little over spec at 320 pounds, from 1953, it was competitive and, for military duty, was something of a pleasure to ride, still is today. Not being a country to give up on traditions, the British Army Royal Corps of Signals finally abandoned the TRW in 1969.
This very correct original Triumph TRW, though currently missing its seat cover, is on loan to the National Motorcycle Museum by Joseph Gagne.
Specifications: