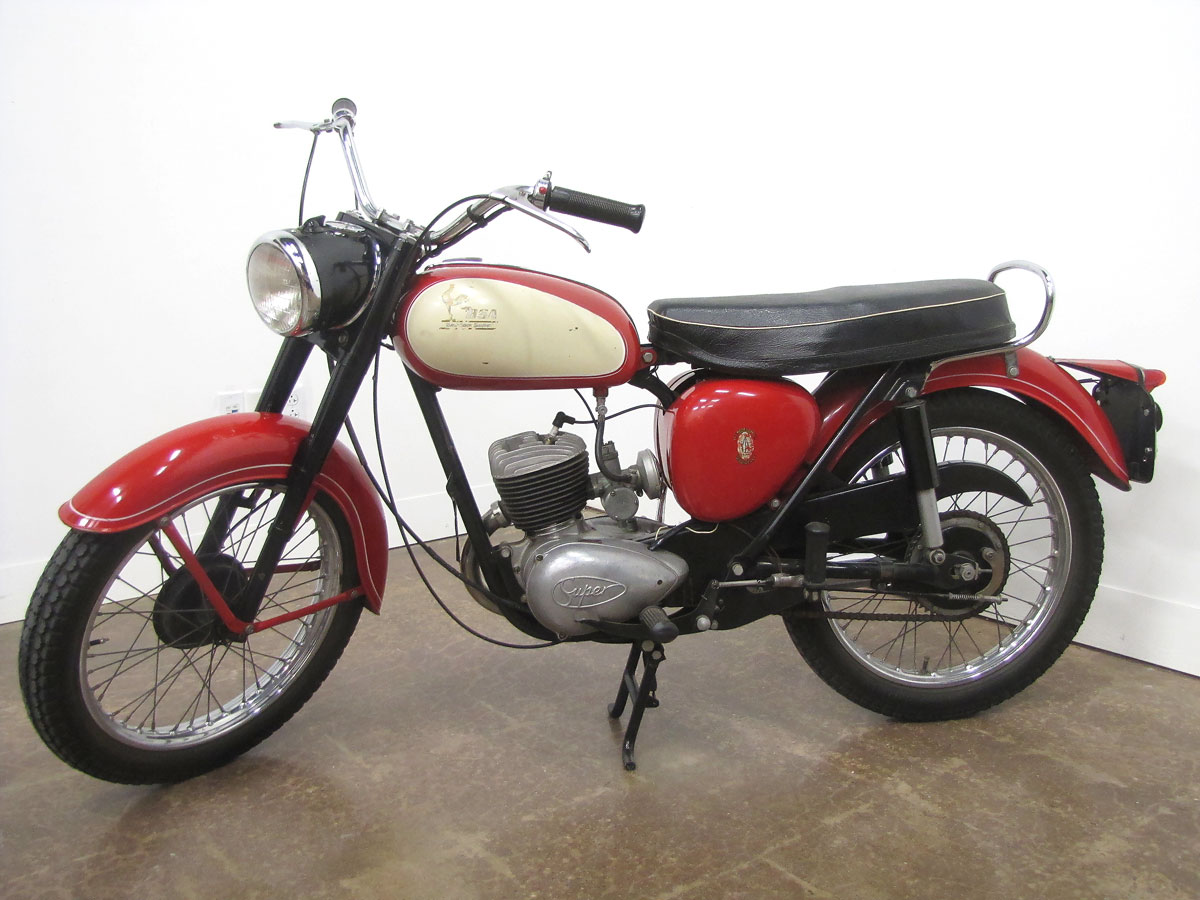 In 1954 BSA swept the first five places at the Daytona Beach 200 mile race. At that time racing was held on the beach course and BSA campaigned top riders on Gold Stars and the relatively new A7 twin. Bobby Hill and Dick Klamfoth took first and second places. Looking back, it’s hard to fathom BSA was at the time the world’s largest motorcycle maker. They were completely “on top of it” with a broad model line and great acceptance world-wide. Less than 20 years later, through bad decision making and the world passing them by, they were bankrupt and out of business. But along the way they provided sport motorcycles and practical transportation for thousands of Americans, Europeans and British.
The 125cc BSA Bantam, and later the larger 175cc models were a result of the World War II Reparations Act. As with the earliest Harley-Davidson Hummer design, the BSA Bantam two-stroke single was 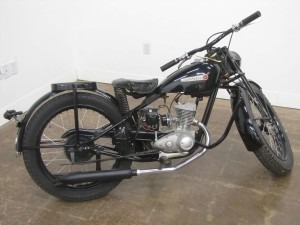 closely patterned after the German DKW RT125 motorcycle. The DKW was a basic piston-port induction two-stroke single originally in a “rigid” tubular steel frame. England was one of several countries that acquired the design and made basic post-War transportation for their citizens. In the first five years of production it was reported that 100,000 BSA Bantams were made.
Over the 20+ years of production about eight variants of the original 125cc machine were developed but all were dropped by 1971, around the year BSA closed its doors. After World War II when BSA started work on the rigid BSA version of the DKW, they flipped the engine design, created a mirror image making the kick-starter and shifter on the right side, typical of British bikes. They also converted fasteners from Metric to Inches and adapted Lucas electrics. The first Bantams were in dealerships in 1948, about two years after the Armistice.
It’s easy to appreciate this motorcycle’s practical history in light of other British motorcycle designs. But while BSA was continuing to refine and enlarge the Bantam adding rear suspension and other features, the Japanese “big four” were developing lightweight overhead cam twin four-strokes like the sporty Honda CB160 and high performance oil-injected two-strokes like those from Yamaha, Suzuki and Kawasaki. With the economy improving in England there was less need for light weight bikes like the Bantam anyway, but it was a sweet little machine with a great following.
The 175cc Bantam featured here is owned by Iowa resident and BSA fanatic, Ron Kingsley who inherited the bike and the BSA passion from his father, the late Dick Kingsley. The bike took awards at Vintage Rally 2016 and then went on display in the British bike area of the National Motorcycle Museum. Low mileage and unrestored, the Bantam keeps all its original paint and the great Bantam Rooster transfer on its fuel tank!
Specifications:

*Bantam – The name bantam is derived from the city of Bantam in Indonesia. European sailors restocking on live fowl for sea journeys found the small native breeds of chicken in Southeast Asia to be useful, and any such small poultry came to be known as a bantam. (Wikipedia)