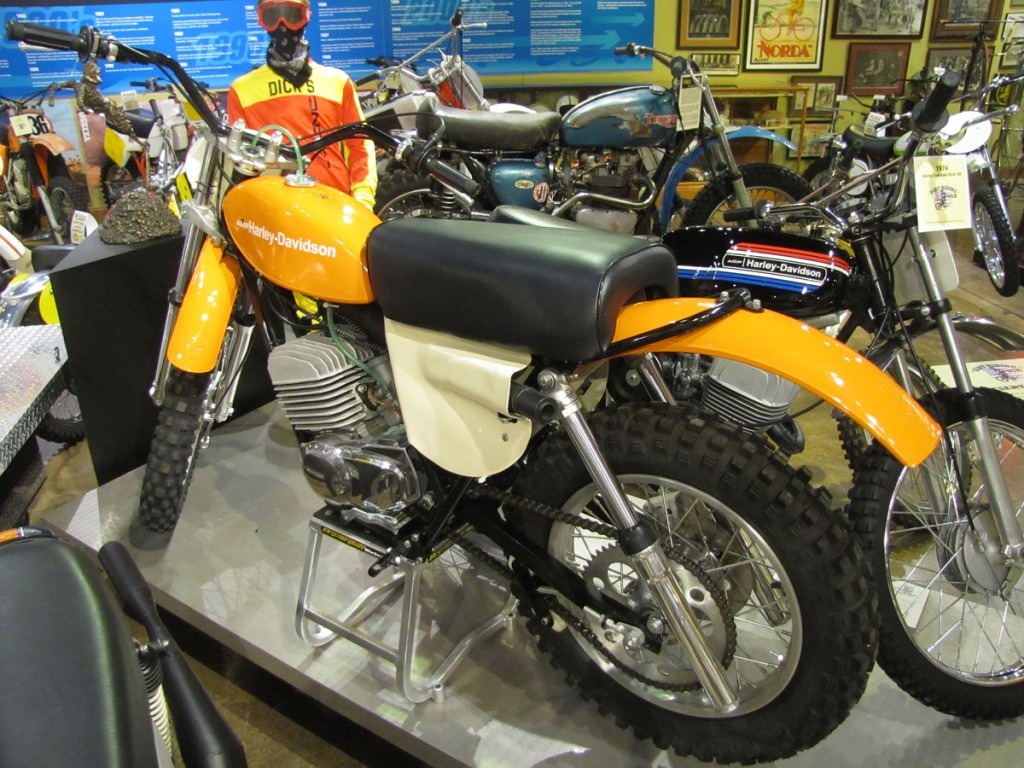 Looking back at the AMF (American Machine and Foundry) era at Harley-Davidson, and the earlier purchase of the Italian manufacturer Aermacchi, one sees Harley’s interest in adding small displacement, purpose built race bikes as part of their product mix. This MX250, the Baja 100 plus several other two-stroke “dual sports” and “street scramblers” were the result. But the 250 class (now 450 four-strokes) has always been where the important competition takes place and Harley dealers needed a good product mix.

Sonny DeFeo debuted the first Harley-Davidson MX250 in 1974. Amazingly, Bruce Ogilvie won the 1975 Baja 500 on one. But by 1975 motocross racing machine development was at a fever pitch and competition from European and Japanese manufacturers was fierce. It is said that American, German, Japanese and Italian parts and design principles were employed in the Harley MX250, and the component lists supports that. But the machine really only showed well in motocross racing during a brief factory backed team racing period with Rex Staten as rider. A new MX250 was released in 1978 and raced for two seasons with moderate success, never to be seen again. Pro dirt track riders like Jay Springsteen found some success in using the MX250 engine in dirt track chassis.

This prototype, one of 65 or so made with Kayaba fork tubes as rear suspension units, is extremely rare. Most of the production run was made with traditional coil over shocks at the rear. We thank Moto Armory, East Moline, Illinois for loaning this MX250 and seven other fine MX and enduro bikes, all part of the DIRT RIDING USA exhibit. Nearly 50 great bikes from Europe, England, Japan and America make up this exhibit which runs through 2018.

*As the MX-250 machine evolved over the years, components changed