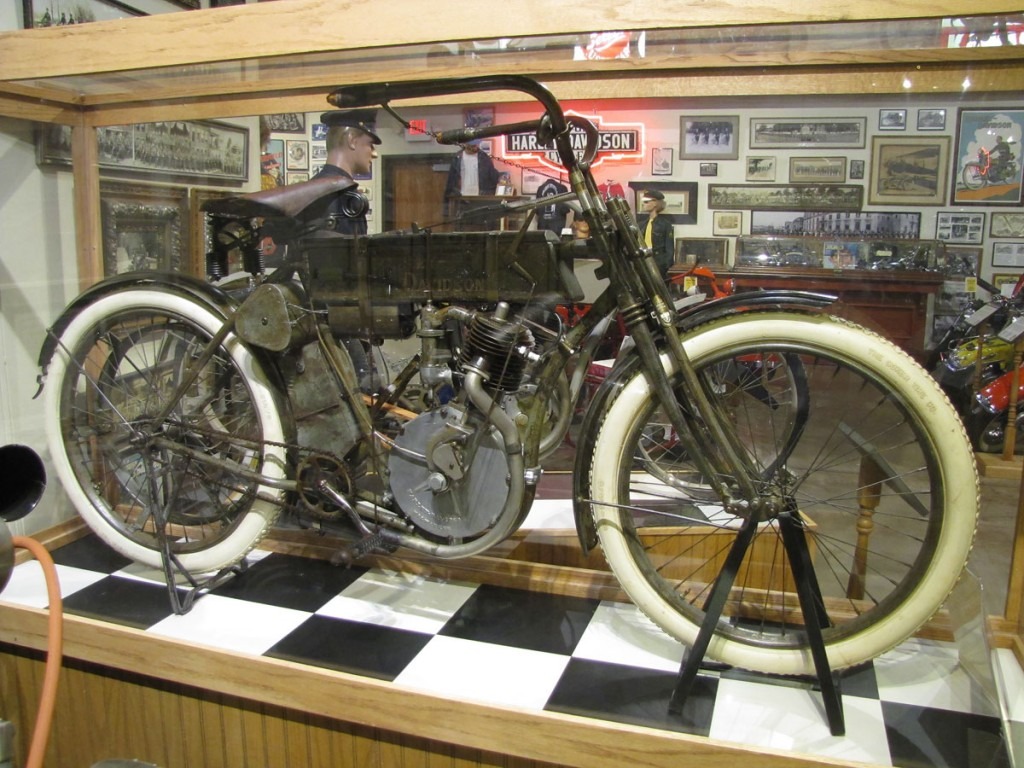 By 1908 the newer Harley-Davidson factory employed 18 workers and built about 450 motorcycles per year. This was just five years after the debut of the now famous 1903 Harley-Davidson Single. The loop frame and atmospheric induction single design was pretty typical for the time; both Indian and Harley patterned their motors after the successful French design by Didion-Bouton, as did many others.

In the beginning Harley singles were not “mass produced.” In 1904 and 1905 records show the team made only eight motorcycles. Changes over these first few years were subtle, but wider tires and a Sager-Cushion leading link fork were improvements, along with a change for easier valve adjustment. The Renault gray paint came along in 1906. By 1908 manufacturing was up to 450 units so you can imagine why early Harleys are now so rare and desirable!

Knowing that performance and dependability would help sell motorcycles, Walter Davidson won the famous Brass and Horns trophy in 1908 for running 50 miles on one quart and one ounce of gasoline. This greatly enhanced the reputation of his company and impacted sales. In 1909 3100 customers rode off on new Harleys! Working to develop a motorcycle with more power as offered by some of their competition, that year Harley showed its first v-twin design, but that’s another story.

Also on display in the National Motorcycle Museum is a 1909 Harley-Davidson single. But in total over 70 Harley-Davidsons are on display including customs, land speed record, drag, dirt track, MX and road race bikes, plus hundreds of pieces of advertising artwork, signs and memorabilia. It’s a great place to view the Motor Company’s design and engineering developments and progress that made it the only American motorcycle manufacturer to survive the 20th Century. In 2018 Harley-Davidson will celebrate its 115 anniversary In Milwaukee.