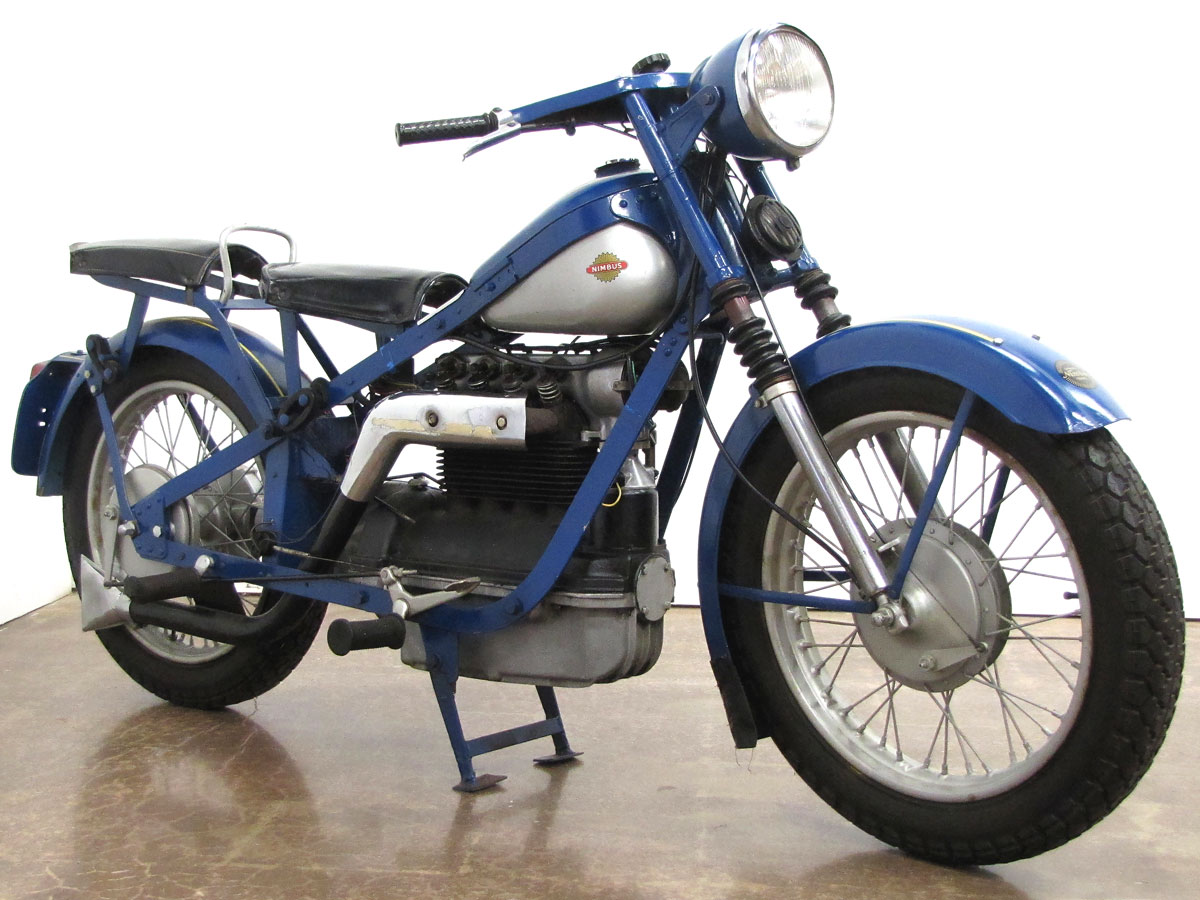 Generally inventive types in Denmark, Fisker and Nielsen were the first to invent and manufacture vacuum cleaners in Europe. Though they didn’t invent the shaft drive system, their first production shaft drive motorcycles came available in 1920 a few years before BMW started production. Of this first design about 1300 machines were made before manufacturing ceased in 1924.

Later Fisker and his two sons developed a somewhat more advanced overhead cam four cylinder motorcycle using shaft drive and a strap steel frame design and started selling them in 1934. In the coming World War II the Danish government purchased many Nimbus for use by troops.
In all about 12,000 Nimbus were manufactured. With little in the way of changes occurring over the years, upgrades the factory made on the newest bikes could be easily retro-fitted to earlier machines. Hand shift could be converted to foot shift, larger brakes could be installed as well as an upgraded fork. Note the exposed valve train allowing you to watch valve actuation!

Competition from better imported motorcycles and cheap automobiles impacted Nimbus sales.  The last Nimbus motorcycles were sold to the Danish government and production ended in 1960. Nimbus Club USA estimates there are as many as 7000 machines still in existence with about 200 in the United States. Danish days will be hosted by the Solvang Museum in California Sunday , September 17, 2017 and some Nimbus are likely to be there. There are dozens of European motorcycles on view at the National Motorcycle Museum, but of eight brands noted on a specialist website, Nimbus is the only Danish one most of us have seen in America.