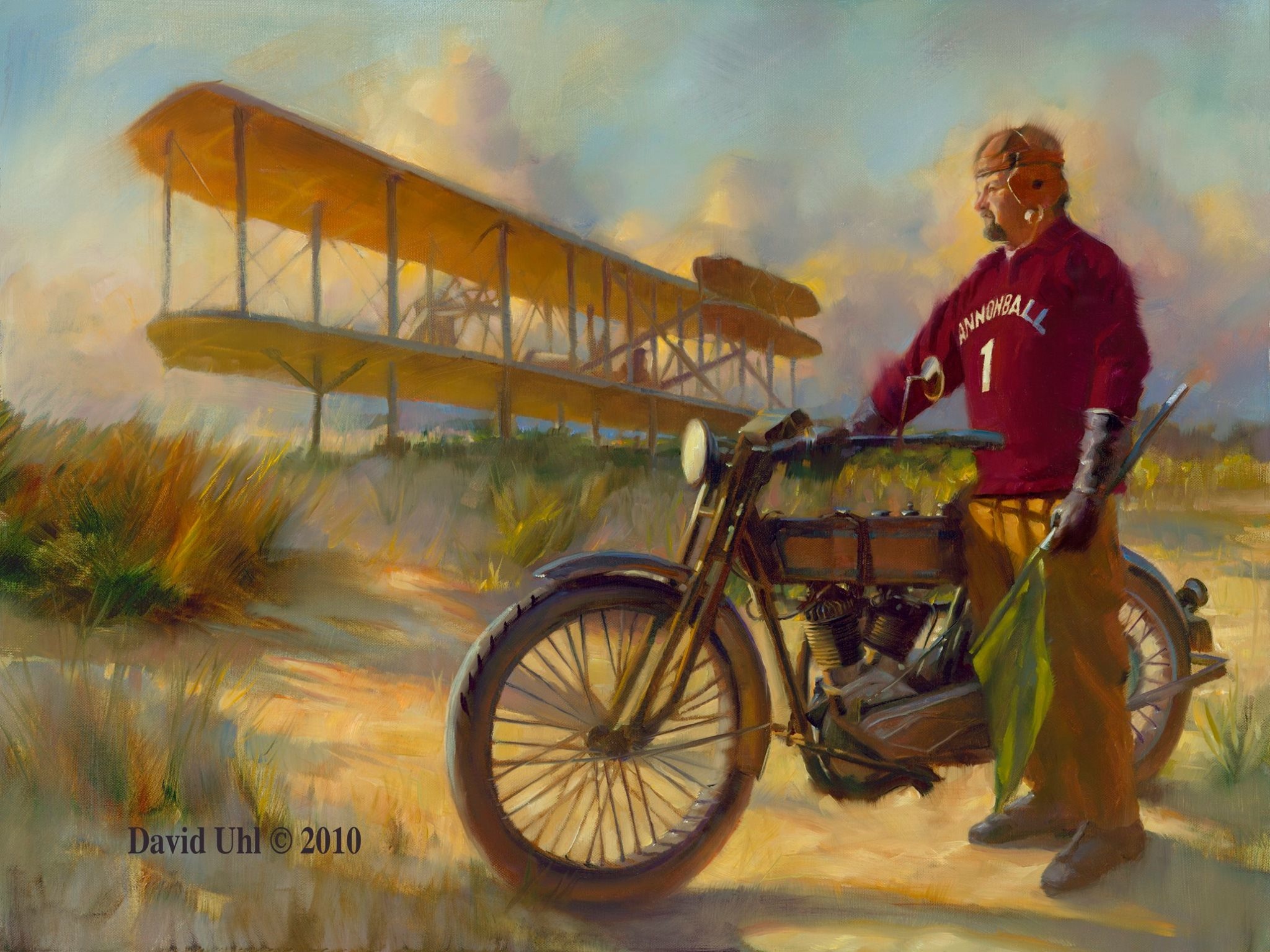 The world of antique motorcycling mourns the loss of one of their most beloved and respected personalities. With his parents by his side, Lonnie Isam, Jr. quietly lost his long and hard-fought battle with cancer on August 20, 2017 at his home in Sturgis, South Dakota. Born May 7, 1969 in Edmonds, Washington and raised as the only child of Lonnie Sr. and Marianne Isam, Lonnie grew up surrounded by antique machinery and was well versed in all things motorcycle at an early age. As a teenager he spent weekends scouring garage sales and swap meets with his best friend, then reselling their treasures to make spending money well before eBay, American Pickers or What’s in the Barn was ever thought of.

As a young man he traveled to Europe, worked with his father as a motorcycle wrangler on the movie set of Oliver Stone’s conspiracy film, JFK, and immersed himself in learning all he could about motorcycling’s past. Respected as a leading authority on motorcycle history and restoration, Lonnie eventually opened his own motorcycle shop called Jurassic Racing in Sturgis, South Dakota, but it is the Motorcycle Cannonball Run that he will always be remembered for.

Known around the globe as the founder of the most difficult antique motorcycle endurance ride in the world, Lonnie started the famous Cannonball Run back in 2010, forever changing the landscape of antique motorcycling by encouraging owners to make their ancient machines roadworthy and hit the blacktop with fellow enthusiasts. His original quest to just share a ride along America’s back roads with friends catapulted the wrenching visionary into the public eye as he managed to lead a different international group of adventurous riders in an epic excursion across the country three more times after the inaugural run. Participants have declared the runs as “life changing.” And while Lonnie Jr. was always happiest when sharing a lane with his friends, his role of promoter launched the quiet gear head into a spotlight he was ill prepared for. He eschewed the limelight and shunned publicity. As far as he was concerned, the old bikes deserved to live out their lives as they were intended, being ridden, and that was all that was important. Lonnie Isam Jr. will forever be a part of motorcycling’s glorious history.

His birth mother, Joanne Marie Isam, preceded Lonnie Jr. in death. As per his request, there will be no services. Instead, it is suggested you take a ride through the country and recall a man who lived his life for his many friends and the sincere love of antique motorcycles.