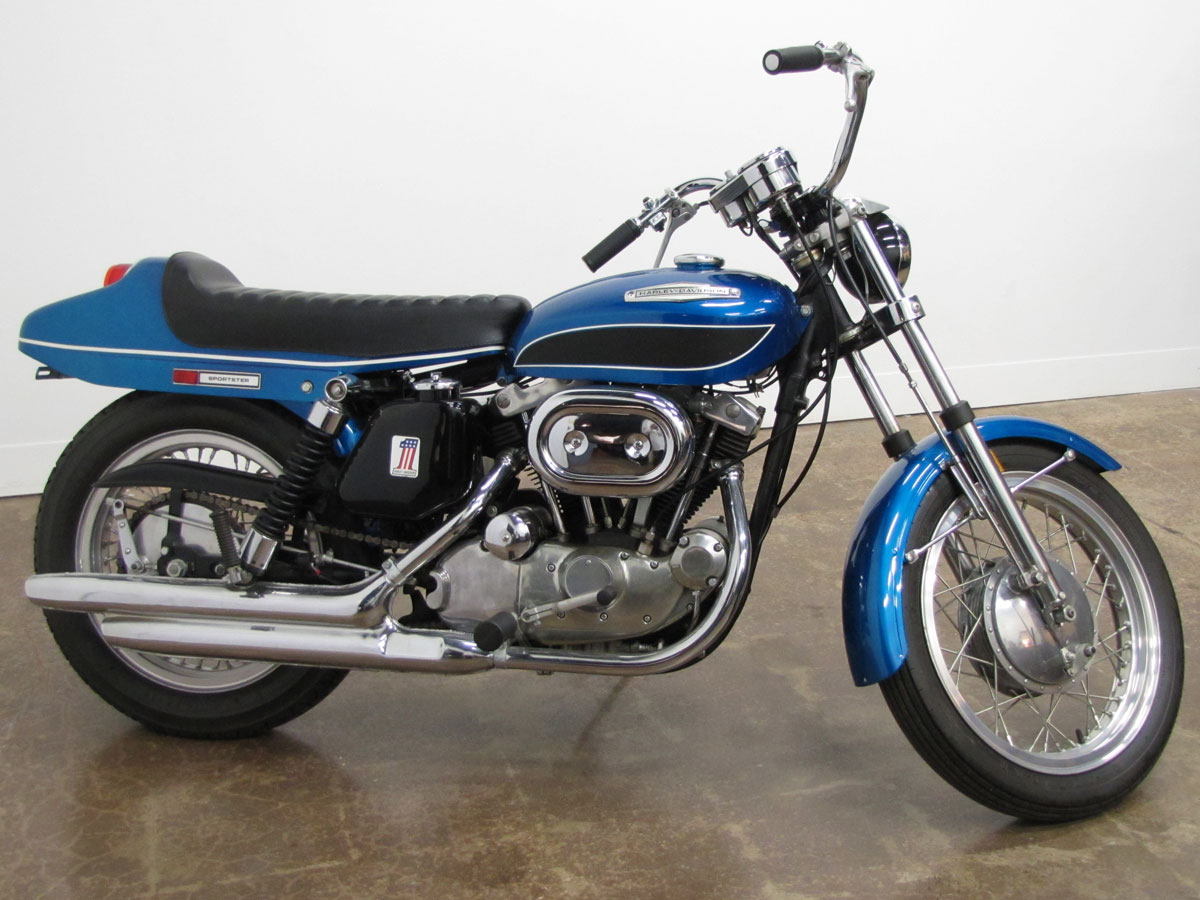 After over five years in the Harley-Davidson Design Department, Willie G. Davidson was promoted to Vice President of Styling in 1969. The boat-tail design, one of his first, appeared as an option available on 1970 and 1971 XLCH and XLH Sportsters.

Judging from the amazing array of new motorcycle designs that were hitting showrooms in the late 1960’s, drawing boards had to be alive with new ideas in the mid-1960’s, ready to be mocked up, studied and put into mass production. Willie G’s “boat-tail” took the then 12 year old Sportster design and gave it a twist, but not everyone liked it. As a $60 option, dealers tried it on some bikes, but most riders preferred the look of tried and true fender/seat set-up Sportsters were famous for. Though Willie yielded to two-up functionality in his design, maybe it was the visual imbalance the new long seat created; we like our motorcycles to look right, even if sometimes they are uncomfortable.

In 1971, the “boat-tail” showed up on another Willie G design that was more successful, the FX Super Glide, a blending of FL Electra-Glide and XL Sportster pieces bringing a new “custom bike” to the Harley lineup. But for 1972, the Super Glide went back to the more traditional seat/fender set-up as well. Boat-tail seats were put into dusty attics and just recently are getting some attention, commanding some money. As with XLCR’s, the cafe racer Sportster, maybe this XLH in Sparkling Turquoise with the larger four gallon fuel tank, drum front brake and its original “siamesed” exhaust system, even correct Goodyear tires on alloy rims, was simply an idea before its time.