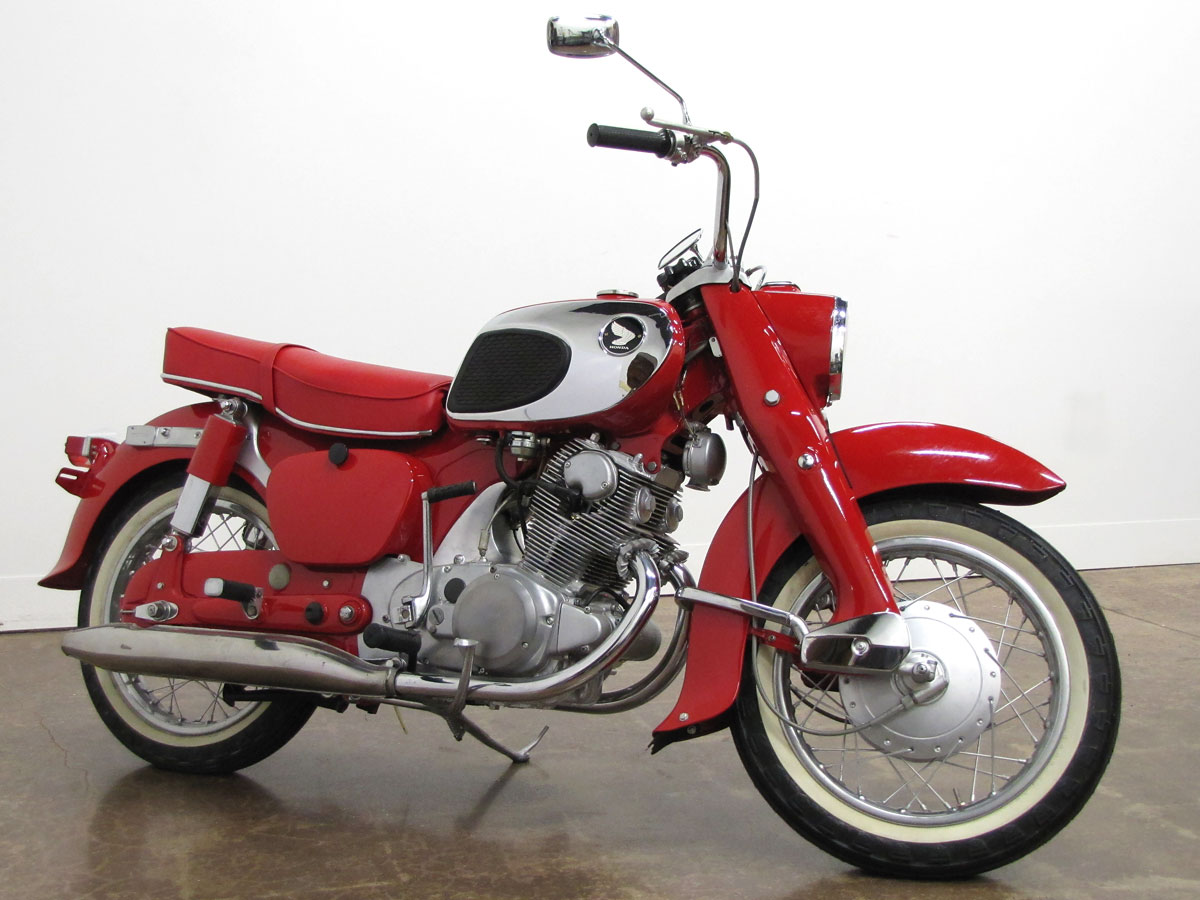 The first officially imported Hondas came to America in 1959 and included “dry sump” 250cc Dreams, the model CA76. By 1961 the 305cc wet sump model with electric starting, the CA77, had arrived and became popular almost instantly.

After experimenting with a few versions of 250cc parallel twin overhead cam engines in the late 1950’s Honda locked onto a unit construction ball and roller bearing OHC design in 1961 that would be made by the tens of thousands in several versions until the CB350 arrived in 1968. The Super Hawk, Scrambler and Dream were Honda’s biggest bikes in this era until the DOHC CB450 came along in 1965.

Simple to manufacture and distinctive in the Honda Dream’s design are the pressed steel leading link fork, frame and swingarm in what some refer to as “pagoda styling” along with 16 inch wheels typically shod in whitewall tires. Fully sprung seats came in red, blue and black not necessarily matching the bike’s body paint. Dreams had enclosed chains, 12 volt electrics, square headlights, decent tool and patch kits plus available options like saddlebags and fender guards.

For most manufacturers, electric starting was not a requirement. The Harley-Davidson big twins added it in 1965, only a few models of British and European bikes had it in the mid to late 1970’s. The Dream and even some of the smallest Hondas offered electric starting standard which increased their market immensely. Sure, if carbs and ignitions were spot on and the rider knew the starting drill, many bikes were one kick starters. But electric starting added some dependability, especially when a novice rider stalled at a light.

The collection on view at the National Motorcycle Museum includes almost 100 interesting “entry level” motorcycles from around the globe, and dozens from Japanese manufacturers that may help you recall your youth.