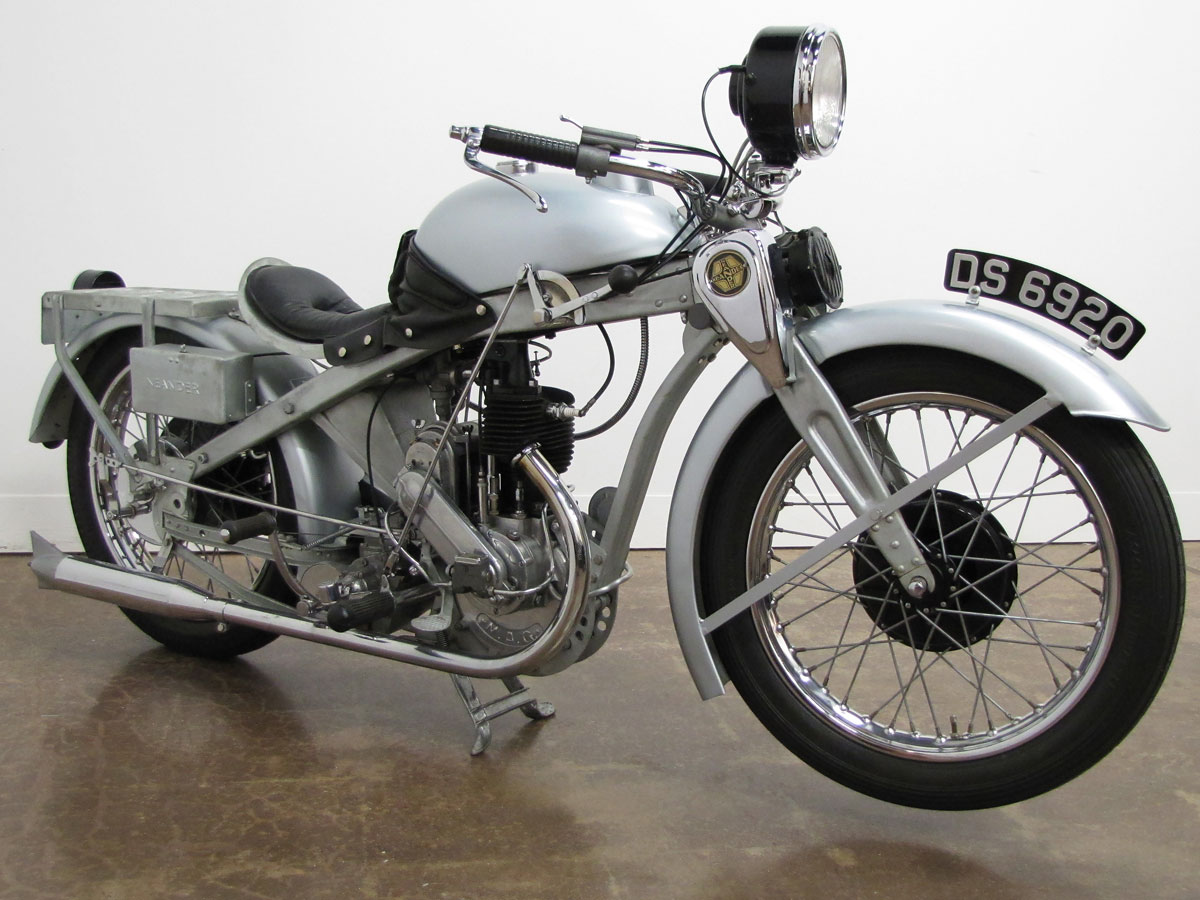 In the 1920’s, most motorcycle frames were built up from cast iron lugs and steel tubing, brazed together. German inventor Ernst Neumann employed state of the art aluminum in an innovative riveted channel section frame design just starting to be used in winged aircraft and dirigibles.

“Duralumin” was the name given to an aluminum and copper alloy that was invented by Alfred Wilm in 1903. This German invention was first employed in Zeppelins and later American “blimps” and airplanes. It’s natural that a high tech material would be experimented with in motorcycle frames where weight and rigidity are usually concerns. Neander frame sections are Duralumin channels for which tooling was readily available, and connections are made with rivets; very aircraft oriented in design. Finished frames were cadmium plated so no paint was required. Neander also innovated an interesting leaf spring fork design which pivoted to absorb road irregularities. He stated that his riveted channel design cut manufacturing time from about 20 hours to under four hours.

Neander licensed his frame design. Others like German maker Opel licensed the design, even employed it in race bikes in the era. As with other European manufacturers, engines for Neanders were supplied by larger manufacturers as Neander focused on chassis building and other inventions. This machine is an early version built with a 500cc single Swiss M.A.G. engine. Neander produced about 2000 motorcycles and they are very rare and desirable today.

Among over 480 motorcycles on display at the National Motorcycle Museum, there’s an encyclopedia’s worth of “inventiveness” to check out. The Neander is just one of dozens of motorcycles from Continental European makers which includes French, Danish, German, Czech, Spanish, Italian and Austrian machines, each with its own interesting design.