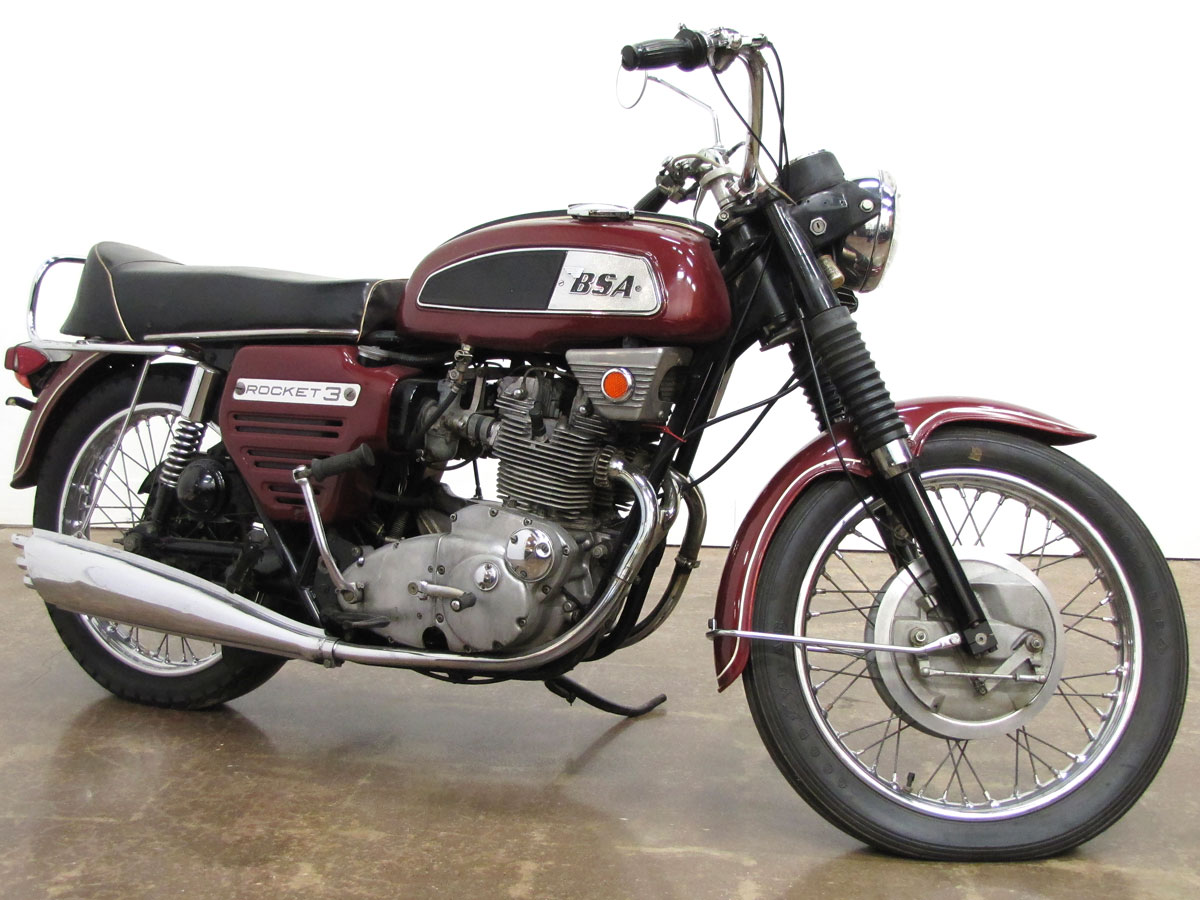 Looking back to post-World War II offerings, 1969 was possibly the most exciting year since for new motorcycle introductions. The Commando Fastback had already hit in 1968, in 1969 great new machines came from BSA, Triumph, Honda and Kawasaki; great new looks and high performance.
By the late 1960’s, the Triumph 500 and 650 had served riders and racers well for decades, as had the BSA 650 and Norton Atlas. From Japan we saw nice mid-size bikes throughout the 1960’s, the Honda CB450, Suzuki T500. Displacements were growing a bit in Japanese designs, but nothing prepared us for 1969 when the CB750, the Kawasaki H1 along with the BSA Rocket 3 and Triumph Trident plus the new Norton Commando “R” hit the pages of magazines, then came into dealerships. It was the era of cars like the GTO, 442, Road Runner, Mustang, Camaro, Chevelle Super Sport, and somehow the message that Americans wanted cubic inches made it to motorcycle manufacturers overseas.

Recalling the road tests, the Norton Commando, also new, came through as the best handler and quickest in the quarter until the Kawasaki H2 came along in 1972. The Triumph and BSA triples were strong and good handlers, initially had questionable styling. Even though the Honda CB750 wasn’t really the best at anything it had that overhead cam four, electric start, a cool disk brake, big gauges ala Vincent, and four sweet sounding “megaphones.” The Honda easily became the top seller in the new superbike category. Coming in 1972 and 1973, the H2 and Z1’s from Kawasaki beat the Honda in straight line performance, but the Honda had a certain quality, sophistication and promise of dependability and durability along with a growing dealer network.

So the Rocket 3, as fine as it was, became overshadowed by new Japanese offerings. Updates to the styling, brakes and exhaust system helped it become better received. A 1971 Dick Mann outright win at Daytona should have helped the BSA as much as it did Mann’s win the year before on a CB750, but it was not in the cards, maybe a bit late as BSA closed its doors in 1972.