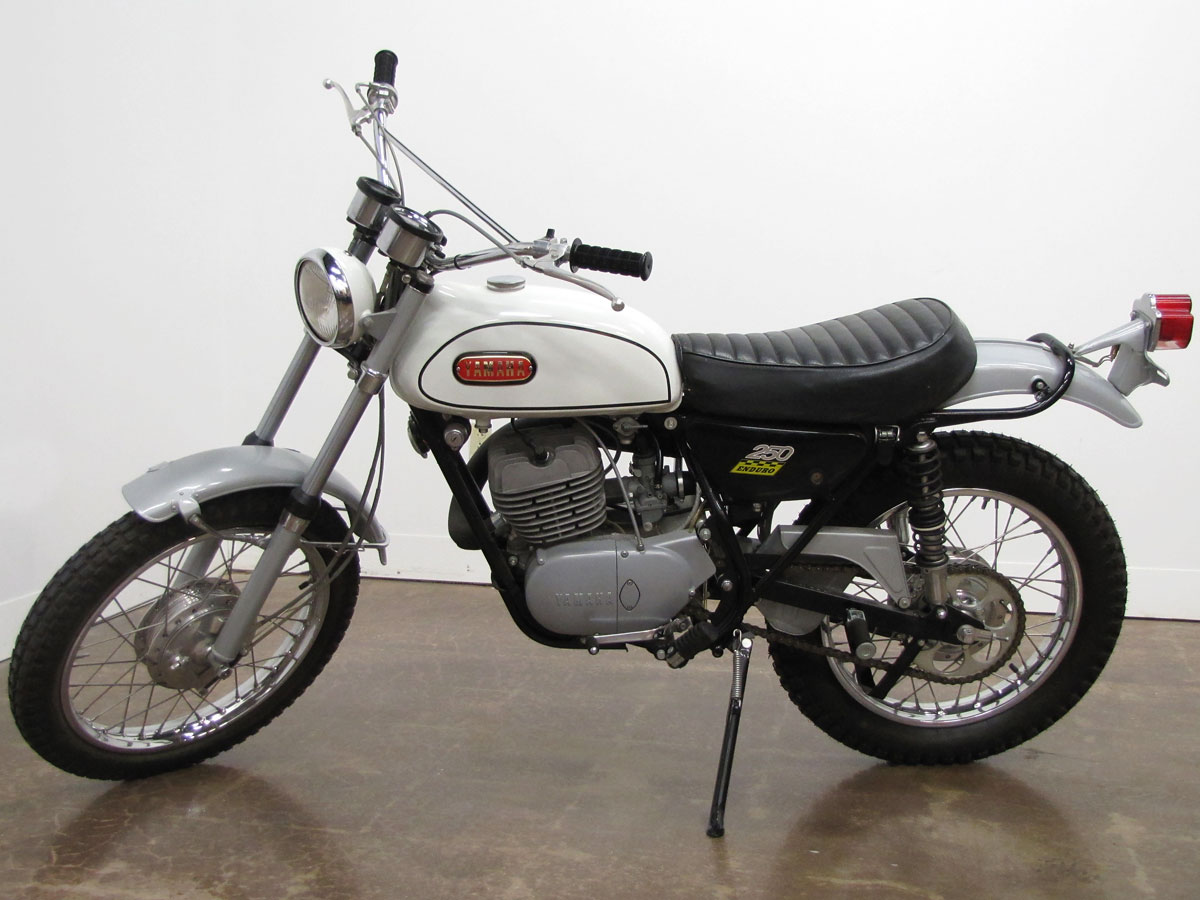 The Yamaha DT-1 was a “clean slate” design for Yamaha, did not borrow any major components from street machines in Yamaha’s line-up. Although other “high pipe” machines like the Yamaha Big Bear and Honda CL72 had been available for years, it can be argued the DT-1 is the first real dual sport bike out of Japan; single cylinder, two-stroke, light in weight, high ground clearance, capable of trail riding and making miles on the street. All with Japanese reliability and a huge dealer network.
The DT-1 sold like hotcakes, supposedly 50,000 in the first year, and soon became available in 100, 125, 175, 250 and 360cc displacements each with a different alpha-numeric name.

But even with the GYT Kit offered the year after introduction, it was not Japan’s first serious motocrosser; in 1968 Kawasaki offered the F21M and Suzuki offered a batch of 50 RH67 250cc motocrossers. The RH was the prototype for the first TM250’s and most agree that the contemporary twin port CZ was its prototype.
When you visit the National Motorcycle Museum, you’ll have a chance to see nearly 50 great examples of Trials, Enduro and Motocross bikes including this DT-1 on loan from the Moto Armory Collection in East Moline, Illinois. The DIRT RIDING USA exhibition includes apparel and period advertising graphics and the Motocross Shop where a few bikes are being worked on.