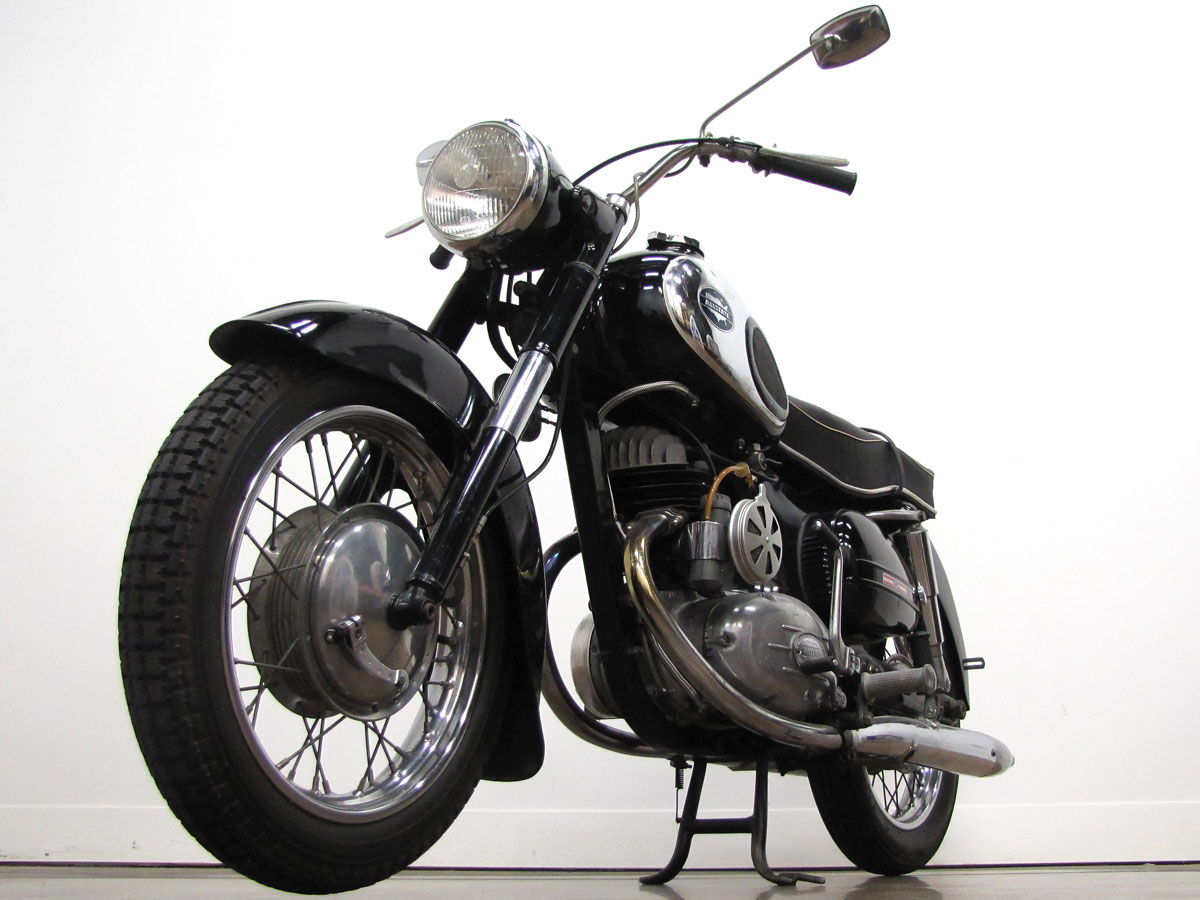 Sears, Roebuck & Company* was certainly the Amazon of the 20th Century selling everything from house kits to furniture, clothing, farm equipment, appliances and motorcycles. Much of their product line was sourced and rebadged or made to specification. The first Sears motorcycles were offered for only a few years just after 1910 with a second wave beginning about five years after World War II. Sears offered mopeds, scooters and small motorcycles from a variety of manufacturers. Many of today’s older riders studied the “Wish Book,” then visited a Sears Roebuck store and bought a bike; some were shipped to your door in crates with some assembly required.

With so many choices in scooters and motorcycles, the 1950’s and early 1960’s were a great time to become a motorcyclist. Cushman scooters, Whizzers, Vespas, Harley Hummers, BSA Bantams, and a wide range of offerings from many Italian manufacturers were out there, new and used. For America the Austrian-made Steyer-Daimler Puch (Pook) became the Sears Allstate that was made from 1953 to 1970. Black or maroon, later silver and red, the Allstate was pretty conservative in styling and performance. But it was also tough and got a generation out on the roads; with a torquey engine, some even used them for trail riding adventures.

Many of Sears offerings were of European manufacture and two-strokes, the big Allstate 250 a “twingle” by design. It’s easy to think of the “twingle” two-stroke engine design as similar to a split piston; a pair of pistons in two cylinders in place of one piston in one cylinder, but as shown in the photo below, the engineering is much more complex! In fact in the twingle design one is piston behind the other and each piston is used for different functions. One is bringing fresh fuel to the combustion chamber from the crankcase, while the other is expelling the burned charge out the exhaust. One connecting rod operates both pistons, with the secondary connecting rod forked off the main rod. The design** has many variants and is over 100 years old, with the designs by the Austrian manufacturer Puch dating to 1923. 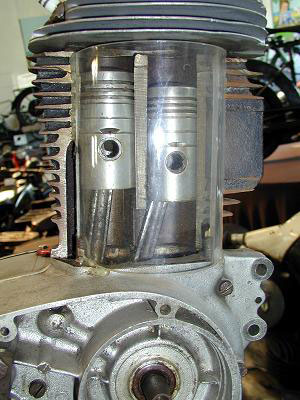 In addition to this handsome, original unrestored Sears Allstate 250, the National Motorcycle Museum has dozens of small motorcycles, scooters and power-cycles from the 1950’s and 1960’s and several others that were sold by Sears Roebuck. Baby Boomers and their parents are likely to find some that come under the heading of My First Bike.
*Sears, Roebuck & Company was formed in 1886. The name is now abbreviated to Sears.
**The term twingle is also sometimes used to describe parallel or V-Twin four-stroke engines which have been re-engineered to have cylinders fire simultaneously, acting like a single cylinder engine, typically offering better hookup for dirt track racing.