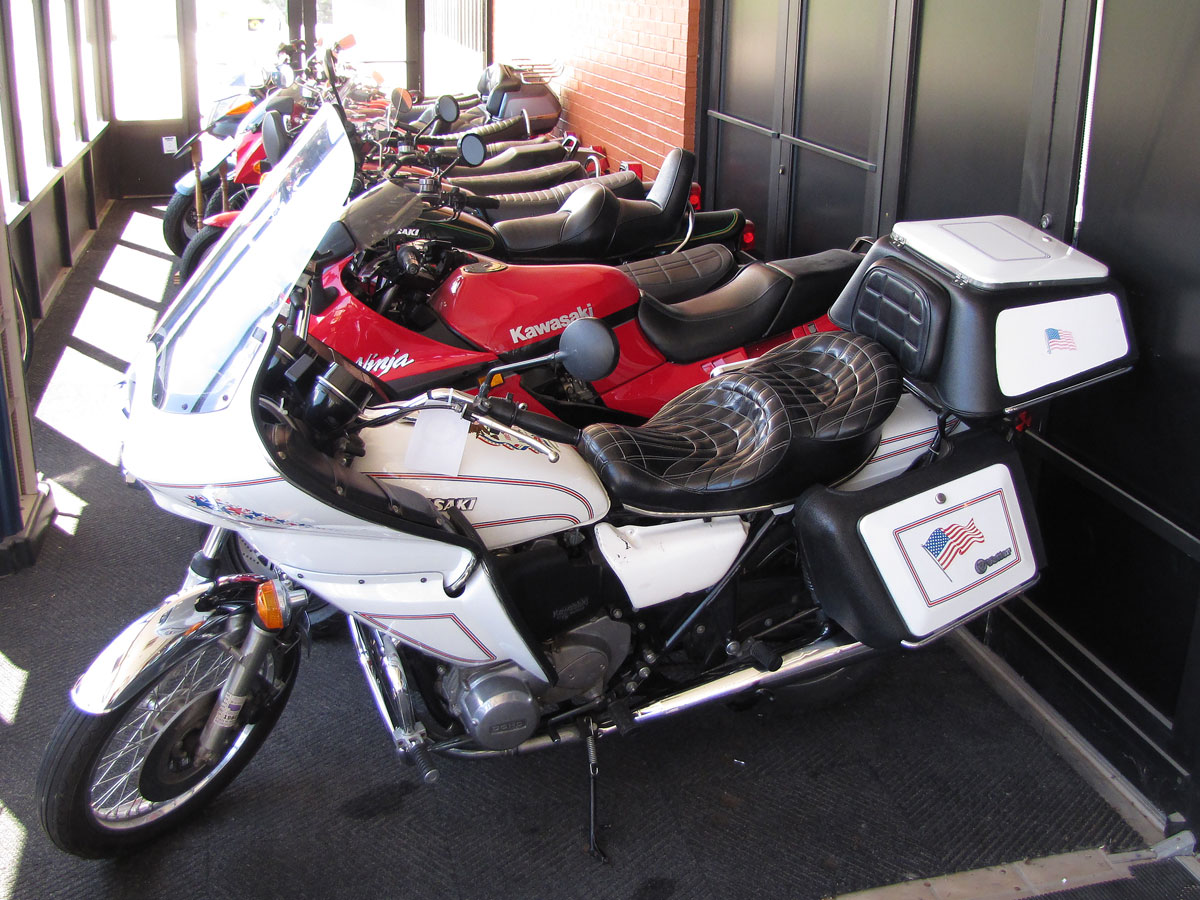 #155 of 200 Kawasaki KZ1000 Commemorative. Made in Lincoln, Nebraska sold to Kawasaki Employee Ron Heyen.
Probably ever since World War II, “Made in America” has been very important to Americans, showing national pride and keeping as many jobs as possible here in our 50 states. So Kawasaki beat Honda by about a year in establishing a motorcycle manufacturing facility in the states, to show they cared, show they have invested here, have true roots on American soil.

The bikes were essentially production KZ1000’s with Vetter saddlebags, fairing and luggage carrier that were supplied to Kawasaki with all graphics in place, plus engine guards, highway pegs and a special seat by Kawasaki.
Kawasaki personalized the 200 KZ1000’s for their dealers to ride in convoy from their manufacturing plant in Lincoln, Nebraska, to a reception in St. Louis, Missouri, and then to their respective dealerships. About 100 dealers were on the ride. The new 300,000 square foot Lincoln, Nebraska plant was open for dealer tours. The “Americanization of Kawasaki” ride drove home the message that Kawasaki was the only Japanese motorcycle company with a manufacturing facility in the US at the time.

A total of 200 of these commemoratives were made for the 1978 model year. The story goes that a few were left after dealers had placed their orders, so Lincoln-based employees got a chance to buy one. Ron Heyen’s name was drawn and he bought #155 and gave it to his Father, Robert. It stayed in the family all these years. Wishing for the machine to be on display for all enthusiasts to enjoy, the family sold #155 of 200 to John Parham in 2016. It’s on display at the National Motorcycle Museum with a variety of related documents Robert Heyen kept all these years, plus many more great Kawasakis.