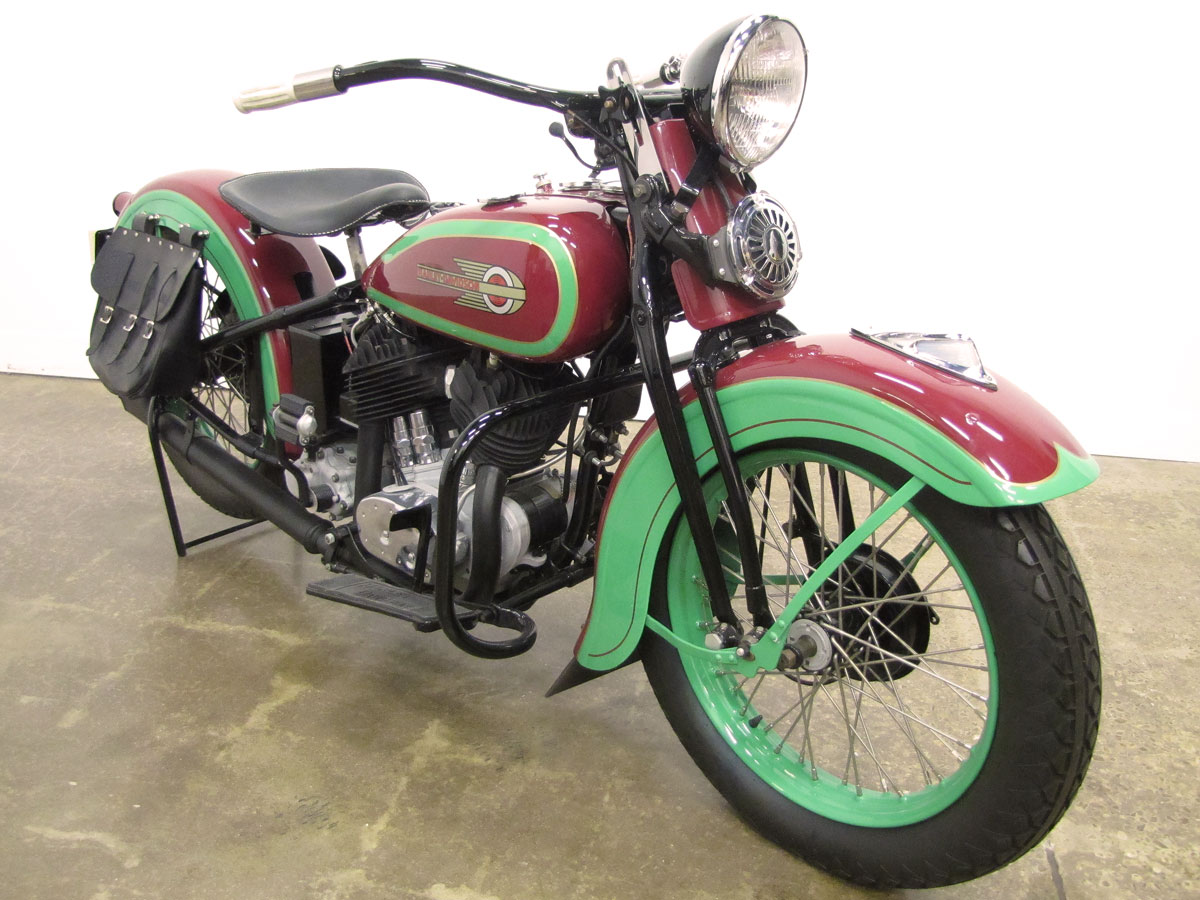 Following the successful “J” models, the first Harley-Davidson “VL’s” appeared mid-year in 1929. Unfortunately this was two months before the stock market crash and the new motorcycles had a few mechanical problems. The “V” model is a true flathead, otherwise known as a “side-valve,” an improvement over the J as was its new frame.
Here and abroad the 1930’s were tough times and soon after release of the V models bike sales declined to their lowest in 20 years. With Harley-Davidson low on funds there was more focus on paint and graphics than further technical improvement, and the V models were beautiful machines. But keep in mind that the landmark OHV twin also hit in 1936, the 61 cubic inch “EL” we now call the Knucklehead. With great optimism, no doubt, the Knucklehead was developed in the Depression era.

Harley’s first V-Twin came out in 1909 and set a path the Motor Company would stick to for as long as they made motorcycles; the 45 degree V-Twin, one exception being the 60 degree V-Rod. Compared to the J Model, the VL offered some new features, but weighed almost 100 pounds more. New gasket technology offered detachable cylinder heads, there were interchangeable wheels and bigger brakes. Up one inch, wheels were now 19 inches with standard 4.00 tires, but wider optional 4.40 inch tires were available. The VL also offered a lower seat and more ground clearance. The V produced 28 horsepower, the higher compression VL pumped out 30, the VLH about 34 horsepower. Lubrication remained total-loss. The new fork was a forged “I-Beam” design with “Ride Control” friction damping, battery and magneto versions of the V and VL were available.