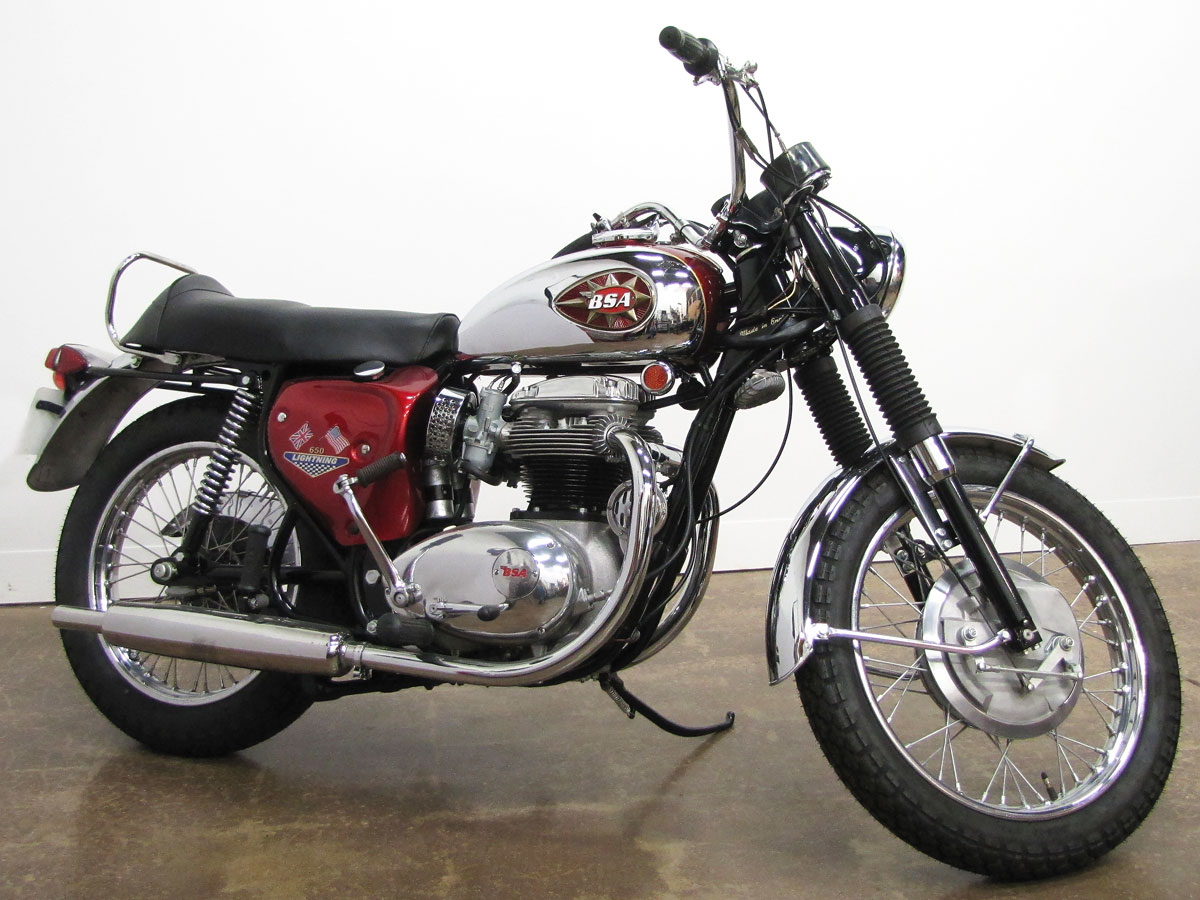 In the mid-1950’s BSA won the first five positions at the Daytona 200 on the beach and were on top; BSA was then the World’s Largest Selling Motorcycle. Though BSA was competitive in dirt track and road racing events, Triumph began to overtake in sales numbers though all British makers were suffering from a lack of technology and design innovation against the Japanese makers.

The BSA Lightning was a dream bike to many riders in the 1960’s. Lavishly chrome plated, painted in candy-apple red and traditional in design the Triumph Bonneville and Lightning satisfied until the Honda CB750 hit in 1969, the year this BSA was made, and changed everything. The Lightning was offered 1965 to 1972 when BSA went out of business.

Not content with the typical alpha-numeric system of naming its motorcycles, BSA’s marketing department was always over the top when naming their bikes: Gold Star, Hornet, Rocket, Golden Flash, Spitfire, Cyclone, Lightning, Firebird, Shooting Star, Victor, Royal Star were some of the monikers. Displacement, number of carburetors and cylinders, intended use plus general state of tune were the differences; BSA styling in the 1950’s and 1960’s was a strong part of the brand; chrome and candy-apple paint.

On Loan to the National Motorcycle Museum by Richard “Dick” Betchkal