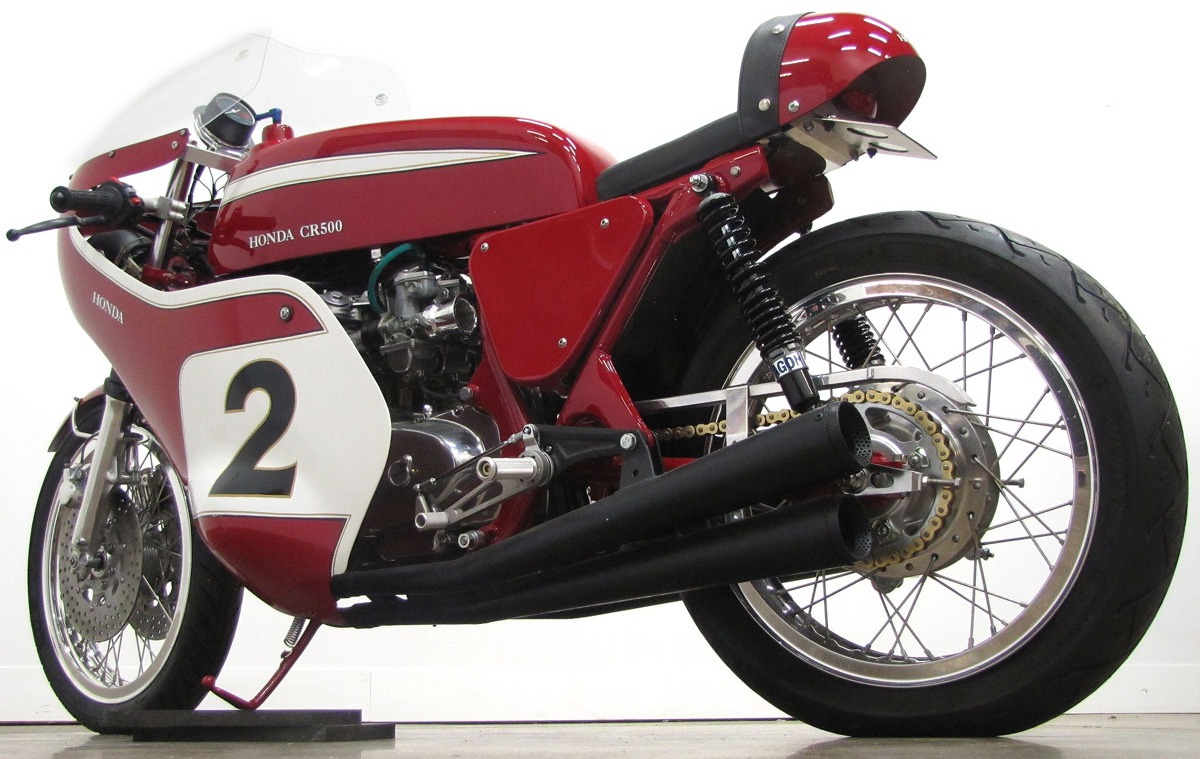 The four, five and six cylinder Honda Grand Prix road racing motorcycles of the 1960’s have a classic, very attractive look. The transverse engine, four carburetors and megaphones, graceful “dolphin fairing” and decked seat are parts of the successful visual package, the look of the machines that put champions like Mike Hailwood on the podium. So when creating cafe racers, or machines for vintage racing, it’s only natural that this functional styling formula be followed, and the 1972 to 1975 Honda CB500 or CB550 is a perfect machine to start with. And referencing Dick Mann’s 1970 Daytona 200 winning CB750-derived CR750 is a good place to start.

“Dolphin fairings” as used on this bike were popular for streamlining road racing motorcycles in the 1960’s and 1970’s. Earlier attempts at cheating the wind included the “dust bin,” a very full coverage fairing design outlawed due to its tendency to be hazardous in cross winds at racing speeds. This fairing is again similar to Mann’s and carries his 1970 AMA Pro Racing number two. This machine was judged Best in Show at the 2013 Vintage Rally and is currently on display at the National Motorcycle Museum.