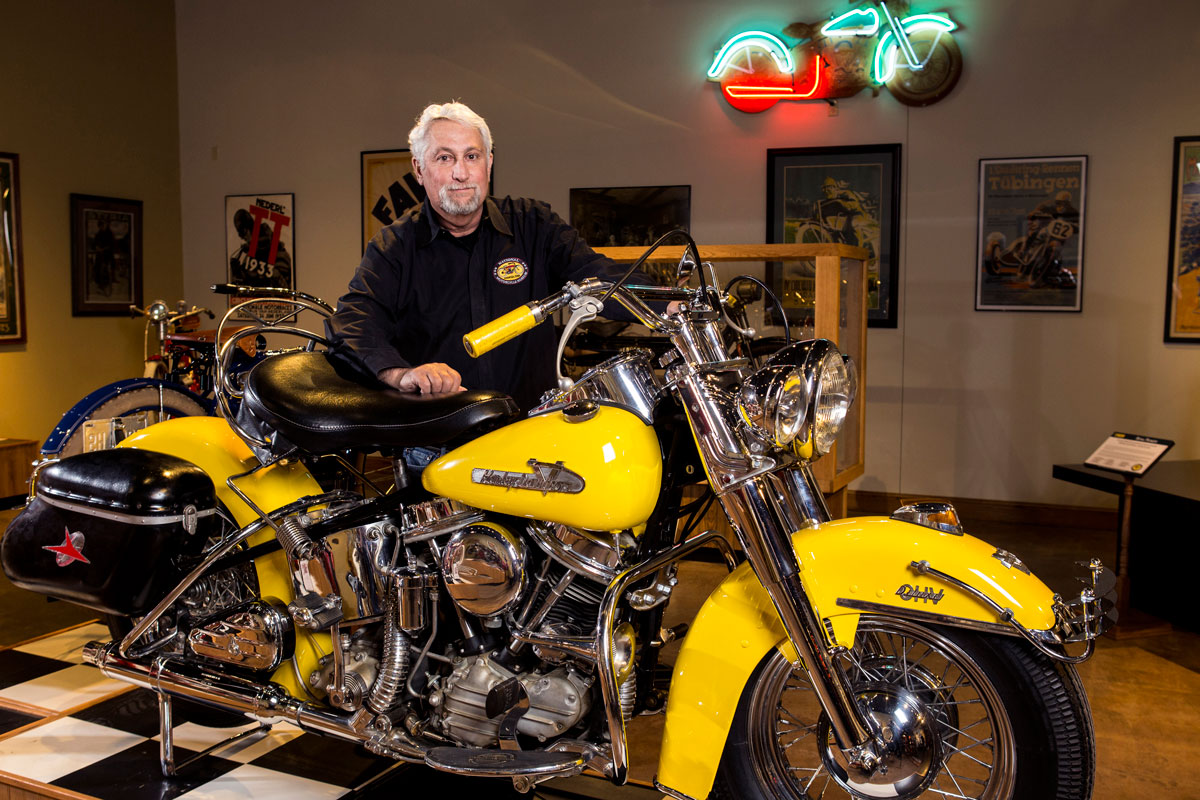 The motorcycling community has lost one of its most passionate, considerate, entrepreneurial and successful people and he will be greatly missed.
John Parham dedicated most of his life to motorcycling and to his wife Jill. With passion and perseverance, through tough times and success, together they created J&P Cycles in 1979 and helped motorcyclists world wide enjoy two wheel adventures. Later John devoted his time and resources to amassing one of the world’s largest and most comprehensive personal collections of motorcycles, in excess of 300 machines, and found a home for many of them when he moved the National Motorcycle Museum to his home town of Anamosa, Iowa. Then he again invested his time and talent to make this a great place to preserve and present American motorcycling history. He worked tirelessly until his long battle with pulmonary fibrosis consumed him, and now he’s at rest with the Lord. John’s battle ended peacefully with Jill and son Zachary at his side.
Anticipating what would be John’s choice, friends are encouraged to sign up for and support the organ donation program in their community and in lieu of flowers, continue their support of the National Motorcycle Museum where a Special Exhibit Development Fund will be created in his honor.

A Celebration of John Parham’s Life was held at The National Motorcycle Museum May 6, 2017 at 10:30am