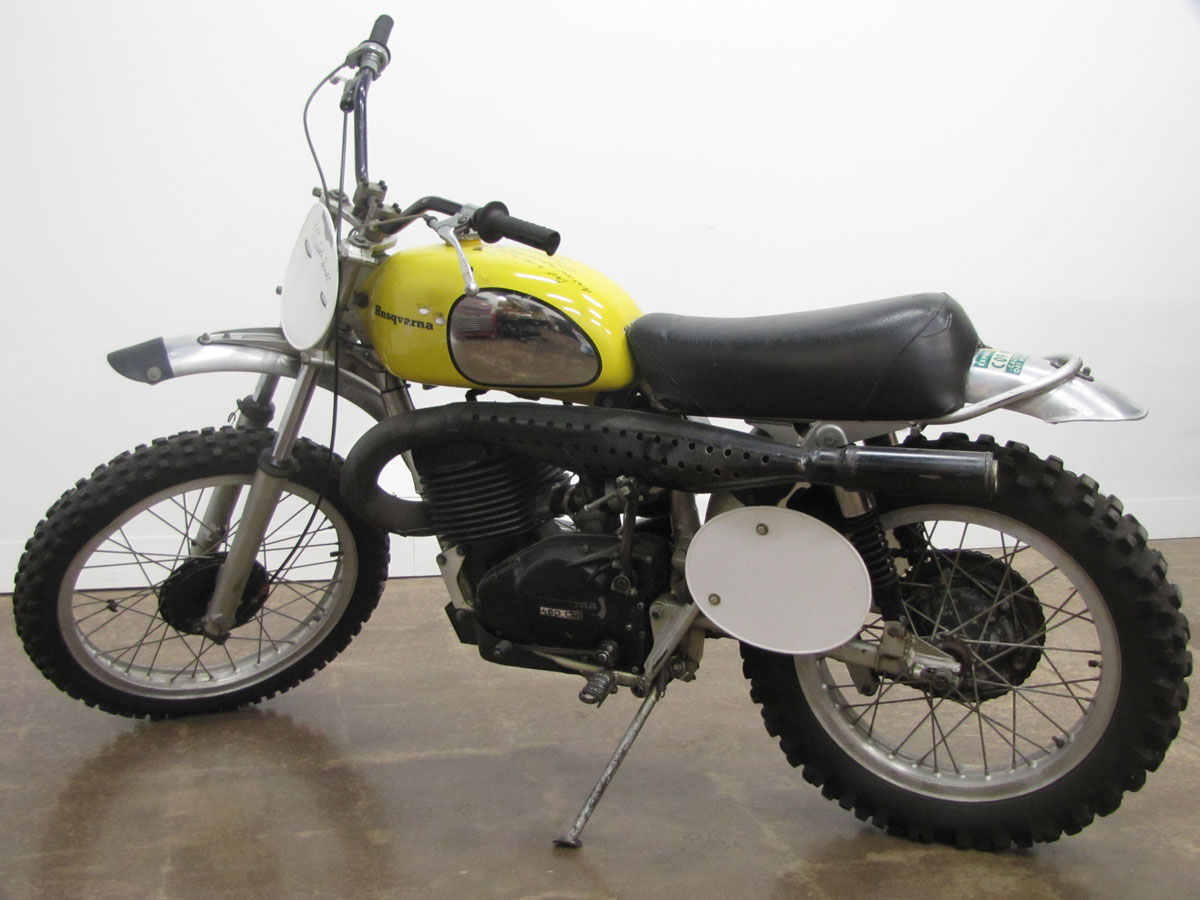 Husqvarna (HOOSK-var-na) is a Swedish manufacturer founded in 1689, over three centuries ago. Originally specializing in armaments, they began making motorcycles just after the turn of the 19th Century, about the same time Ford and Harley-Davidson launched their manufacturing companies.

As a development rider and top flight racer, the famous California desert racer Malcolm Smith worked with the factory, and importer Edison Dye. As he won races he helped refine the machines for work in various environments; enduro, high-speed desert and typical motocross racing. Power bands, transmission ratios, rake and trail, wheelbase and suspension design were among variables that could make or break a machine, make it a winner or unrideable.

It’s been said that Smith felt the Desert Master did not live up to its name. So instead of racing stock Desert Masters, he cosmetically reworked his Huskys that performed well, making them appear to be Desert Masters so that the factory could proudly sell them with Malcolm’s endorsement. 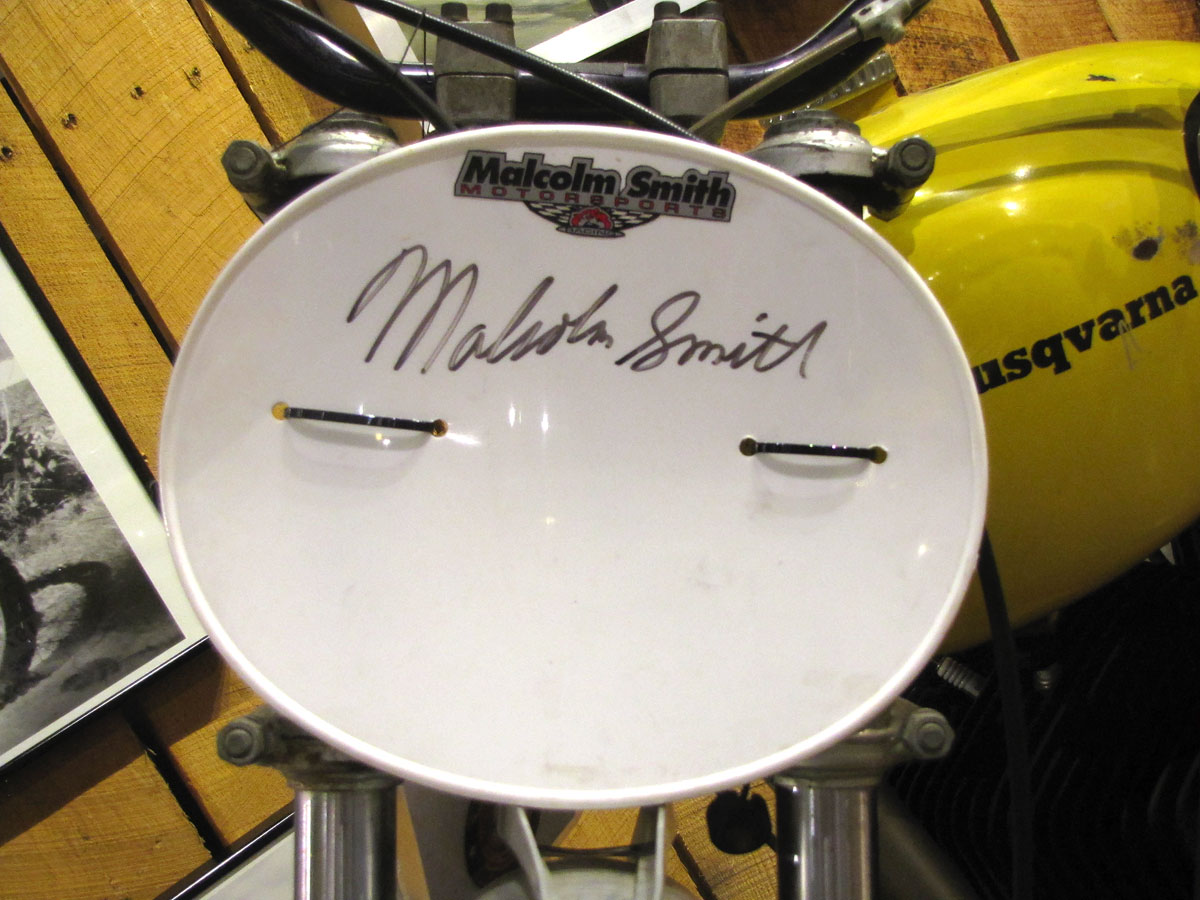 Featured in the 1970 motion picture phenomenon “On Any Sunday”, produced by Bruce Brown, Malcolm Smith once owned this bike. While not among Husky’s most successful big bore bikes, it set the stage for further open class development and success for Husky.

This Desert Master is among over 40 Motocross, Enduro and Trials motorcycles you can see when you walk through DIRT RIDING USA, presented by J&P Cycles. This new exhibit opens at the end of May 2017, and will be dedicated June 10 during Vintage Rally 2017 at the National Motorcycle Museum.