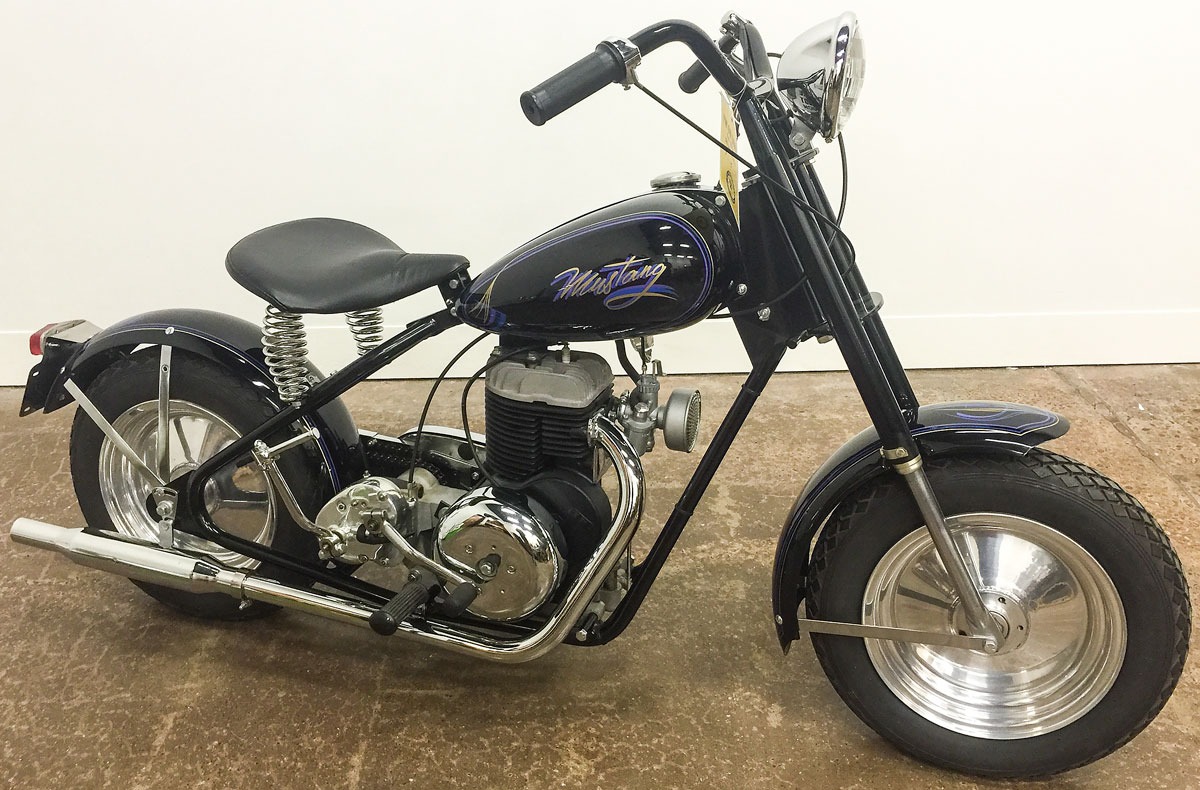 Lightweight and cheap transportation was in great demand after World War II, especially in war ravaged Europe and England. But the scooter style of machine, lightweight and cheap, also caught on with new, mostly young American customers and current two-wheel enthusiasts.

It would seem natural that Harley-Davidson and Indian would be developing these new products since they had superb manufacturing capabilities and distribution networks to sell them. But aside from the Harley Topper, most American scooters came from other new and more adventurous and innovative manufacturing concerns, or were imported from England and Europe. California-based Gladden Products Corporation was one of the U.S. makers, developing and releasing the Mustang Colt in 1946 as the first product of the Mustang Motorcycle Corporation. Gladden thought of their scooters as “miniaturized motorcycles.”

The first prototypes were based on a machine that Gladden engineer Howard Forrest had built for himself in 1941, but used a simple Villiers 191cc “Double Century” engine, though soon Villiers took that engine out of production. Next the Burman transmission and a 125cc Villiers engine became the drive train for the first production run of 235 Mustang Colts which ran on eight inch wheels. Almost yearly new designs came about using better engines, larger wheels and Mustang first innovated the telescopic fork for U.S.-made scooters including the featured Pony.

A curious side note is that AMA Hall of Famer Walt Fulton Sr actually raced Mustangs in regional AMA TT-style races, running against much larger, more powerful machines. Fulton had the advantage of maneuverability with his dealer-sponsored Mustang. In fact, Fulton began winning races and embarrassing the traditional motorcycle manufacturers. This prompted changes in AMA racing rules which began to state minimum wheel diameters! Fulton even ran a highly modified Mustang to 100 miles per hour on the dry lakes.

Mustang sales began to decline in 1956 and the company went out of business in 1965 as lightweight and more sophisticated motorcycles came into America from England, Europe and Japan.

When you visit the National Motorcycle Museum you’ll see about 15 scooters from the tiny Iowa-made Doodle-Bug to to the Vespa, several fine Cushmans and even a fully polished Rumi.