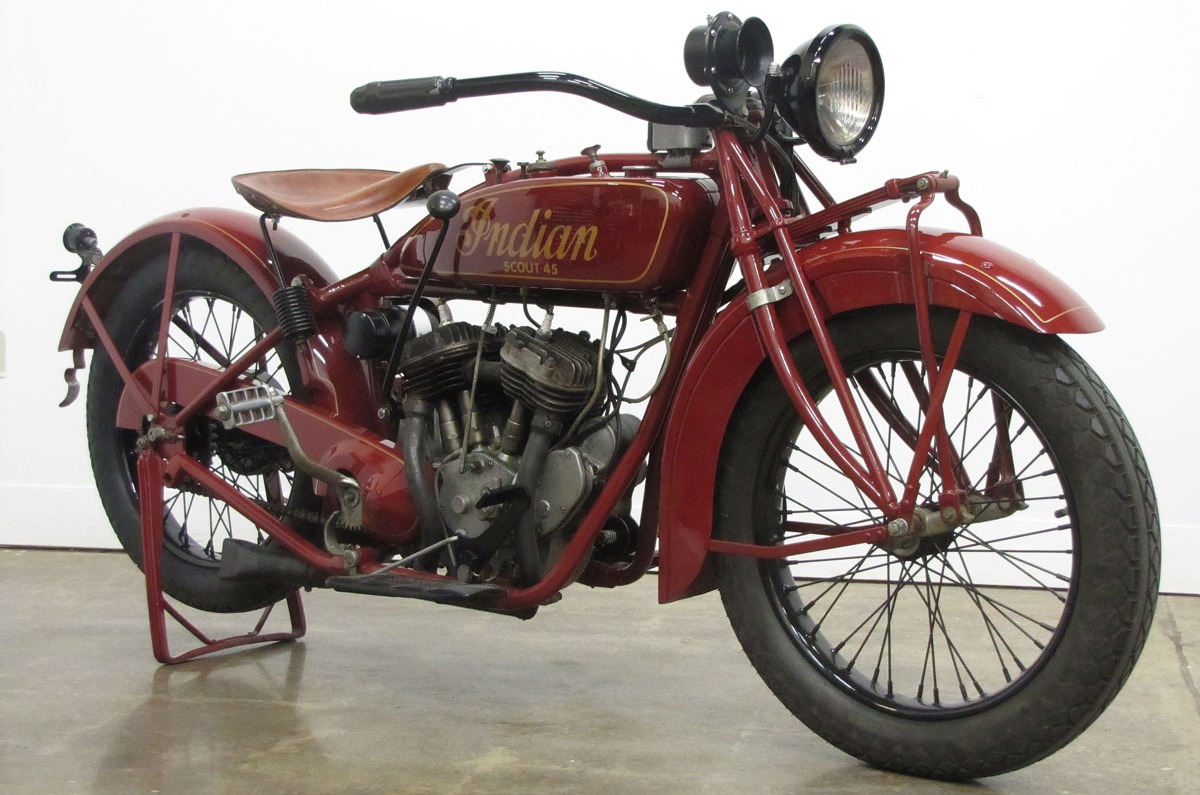 A Design of Charles Franklin’s, One of Indian’s Best Motorcycles

The Indian Scout was one of Indian’s best designs on the street and track. Its design was the work of Charles Franklin. Franklin became most famous for his work on Indian’s 42 degree V-Twins including the Chief. The first Scouts appeared in 1920 as 37 cubic inch motorcycles, later became 45’s and where most motorcycles of the era used chains, Scouts are unique for their gear primary drives.

Frame, engine, braking, lower seat height and other revisions made up the first Model 101 Scout for 1928, widely regarded as the best Indians ever made. Further changes through 1931, the last year of production, included the use of the even longer Chief frame which made it less popular though cheaper to build.

Today 45 cubic inch Scouts, especially the 101 are highly sought after by vintage racers and collectors, and sometimes fetch as much or more than their big brothers, the Chief. Nimble and handsome they represent some of Indian’s best work, and that of designer Charles Franklin. When you visit the National Motorcycle Museum you can take in over a dozen fine Indians for street and racing, even several Board Track racing Indians.