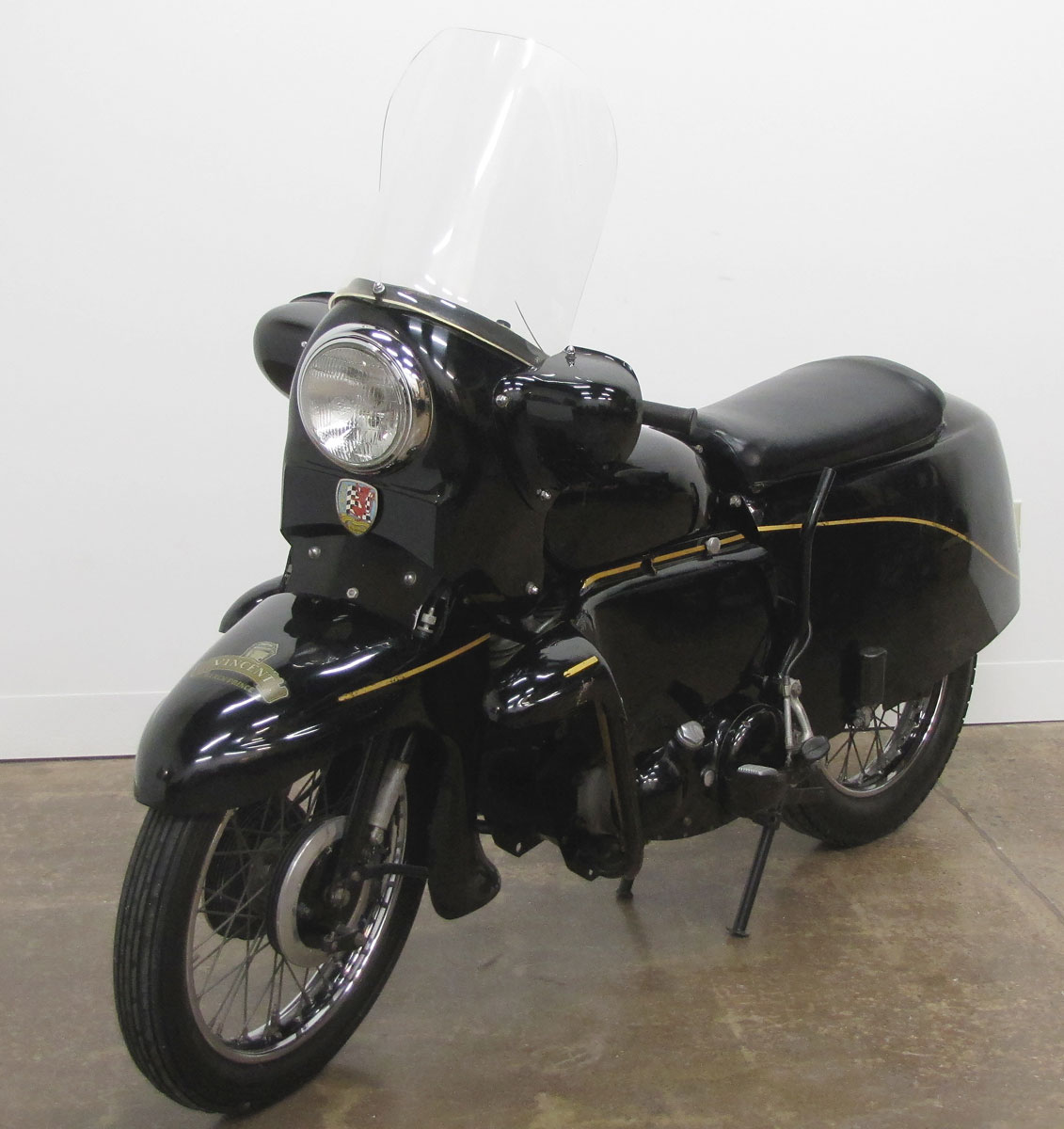 Although unloved at its launch, the Black Prince is now one of the rarest and most valuable of all Vincents. Few, however, were imported into the USA, fewer still retain their unique fiberglass bodywork.

“The Black Prince, developed from the famous Black Shadow, combines racing performance and roadholding with the most luxurious touring equipment and docility for road work.” So read the sales brochure for this all-weather Series D machine. There were three fully faired versions: the other two being the Rapide V-Twin Black Knight and the Victor based on the 500 Comet single. One could claim that Phil Vincent was the first to make a fully faired sport touring bike. Surely part of his goal was to make a more all-weather high performance machine.

At the point of introduction back in the 1950’s, the market thought the bodywork was ugly – hiding that superb 50-degree v-twin, sacrilege – and only 200 “covered” machines were made. There was a delay in bodywork production yet the factory reluctantly produced Series D bikes and sold them without bodywork. Contemporary road tests of the Prince made it clear that the fear of instability in crosswinds was unfounded, and that the general handling was no different from that of the uncovered version. In fact, the Series D innovated a new chassis in which the seat finally became isolated from the movement of the rear wheel, an odd feature of previous Vincents. A lever-operated center stand was also offered on the Series D.

Regrettably the promoted series of “Twentieth Century Knights of the Road’” heralded the end of the company, Vincent’s doors closing on motorcycle production in 1955 just before Christmas. But when you visit the National Motorcycle Museum you’ll get to take in some of Britain’s finest high performance touring machines; over half a dozen stock and competition modified Vincents, HRDs, several Broughs and even a rare BSA Y-13 V-twin.