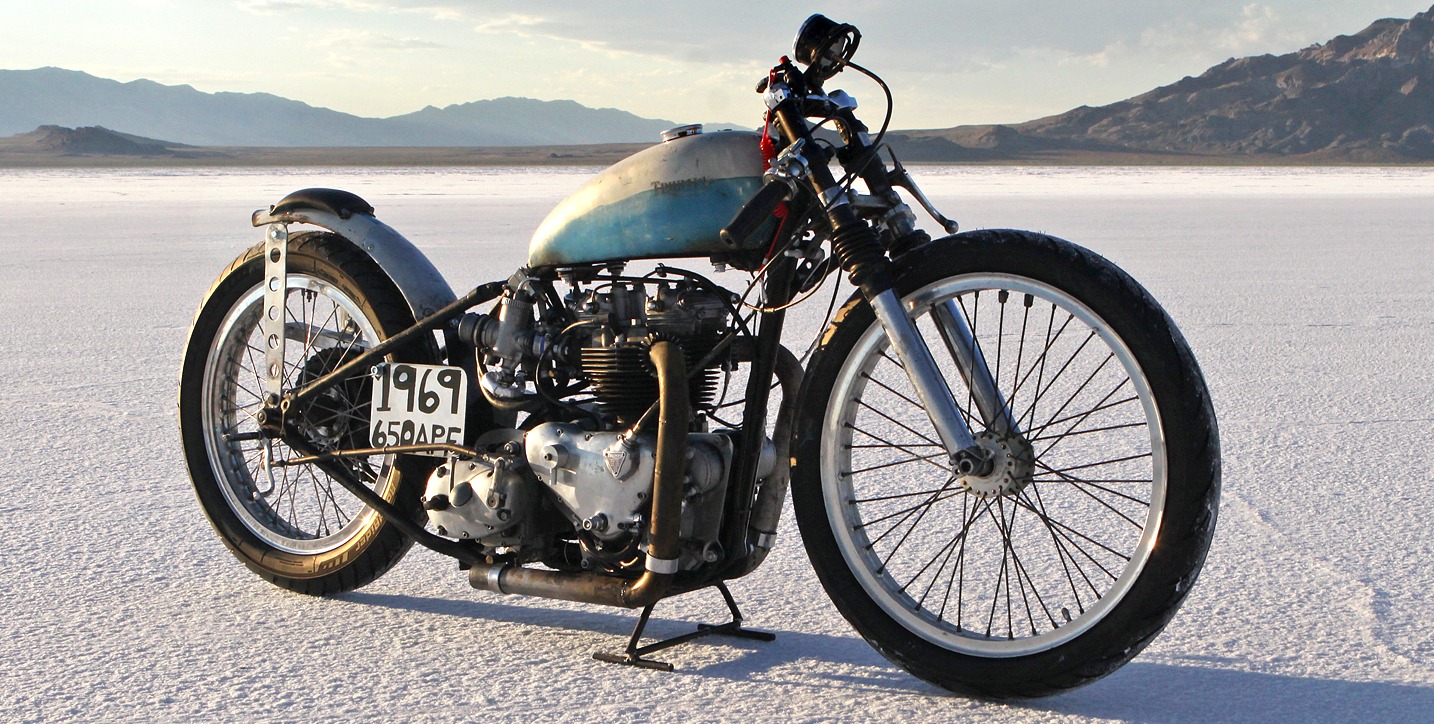 With the total count fast approaching 500 motorcycles, the National Motorcycle Museum displays around 100 racing machines. They range from rare factory-built Board Track racers from around 1915 to 1920 all the way up to the fine, relatively modern Elmer Trett Mountain Magic drag bike, even a couple of Buells. So few race bikes survive; outdated, parts are scavenged from them, storage conditions cause them to rust, corrode, maybe even lock up. Old receipts and photos stuffed in a box, misunderstood, are tossed. With this, the history of a racing motorcycle is lost.
But like the Nitro Express, a Triumph 650 campaigned by Theo Ozen, some survive. Even more important, instead of being meticulously restored, polished to within an inch of their lives, some are left “as raced” with well earned battle scars, even some corrosion brought on by the Bonneville salt that is so hard to get out of every nook and cranny.

One of the bike’s owners, Tyler Malinky of Lowbrow Customs offers, “Wes White of Four Aces Cycle and I bought the Salt Ghost from Keith Martin of Big D Cycle in Texas. We didn’t know anything about it and we started trying to track down the owner via the lakes racing clubs in Southern California. We found some racers who remembered the bike, and we identified the builder, owner and racer as Theo Ozen. Theo raced this bike at El Mirage and Bonneville from the mid 1960’s through 1982 from the records we have found. The history can be seen in the wear and tear on the Salt Ghost, and from modifications made to the motor and chassis, from custom cam keyways to modified crank cases allowing removal of cams without splitting the cases. ”

As Tyler mentions, the bike is now  known as Salt Ghost, and this machine is part of the Museum’s just-opened Allstate Motorcycle STREAMLINERS exhibit, presented by J&P Cycles. In the Fifties and Sixties, there were probably more single-engine Triumphs at Bonneville and El Mirage than any other motorcycle, and the Nitro Express is a perfect example of that genre. The builder of the bike was Theo Ozen, who was bitten by the dry lakes bug after World War II and continued racing the machine into the 1970’s in land speed record class APF-650: Special Construction / Pushrod / Fuel / 650 cc’s. More recently current owners  the bike ran 130.224 mph at El Mirage, then a bit slower at Bonneville probably due to the thin air of the 5000 foot elevation. 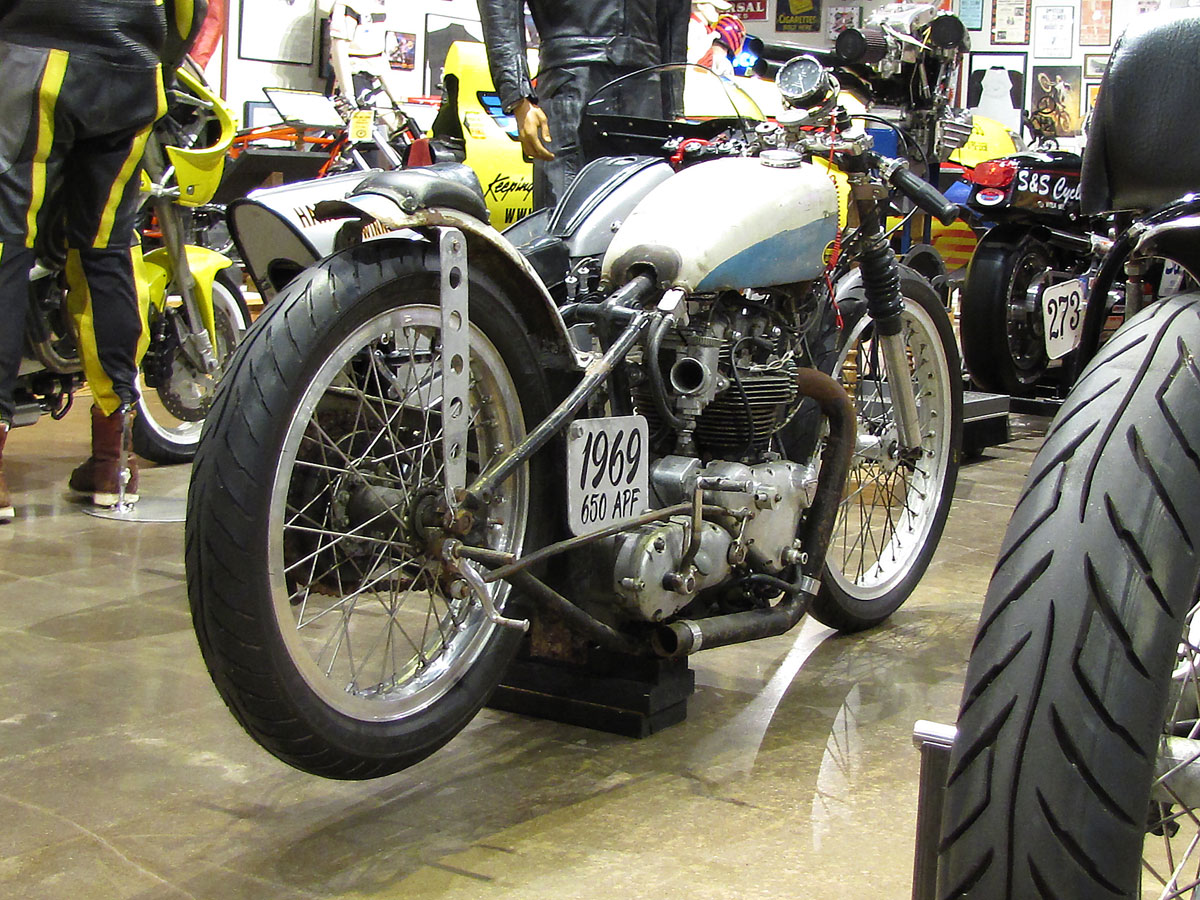 Today Salt Ghost, many of its trophies and photos are cherished by its two current owners, Tyler Malinky, Lowbrow Customs, and Wes White. They run the bike, and are keen on keeping this cool bike’s history intact, alive, even.