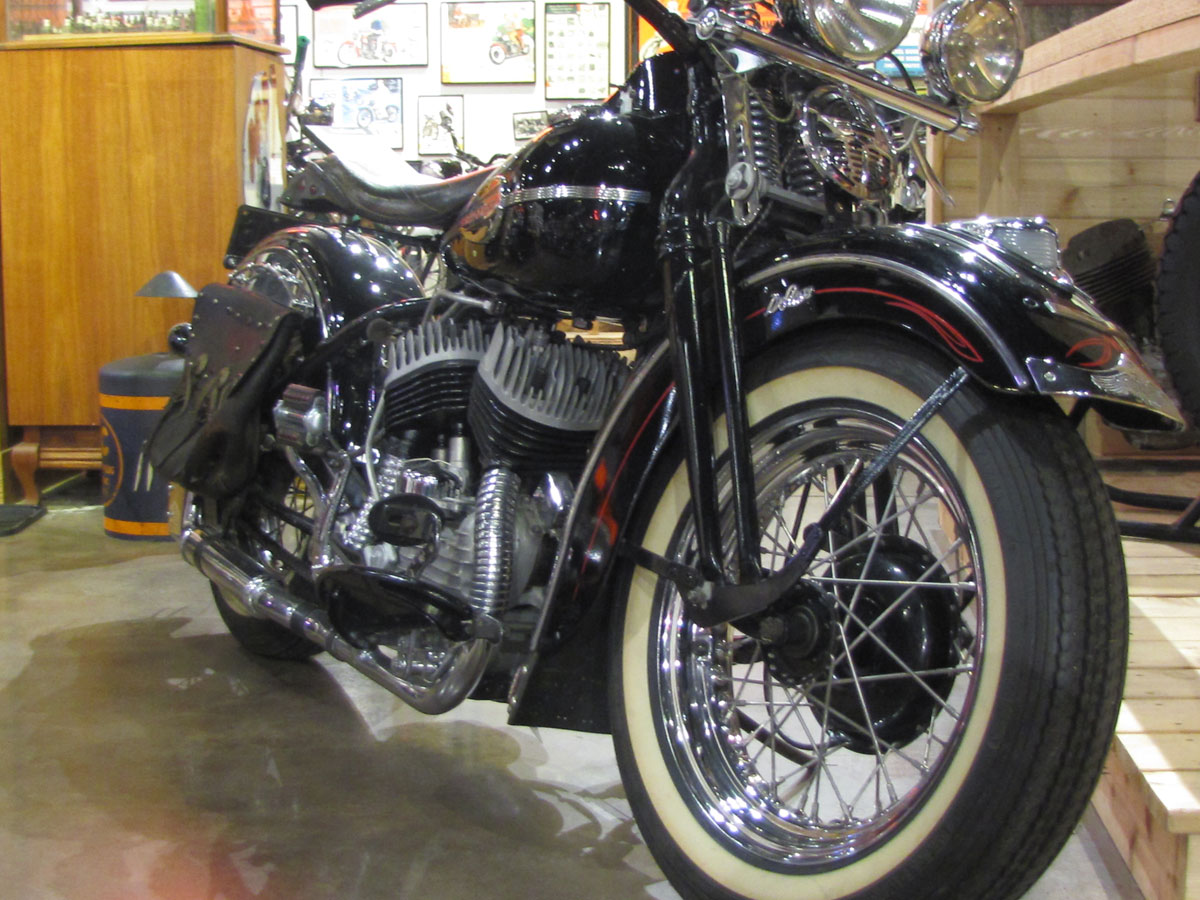 Launched in 1937 as a replacement for the “D” model, the WLD was Harley’s middle weight side valve machine. While using a slightly lower tech design than the larger OHV EL model, the “flathead” or “side-valve” WL 45 was the backbone of Harley’s lineup. Not only did it serve well in modified trim as a courier machine in World War II, the WLA, but in numerous two and three-wheeled versions it was the mount of choice for police departments. The WL series enjoyed great commercial service and in the WLDR and WR was the basis of the Class C flat track racing series which AMA launched in 1934.

The WL being the basic model, the sportier WLD was typically referred to as the Special Sport Solo and employed a higher compression ratio. Wheel sizes, styling and trim were nearly identical to the EL and later FL, but a shorter wheelbase and less weight made for more nimble handling. If you enjoy this period of Harley-Davison styling, the 45’s are a fraction of the cost of the OHV Harleys from this era.

This WLD, currently on display at the National Motorcycle Museum has been treated to a lot of chrome work by its owner including wheels, primary cover and battery box, has a fine set of leather saddlebags, white wall tires, some tasteful pin striping and a pair of spotlights.

In an effort to make yet a sportier lightweight machine to compete better with British offerings, the side-valve K Model was released in 1952.  Ending a long and venerable heritage, the WL model was discontinued though the engine lived on in Servi-Cars. The 1952 K Model was Harley’s first production machine with rear suspension with the FL following in 1958.