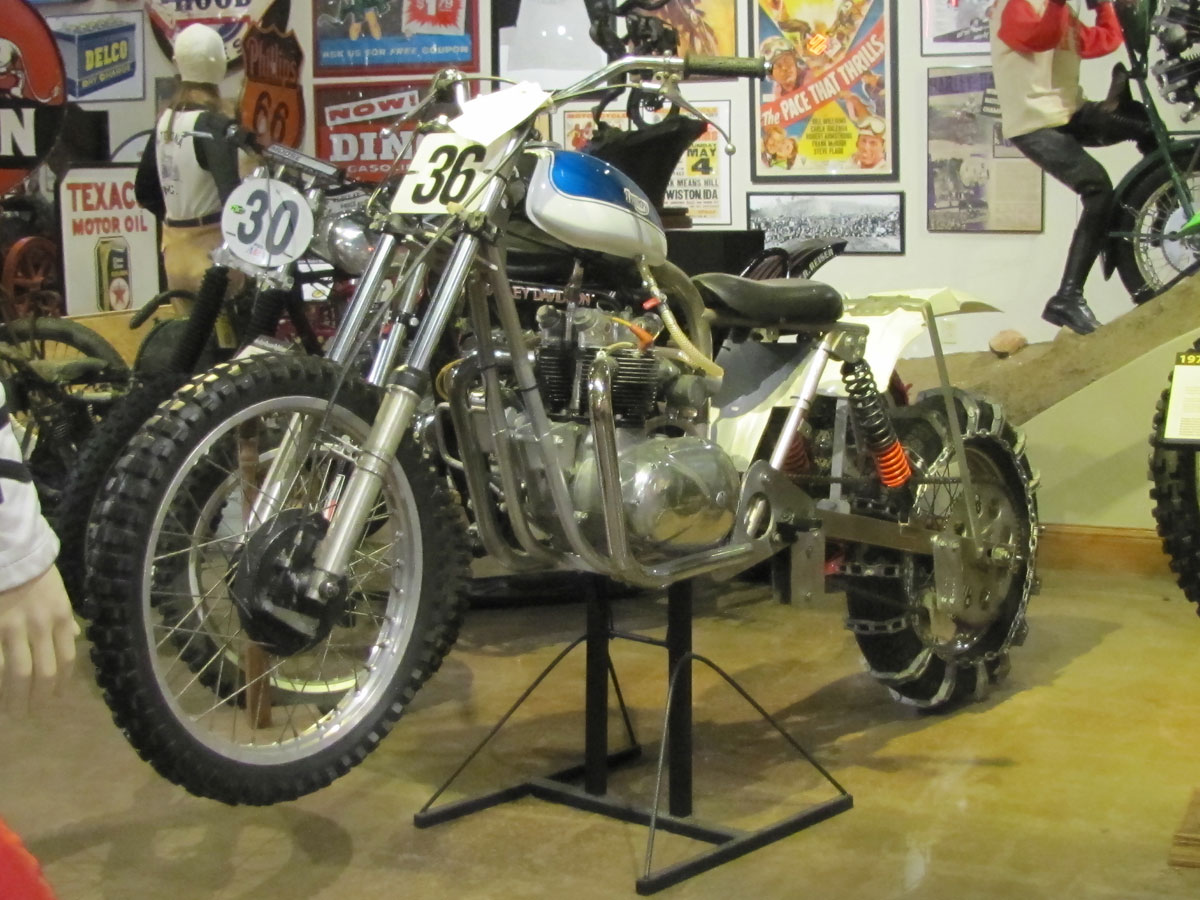 Proving the universal nature of the British twin, this T100C has had lives as a high pipe scrambles/dirt bike, an ice racer, a hill climber and a dirt track racer over several decades.

When you visit the National Motorcycle Museum, you’ll see a display offering a simulation of a hill climb course. In addition, there are dozens of hill climb photos, race event posters and about 10 hill climb bikes from a 1920’s  Excelsior to a Tom Reiser-built Harley Sportster powered machine. There’s even a large scale bronze sculpture by Jeff Decker, Slant Artist. An interesting Triumph with a long story is there as well.

This Triumph 500, T100C, engine started a second life in a Track Master dirt track frame and was raced by Wade and David Camlin of Rock Island, Illinois. Ray Sterns of Milan, Illinois later acquired it, converted it and used it for ice racing. Camlins took it over again this time competing with the chassis using a Suzuki TM250 engine garnering enough points to get AMA National #36 status. Sterns got the bike back and re-built it as a 500 Triumph hill climber, used the bike to earn national points for about three seasons. Larry Licht of Lowden, Iowa became the bike’s next owner/rider. Licht raced the bike in hill climbs into the mid-1990’s. Ray Sterns reacquired the bike, cleaned it up and kept it in the trim Licht used for his days of competition. 30 years after Sterns won his class at the Anamosa Hill Climb, he made another attempt at the Hill and placed second! Then Ray and his wife Judy donated the Triumph to the Museum in memory of Larry Licht.