Blog - Latest News
Lightweight, stylish and practical, the Hungarian Pannonia motorcycle and the aluminum Duna sidecar were a natural fit in eastern Europe.
The CSEPEL Steel and Metal Company, located on a 100 square mile island in the Danube River, was just south of Budapest, Hungary. In 1932 they began making motorcycles under a series of names including Danuvia, White and finally in 1954 Pannonia. Most were single cylinder, 250 cc and smaller and practical two-strokes. Later models used two-stroke twin engines. Enduro and motocross machines CSEPEL made were exported to the United States under the brand name White.
In the same area in Hungary in the early 1950’s the shipyard Vaci Hajogyar began building sidecars specifically for CSEPEL manufactured motorcycles including the Pannonia, and called these sidecars Duna, Hungarian for Danube. Early models used a steel body, later versions like this one were aluminum. The distinctive “rocket-nose” design was typical of Duna design. When Pannonia ceased motorcycle manufacturing in 1975, Duna sidecar production ended as well.
Pannonias  carried classic styling similar to German, Czechoslovakian and Italian designs of the early post-War era, but like some other eastern European motorcycles never became fully modern in appearance or mechanicals. Though there was a 1975 overture from Yamaha to modernize and increase production, this was rejected. Much like British motorcycle manufacturing was impacted by the coming of the more technically up to date Japanese offerings and marketing, the CSEPEL motorcycle works suffered as well. Government owned, it was shut down in 1975 after a 44 year long history.
Specifications: 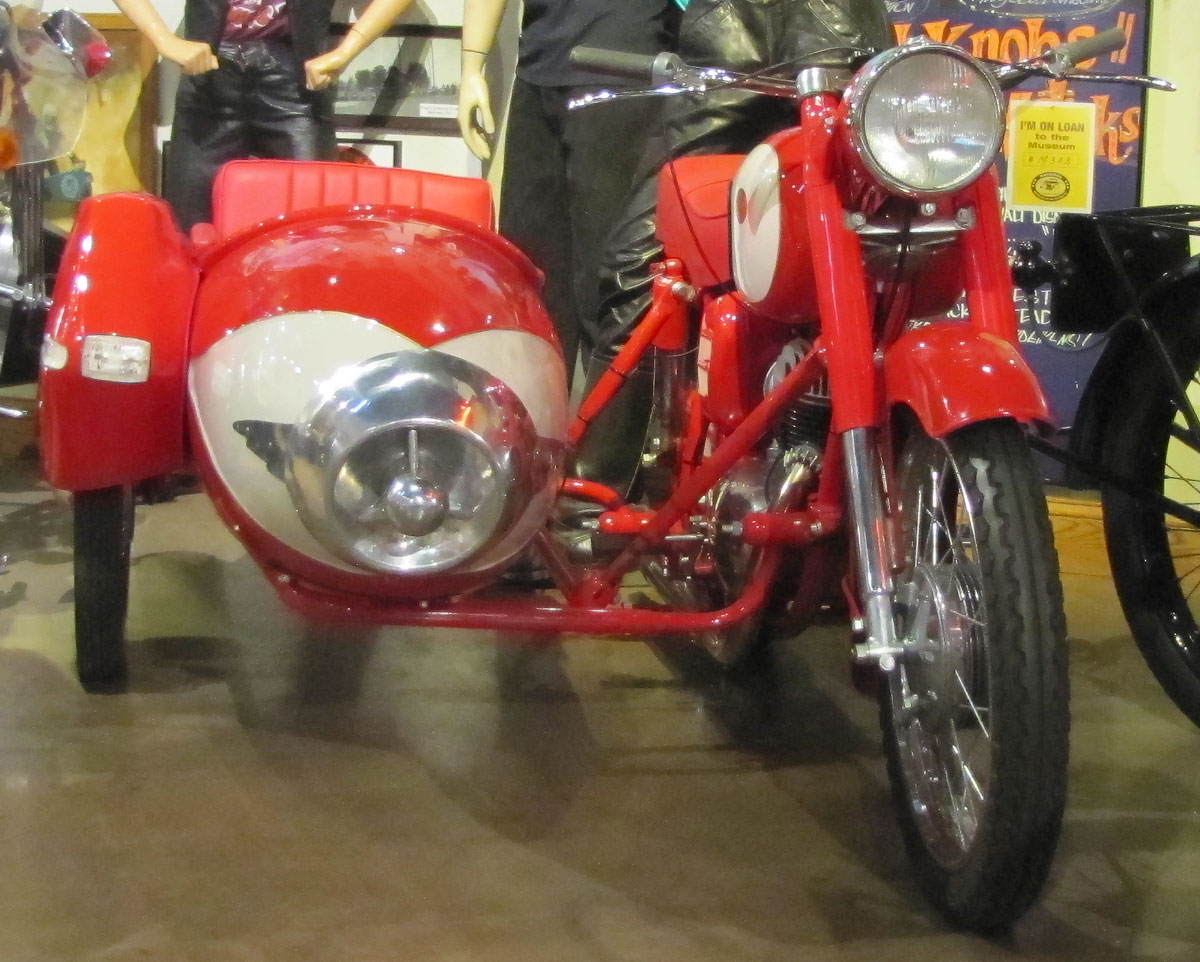 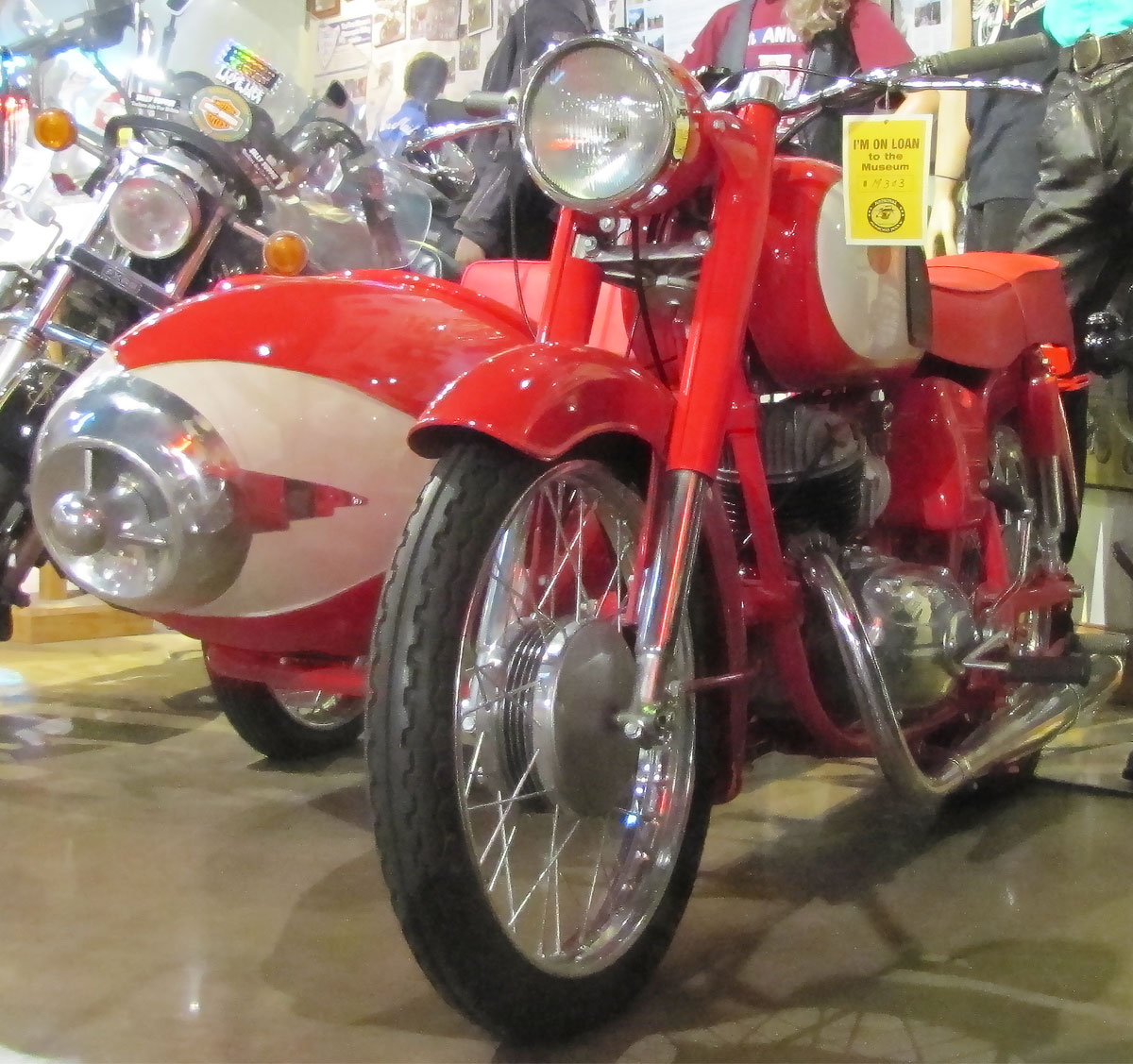 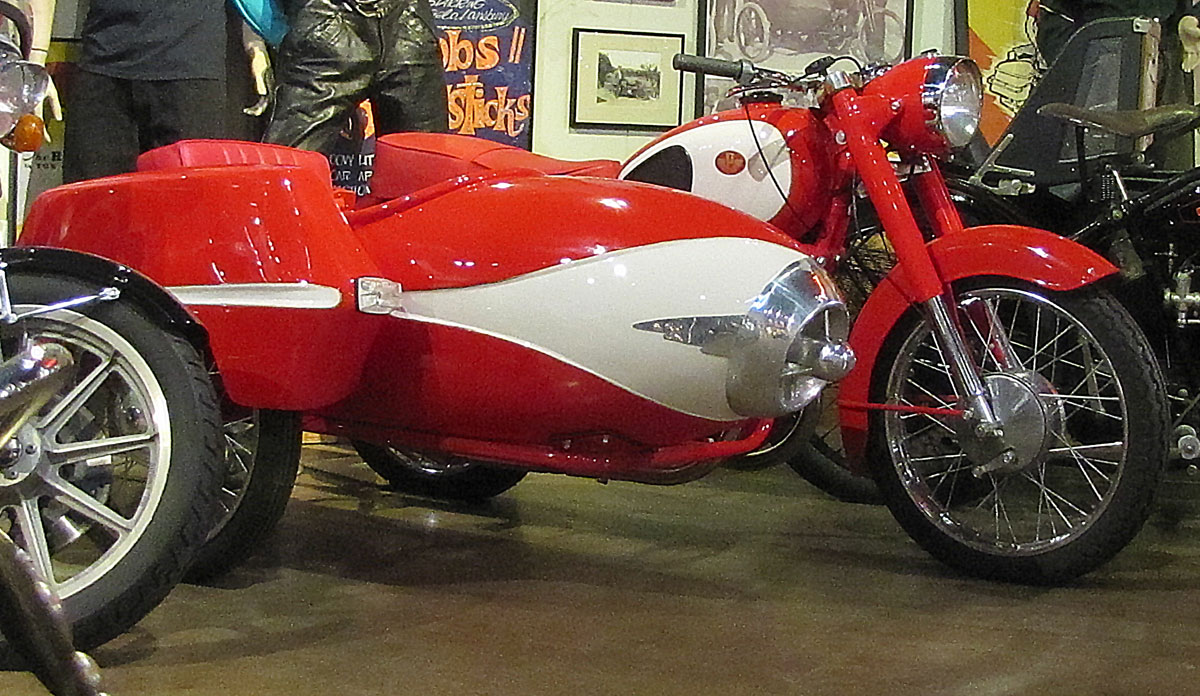 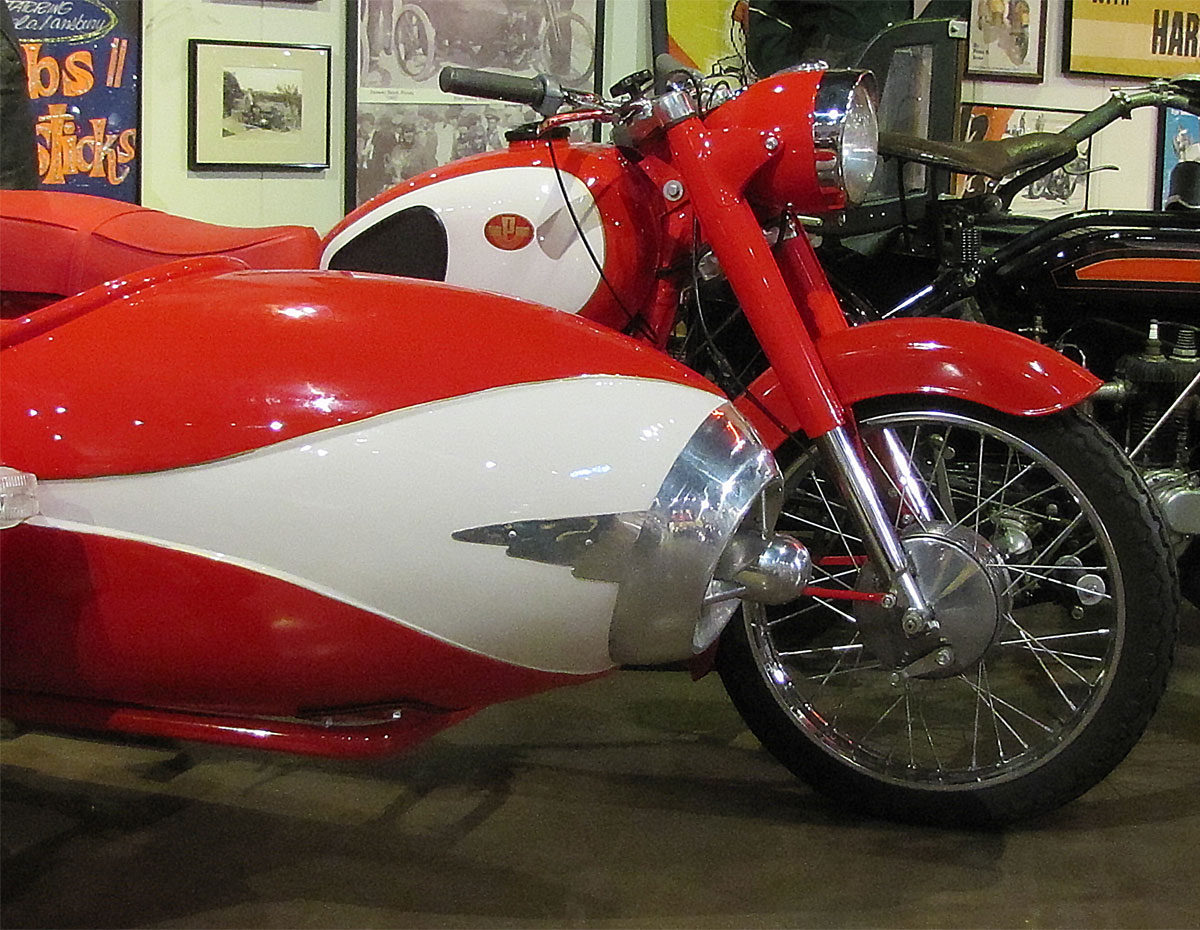 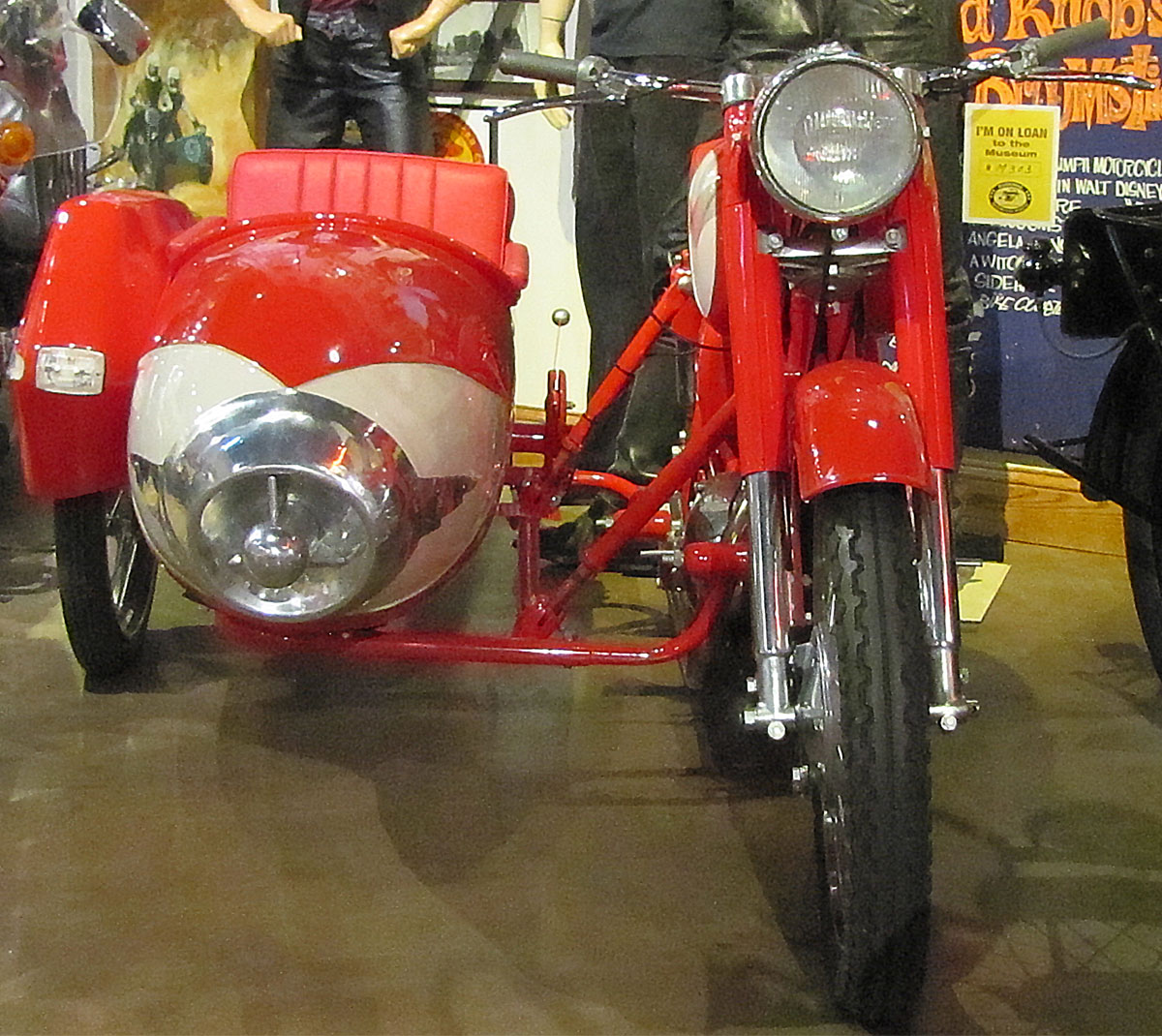 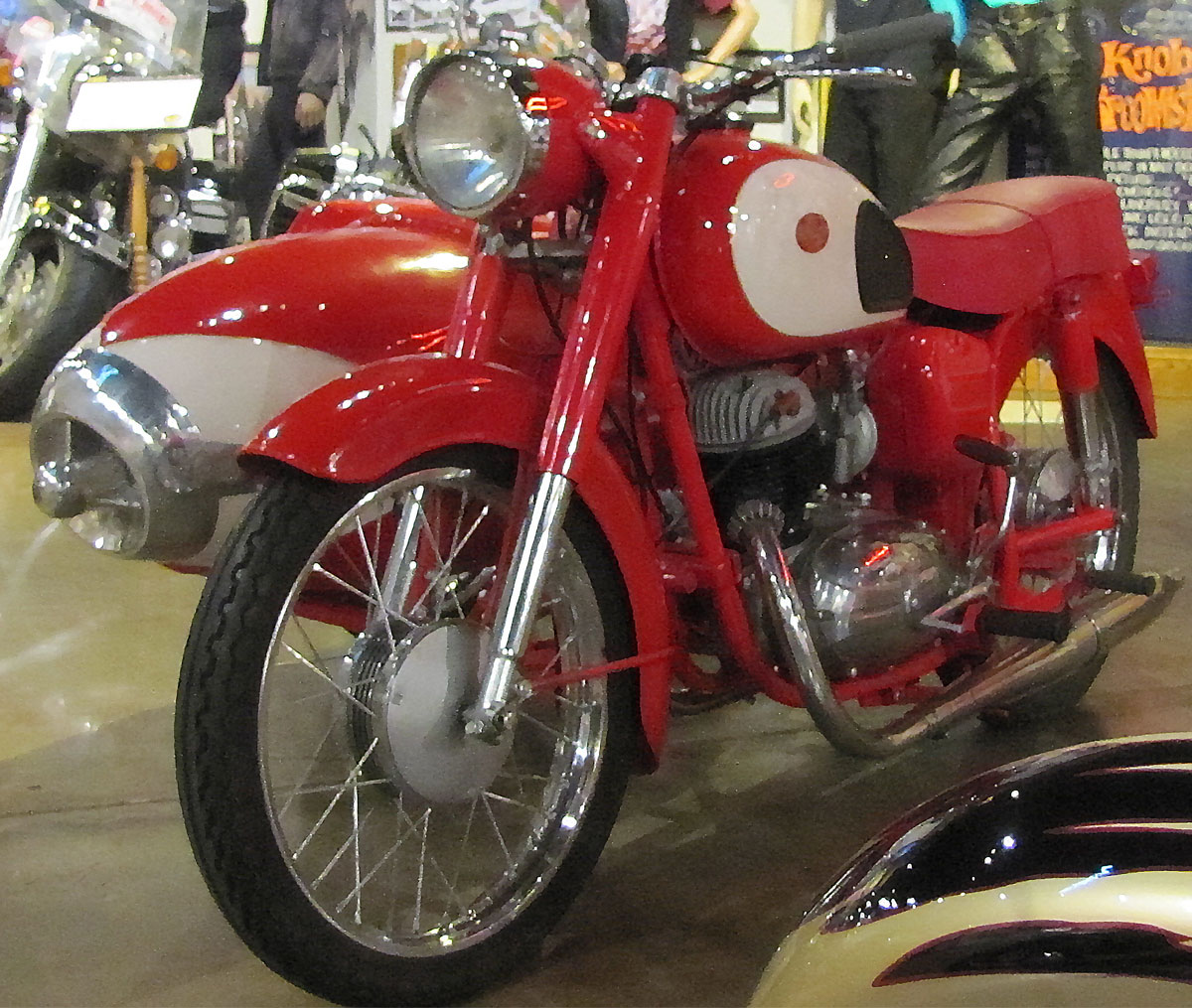 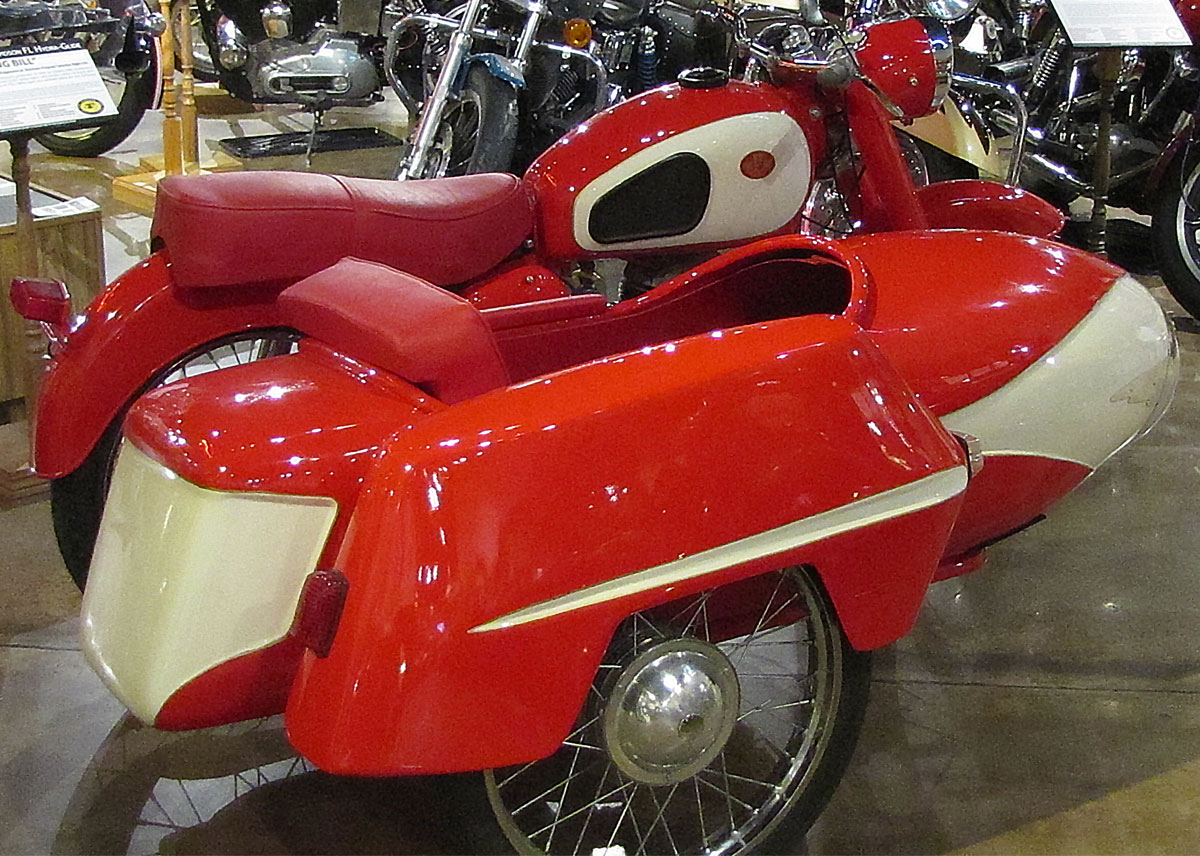 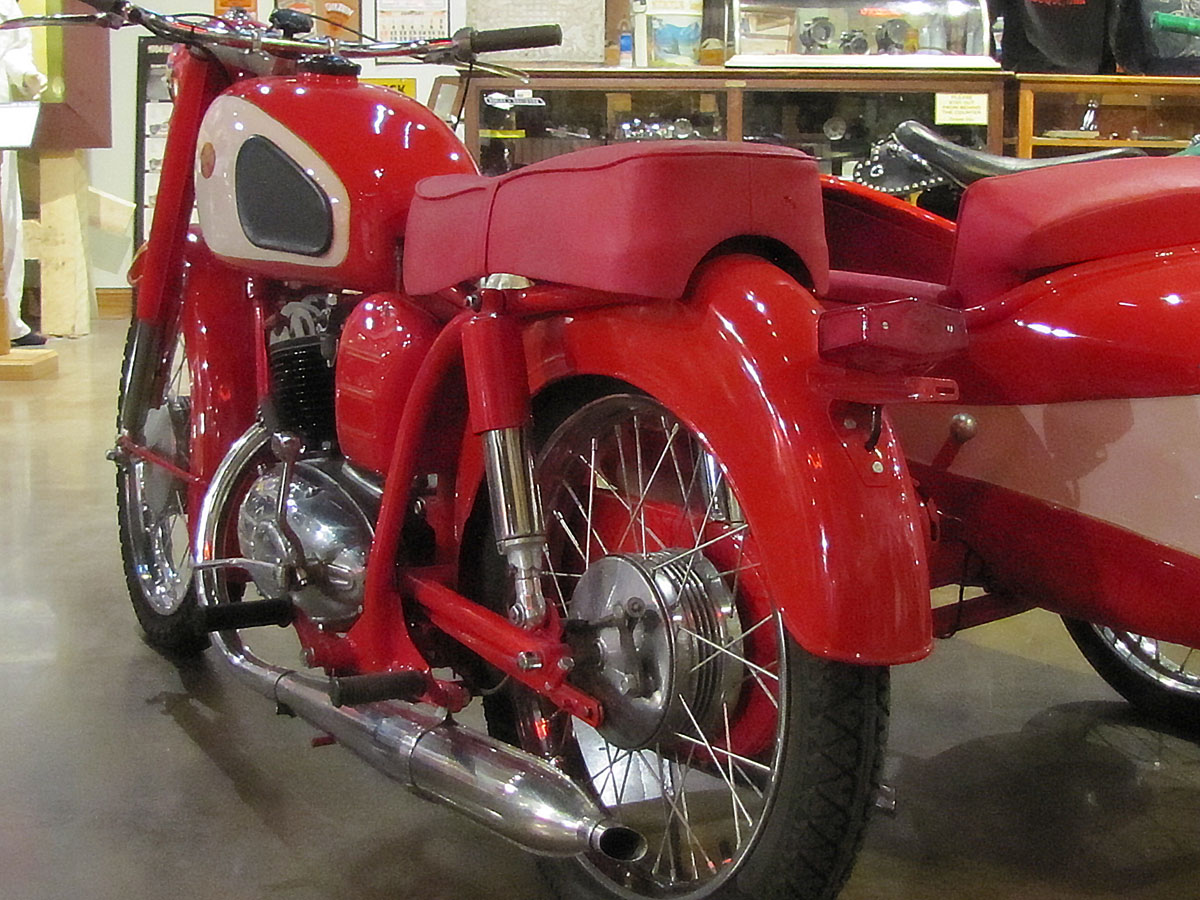 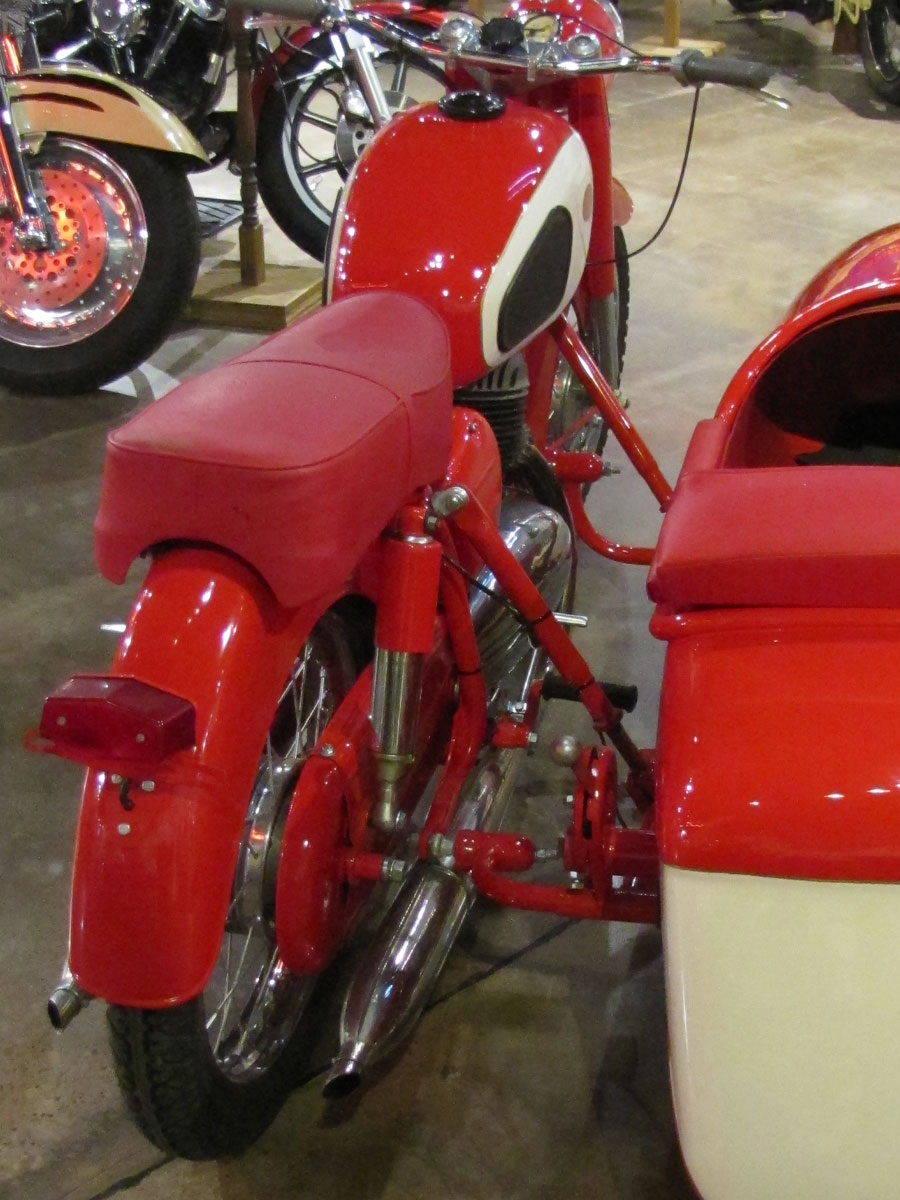 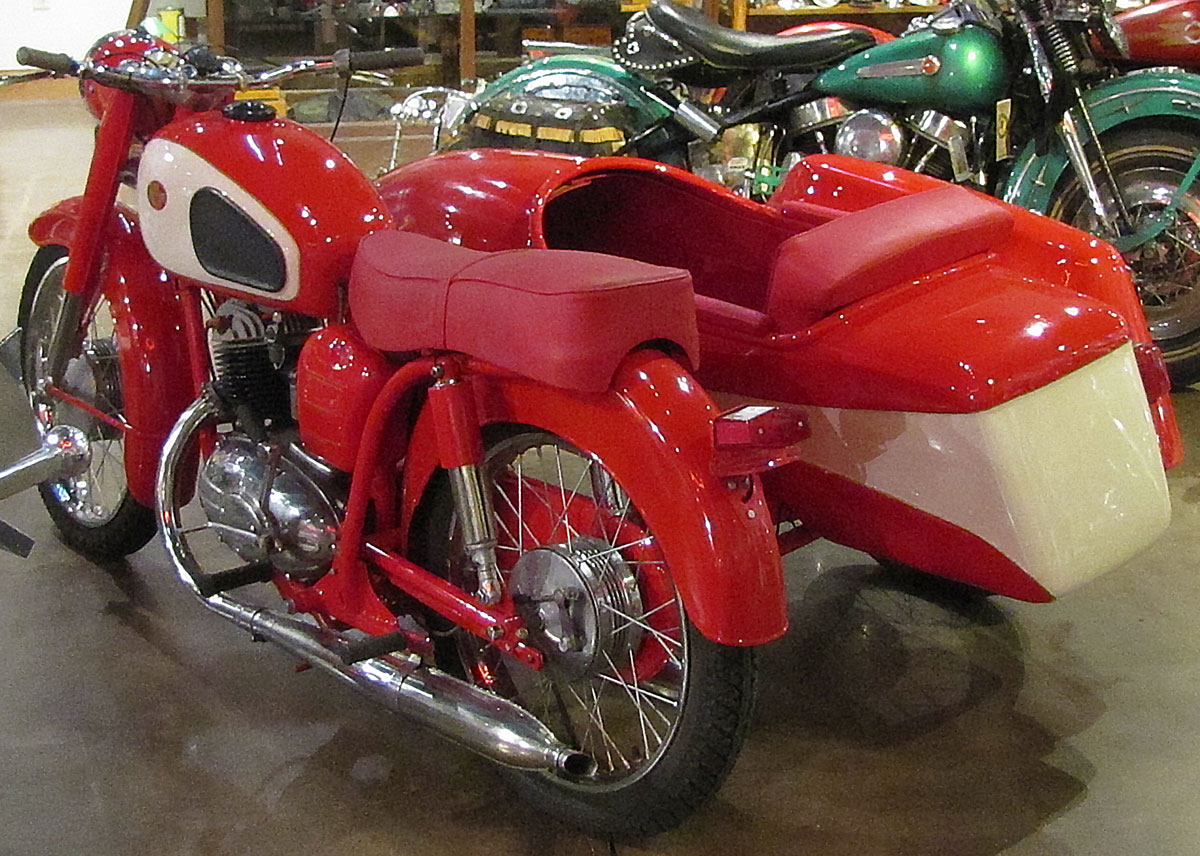 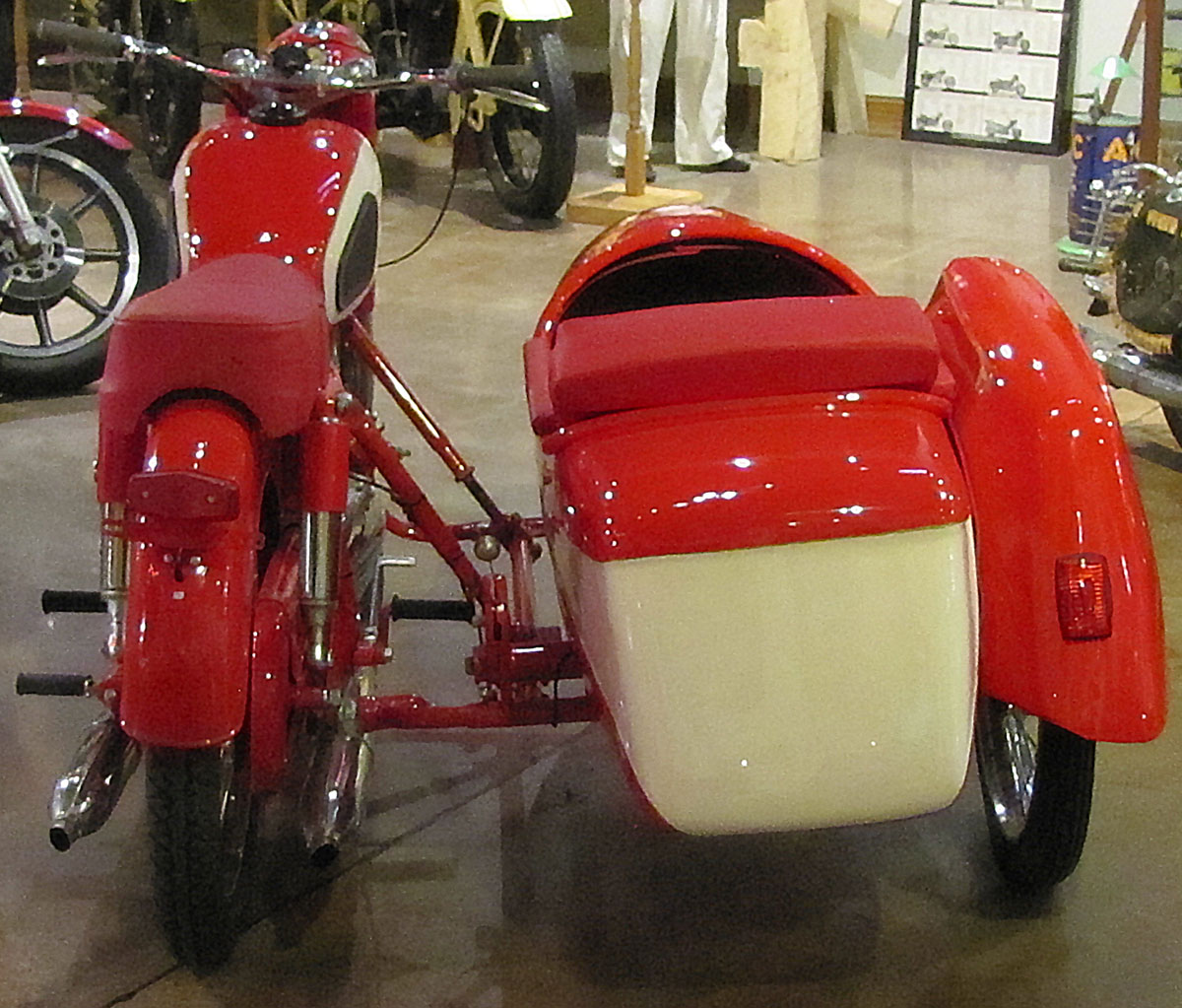 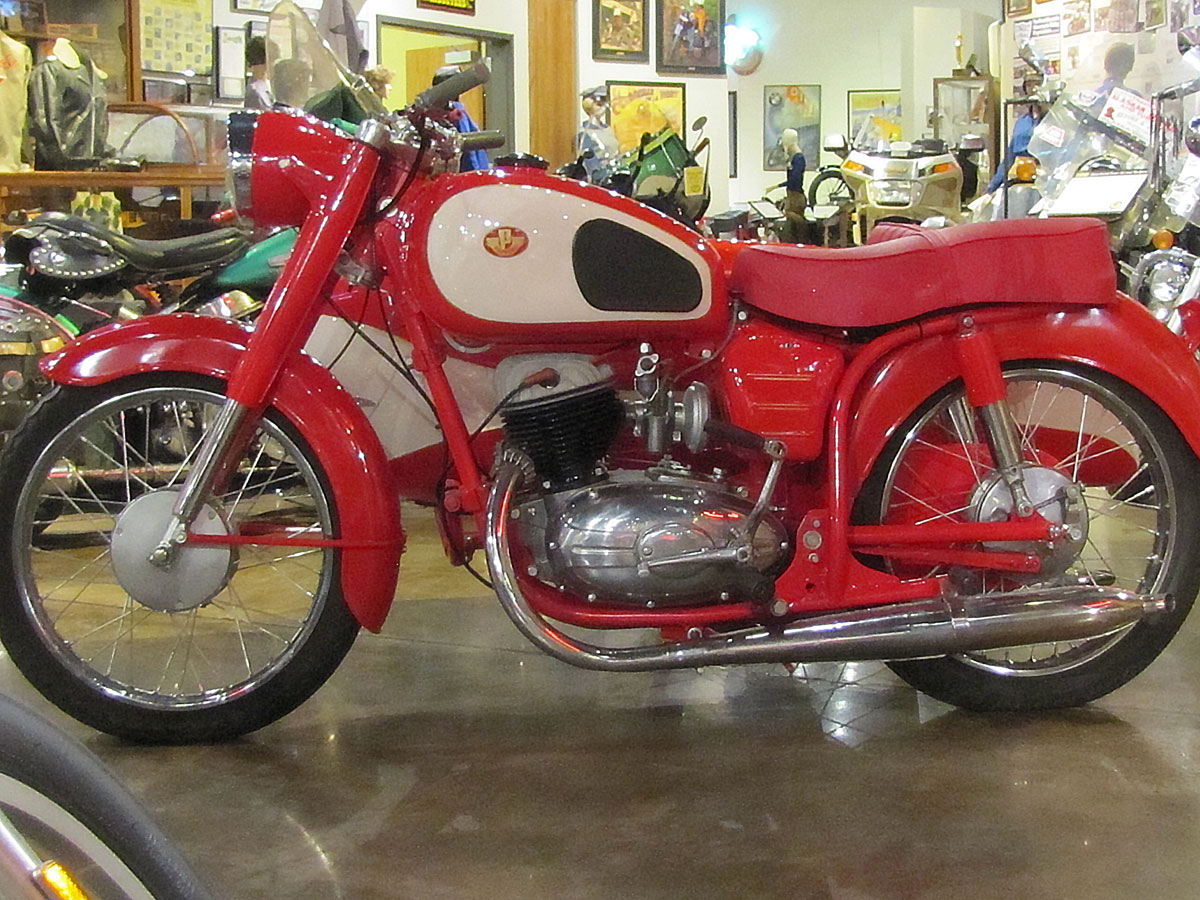 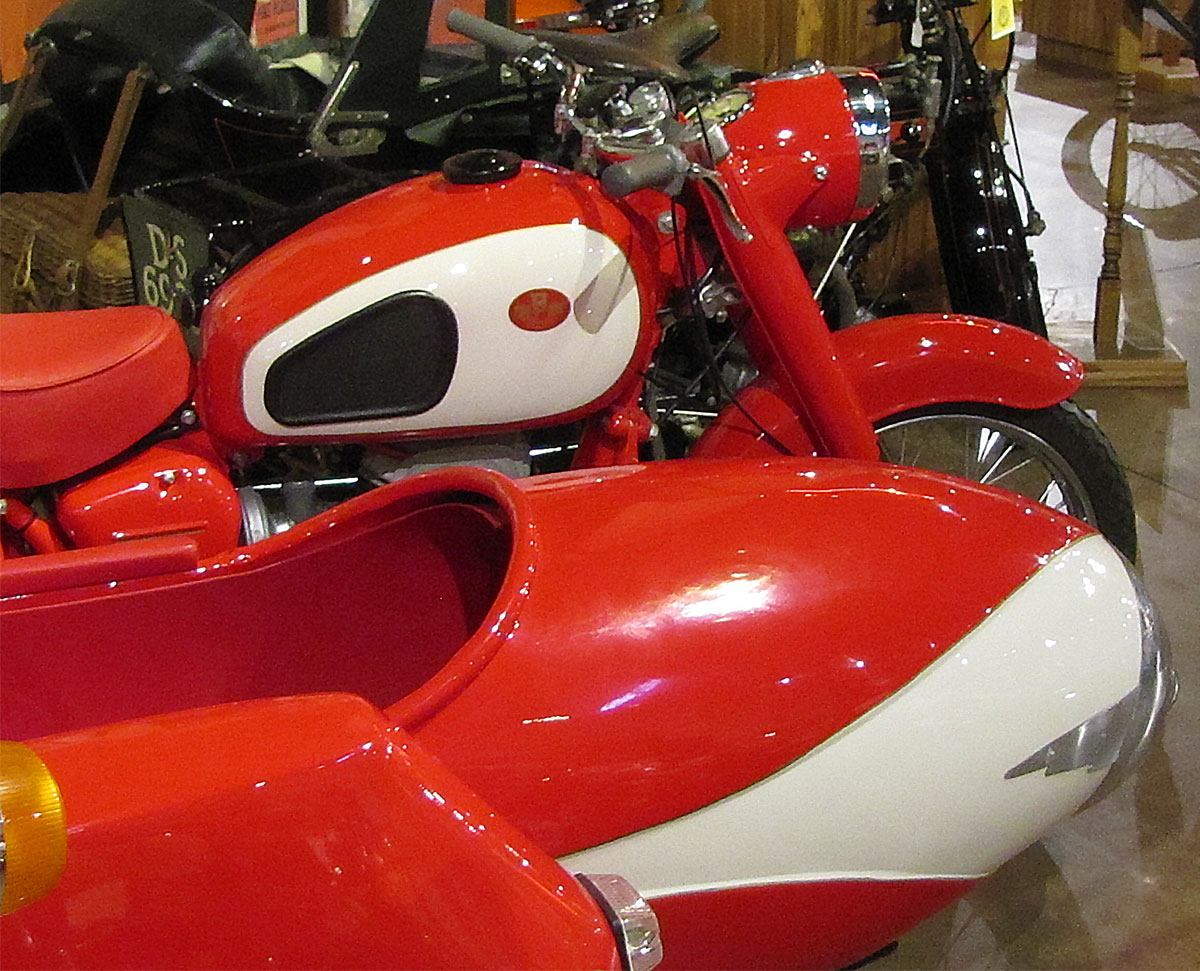 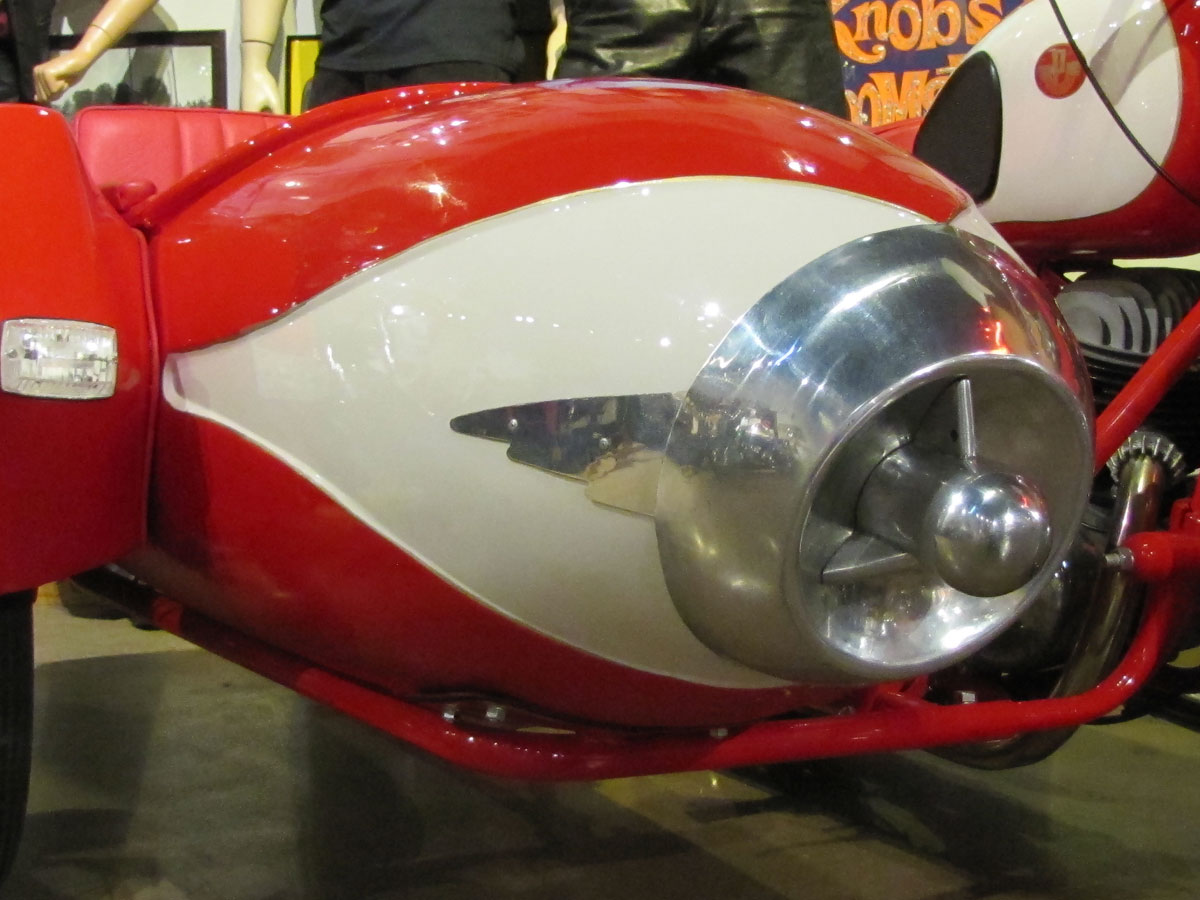 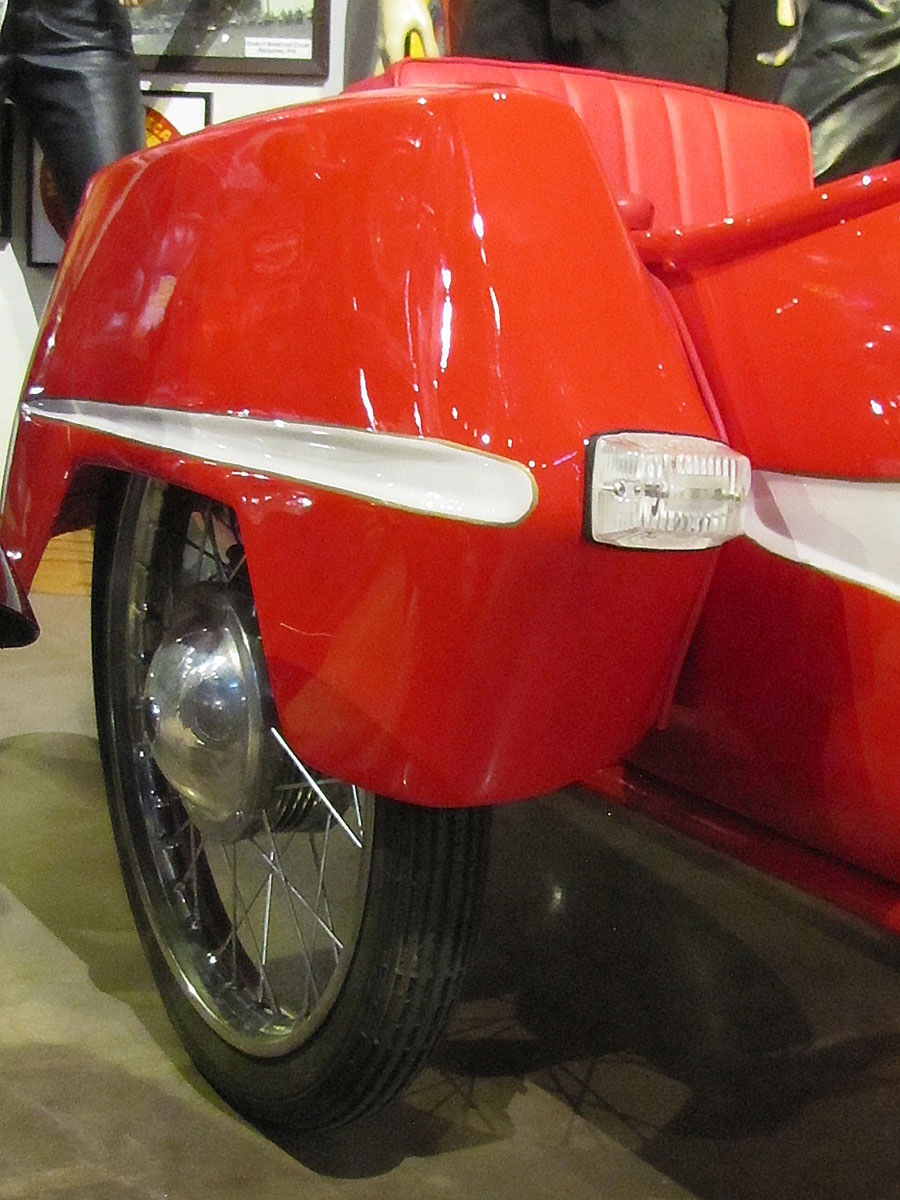 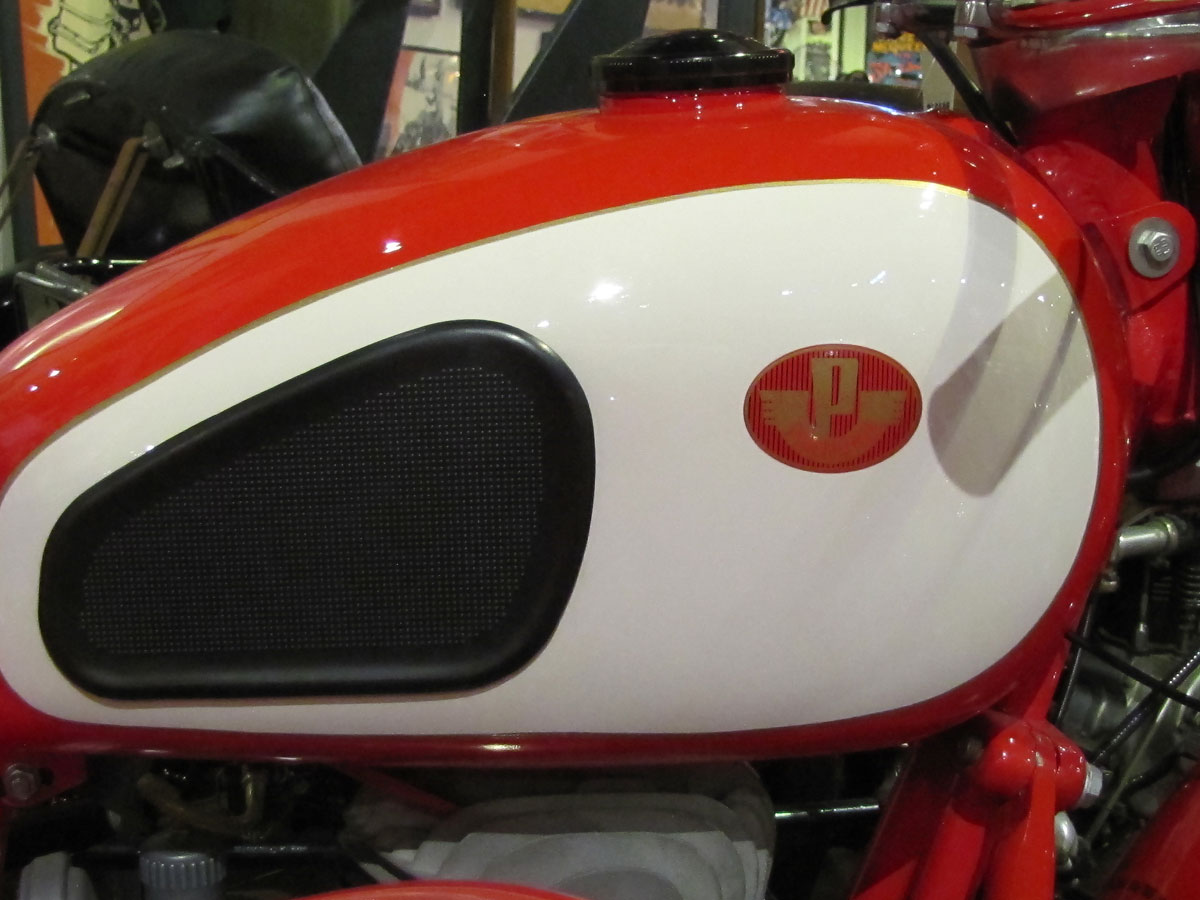 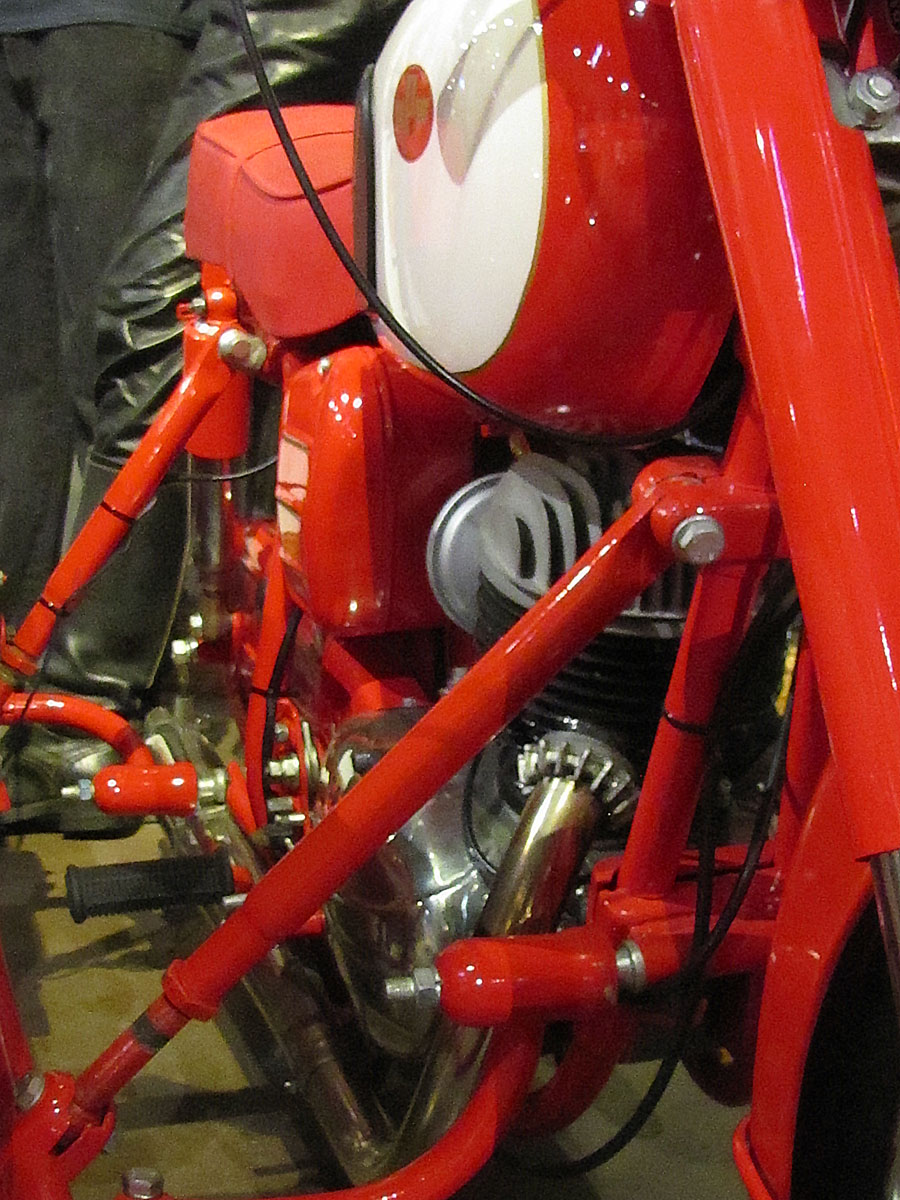 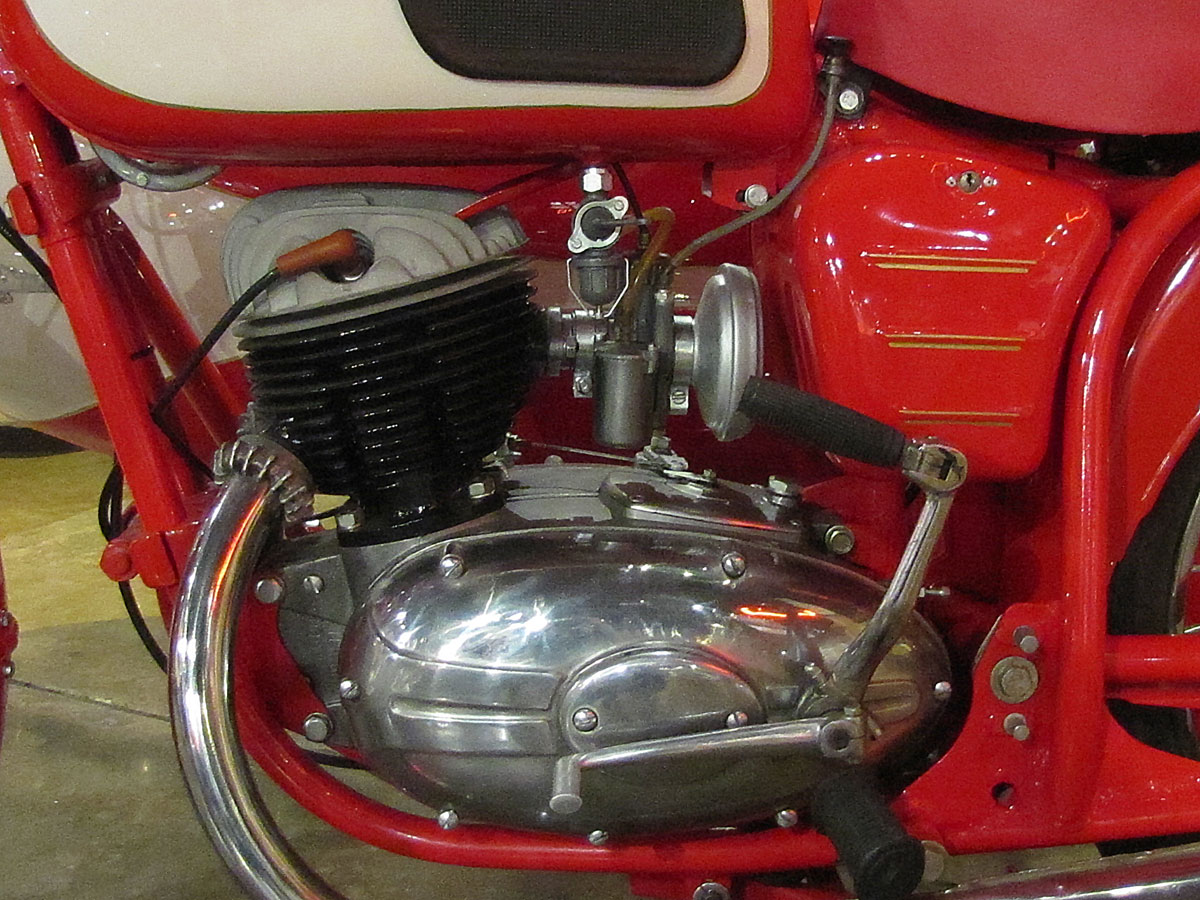 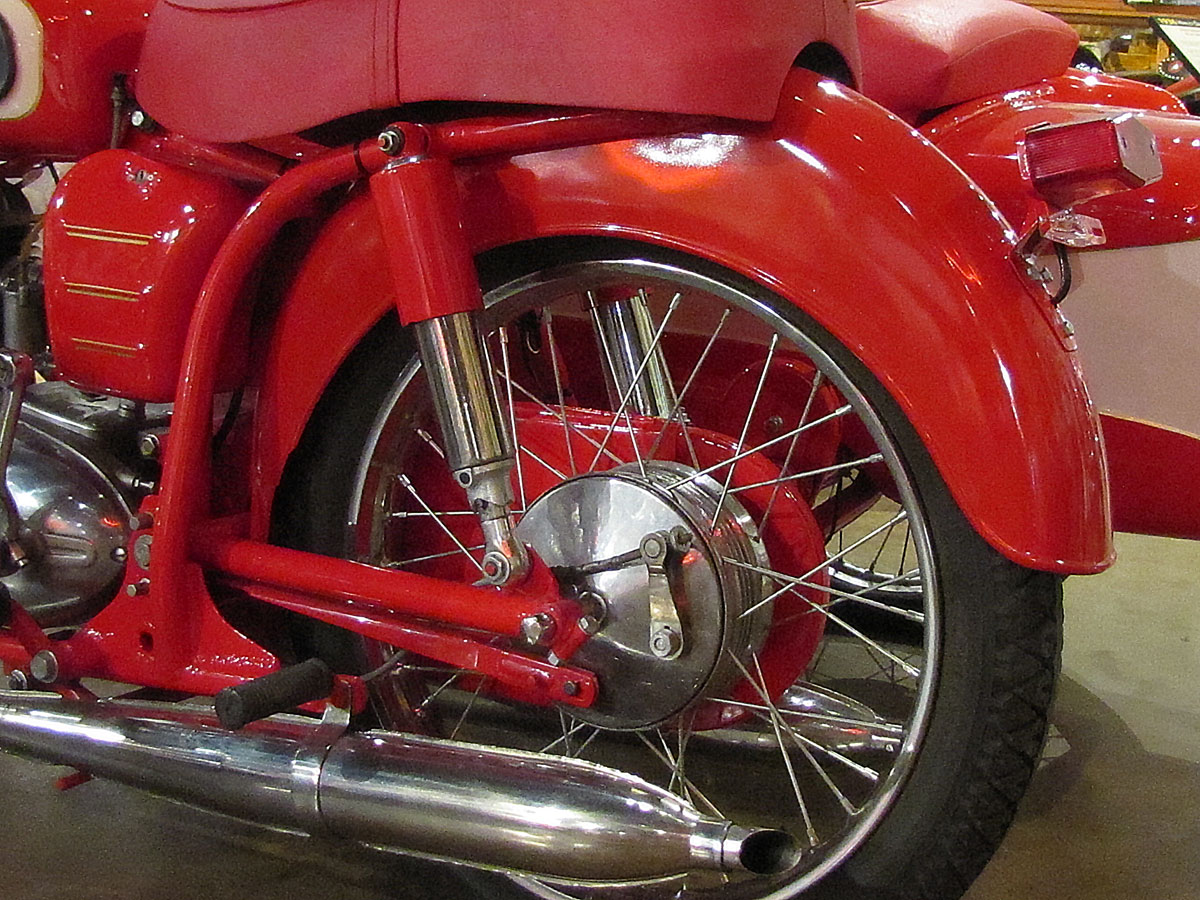 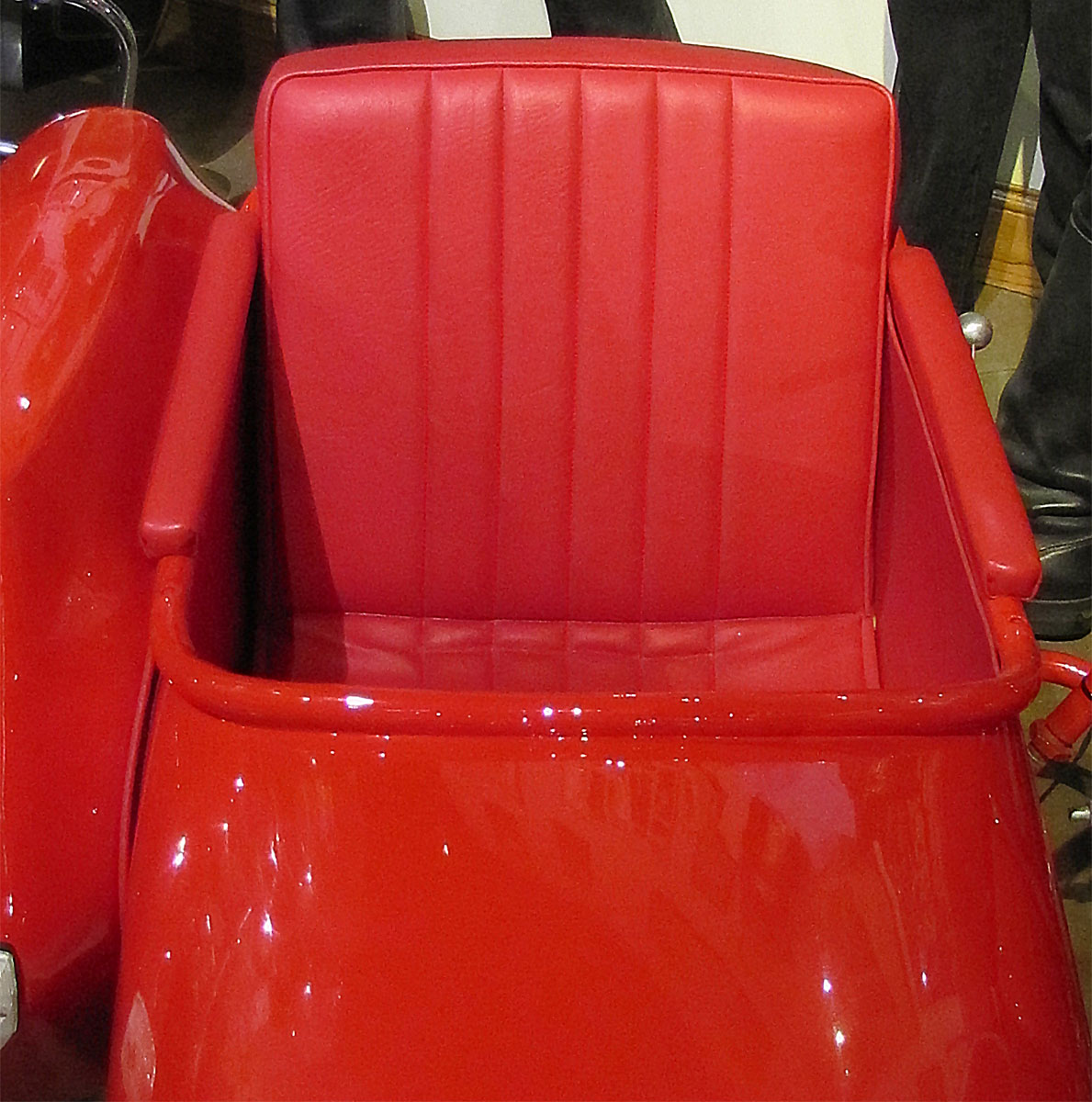 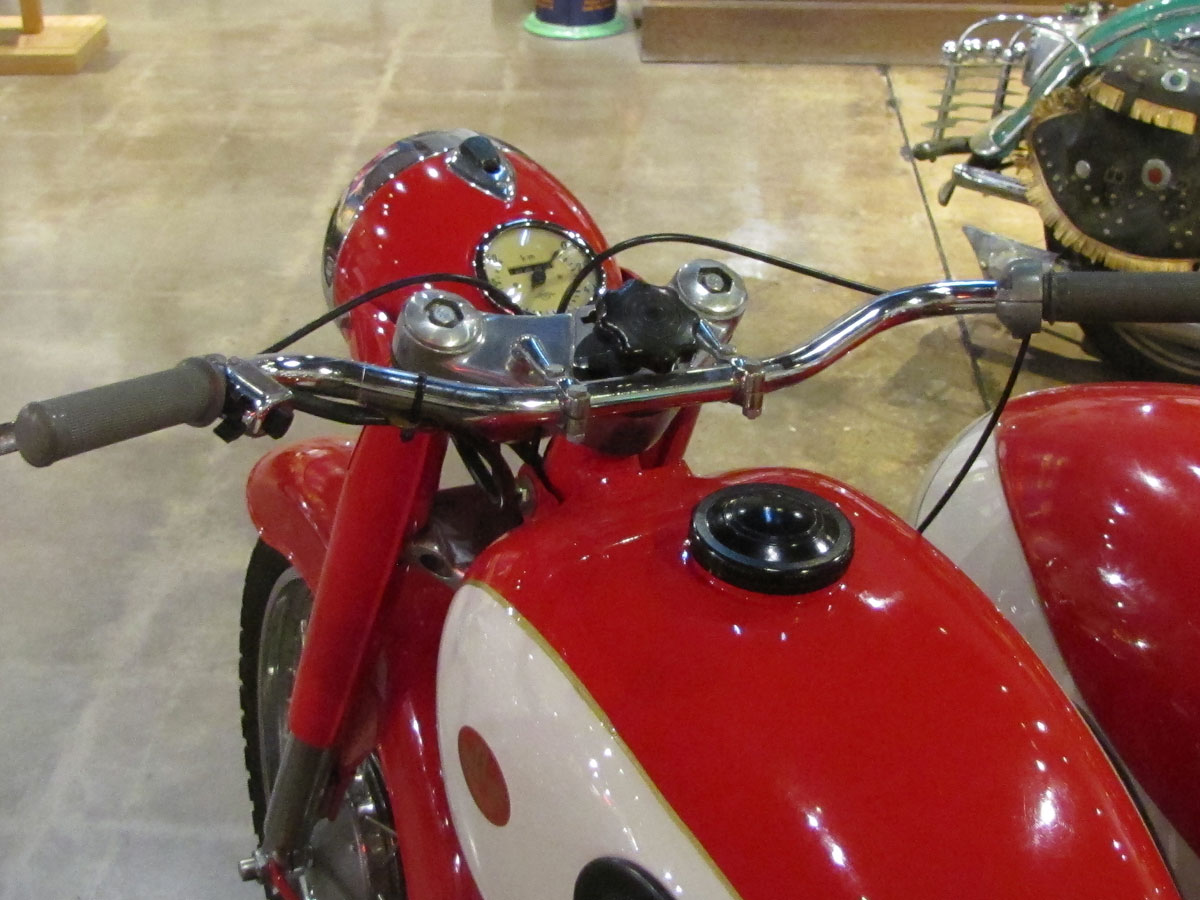 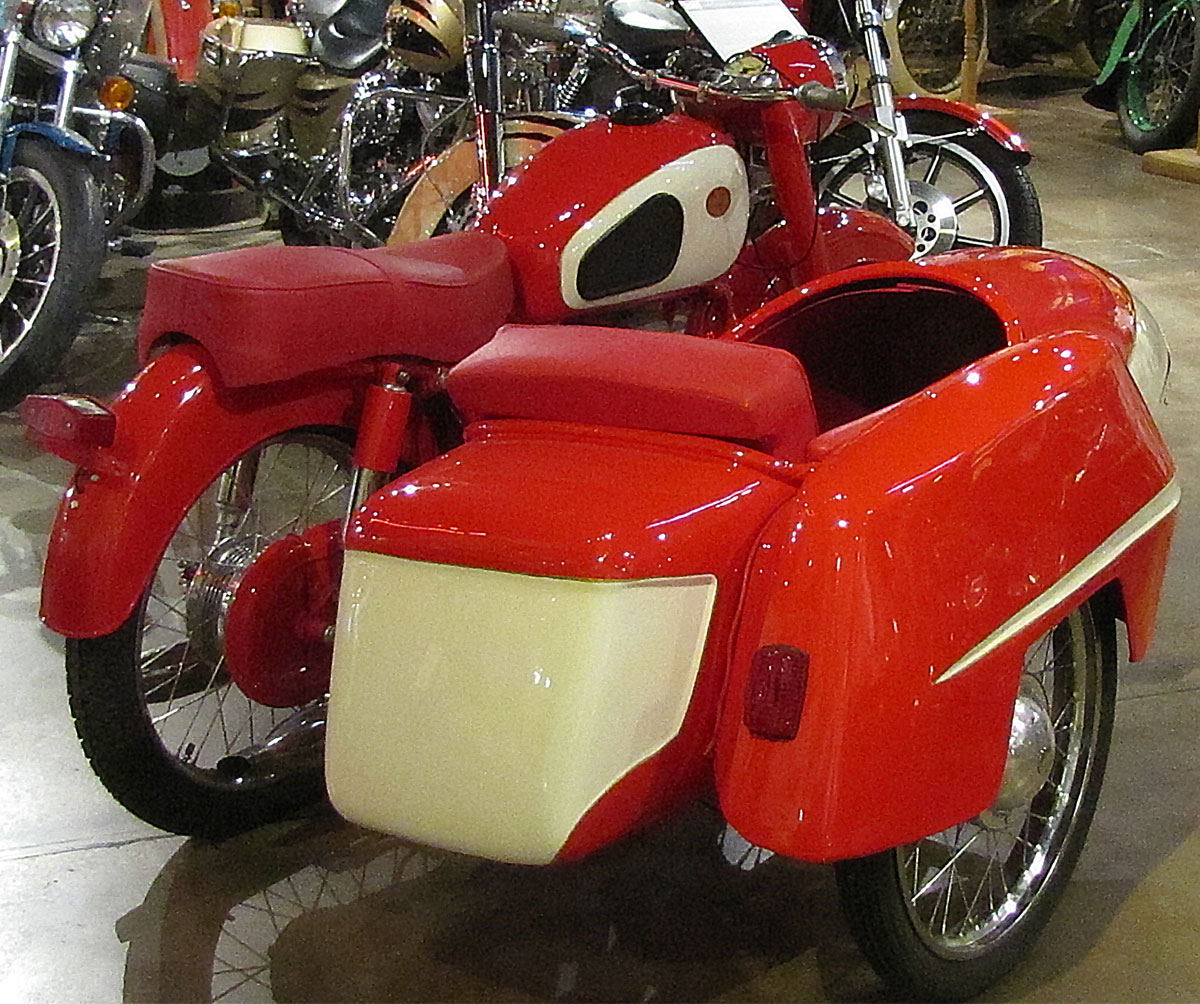