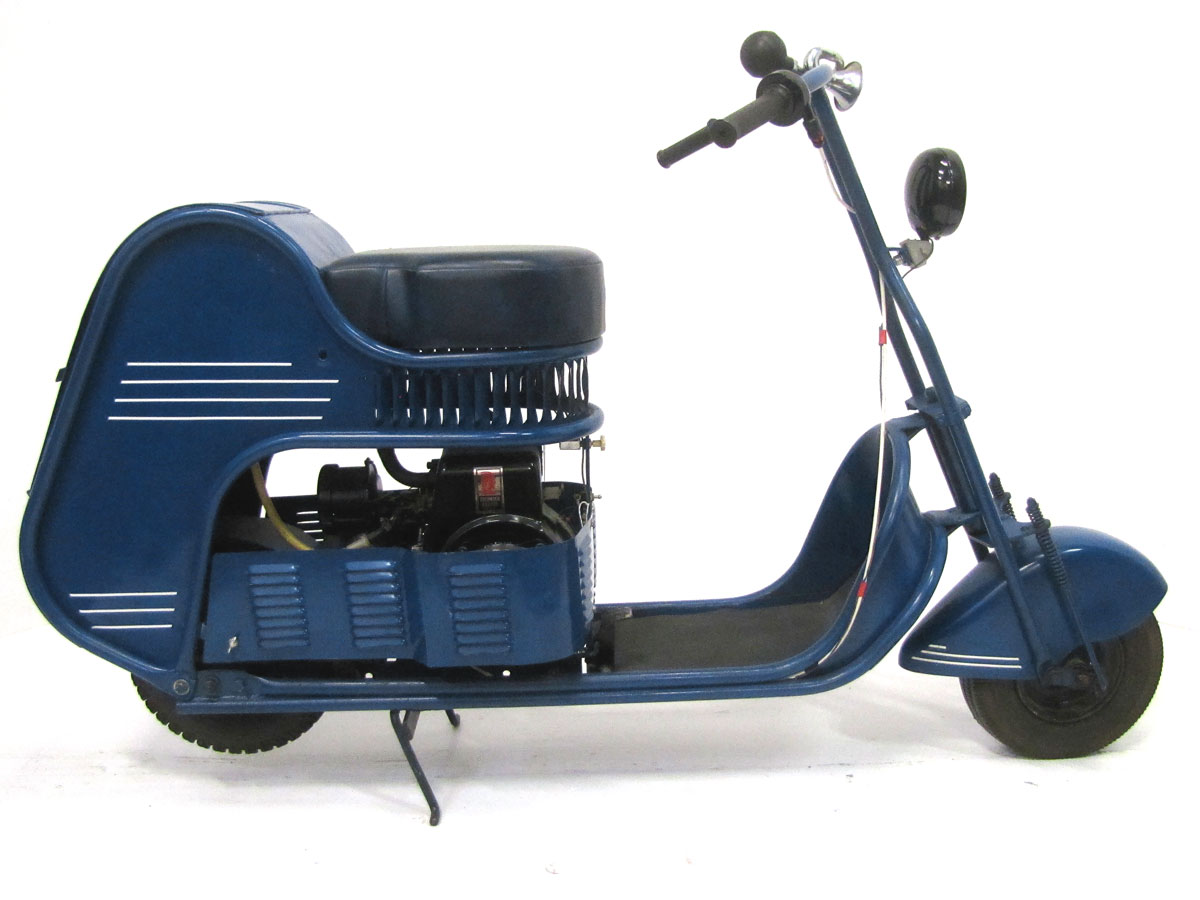 Chicagoan Norman A. Siegel began Moto-Scoot Manufacturing in 1936. By 1939 Time magazine noted Moto-Scoot as America’s largest scooter manufacturer, Siegel “…the Henry Ford of the scooter business.” Siegel’s company was involved in war-time production which ultimately caused financial difficulties, the end of Moto-Scoot production and closing of the company in the early 1950’s.

Somewhat different from a motorcycle, a short wheelbase and small wheels characterize the scooter. The dictionary explains; “a two or three-wheeled motorized vehicle that has a low seat and a bottom platform for resting the feet.” In some definitions “sitting over the engine” and mention of the “step-through” feature is also typical.

Originating in Europe and America in the 1930’s, the scooter is a small, efficient personal transport device. A resurgence in popularity in America since about 1990 has a wide range of these typically step-through machines available. Recently electric motor driven machines have come to market.

This Moto Scoot is one of many American and European scooters, power cycles and mini-bikes on display at the National Motorcycle Museum, including a fine bright orange Salsbury scooter. It’s on loan from the Jill and John Parham Collection.
Specifications: