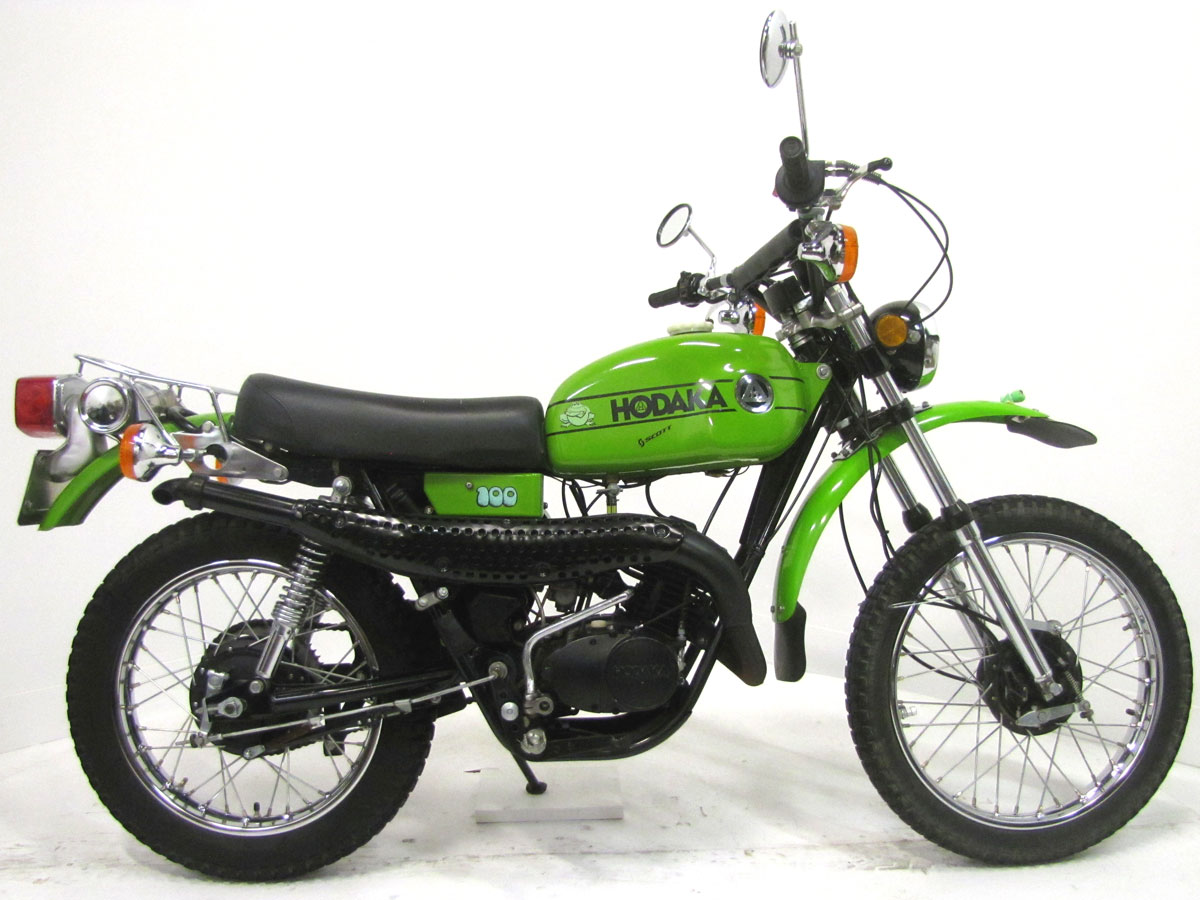 Scat, Dream, Squirrel, Elefant, Beagle, Hummer, Bandit, King Dick, Tempter and of course, Combat Wombat, Ace, Super Rat, Super Combat, Dirt Squirt and Road Toad are some creative motorcycle names from the past century. Marketers work to “brand” their machines as fast, dependable, luxurious. But the Japanese company Hodaka, and its distributors, PABATCO, prominent in the late 1960’s through the mid-1970’s, just wanted to have some fun.

Ranging from the chrome tank 90cc Ace from around 1964  to Hodaka’s demise around 1978 when it was building 250’s, many of us remember the brand, may have started riding on a Hodaka. But the company has a strange corporate history. First, PABATCO was a joint Japanese/American company. The world-wide distributor was PABATCO, the Pacific Basin Trading Company based in Oregon. Oddly, PABATCO was owned by Shell Oil Company. Most Hodakas we know were designed and engineered in Oregon, then manufactured in Japan. By the way, the Japanese word Hodaka means to grow taller.

Finished in a glorious candy lime green any amphibian would be proud of, the Road Toad was a useful, lightweight dual purpose bike. Built on a traditional twin loop tubular steel frame, equipped with a stout luggage rack and a chrome tool box, braced bars, universal knobby tires, a skid plate, serrated pegs and turn signals, it was a go anywhere bike. According to period magazine accounts, this is the first Hodaka to feature oil injection.

Hodakas have a strong following and The Hodaka Club offers a good forum for information exchange. Each year ”Hodaka Days” is produced by a local club in Athena, Oregon, the original home of Pabatco.

William Frerichs found this intact 650 mile example that needing nothing but a polishing. “My brother bought a ’76 Road Toad right after he graduated high school in ’77. I always thought it was a cool bike and decades later tried to find one. Except for two or three little scratches, it’s in amazing shape. I have visited the Museum a few times and really like it. Sometimes it’s the more normal, less valuable bikes that bring the most interest. Whenever I rode the Hodaka people asked questions about it.” Then after about 500 miles riding, William decided to donate outright his Road Toad to the National Motorcycle Museum, understanding that every year thousands of people could see it, maybe recall their personal riding history with Hodakas. “I also have a really nice Yamaha DT80. My son will soon be old enough to ride it.” This Road Toad is one of a couple of dozen interesting off-road bikes from the ’60’s, 70’s and 80’s, British, European, American and Japanese you can enjoy when you visit.