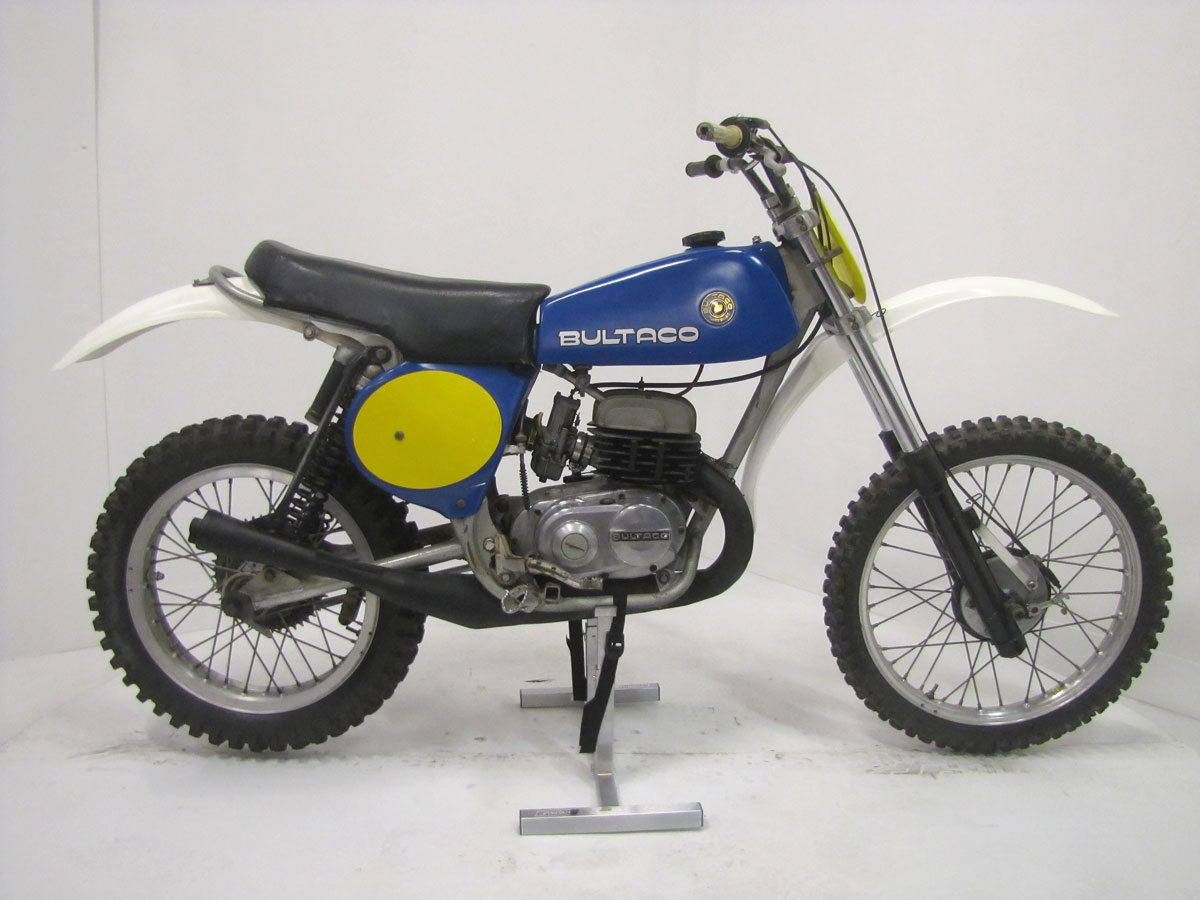 Jim Pomeroy, champion motocrosser, made the name Pursang famous with his wins in AMA Pro Motocross, but also in the Spanish Motocross GP in 1973. He not only became the first American to win a Gran Prix on a Spanish bike, but also the youngest rider to win a World Championship Motocross Grand Prix and the first rider to win this type of event in his debut race! Bultaco made the best of it and in 1975, the 360cc “Pomeroy Replica” was in the Bultaco line-up.

Noted for their unique style among collectors, Model 48 and Model 68 Pursangs, aka “Box-Tails,” also on display here at the Museum, made use of fiberglass for major body components. This proved to be very fragile stuff so was often replaced by Preston Petty’s aftermarket parts. By the mid-1970’s the traditional “unbreakable plastic” fenders became factory stock.

From the beginning, piston-port timed engines, by 1979 the Pursang Mk XII had adopted reed valves like most of its competition.

Most Pursangs were 250cc machines but 125, 250, 360 and 370cc displacements were available over the span of the model’s production, plus a works 400. Though the Bultaco brand is still out there, actual factory production for Bultaco and Montesa ceased around 1983.

When you visit the National Motorcycle Museum you can take in a good selection of motocross, trials and enduro motorcycles. A good number of these bikes, including this Bultaco, were donated by Tina and Kevin McGill and include CZs, Maicos, KTMs, Montesas, Hondas and Huskys.