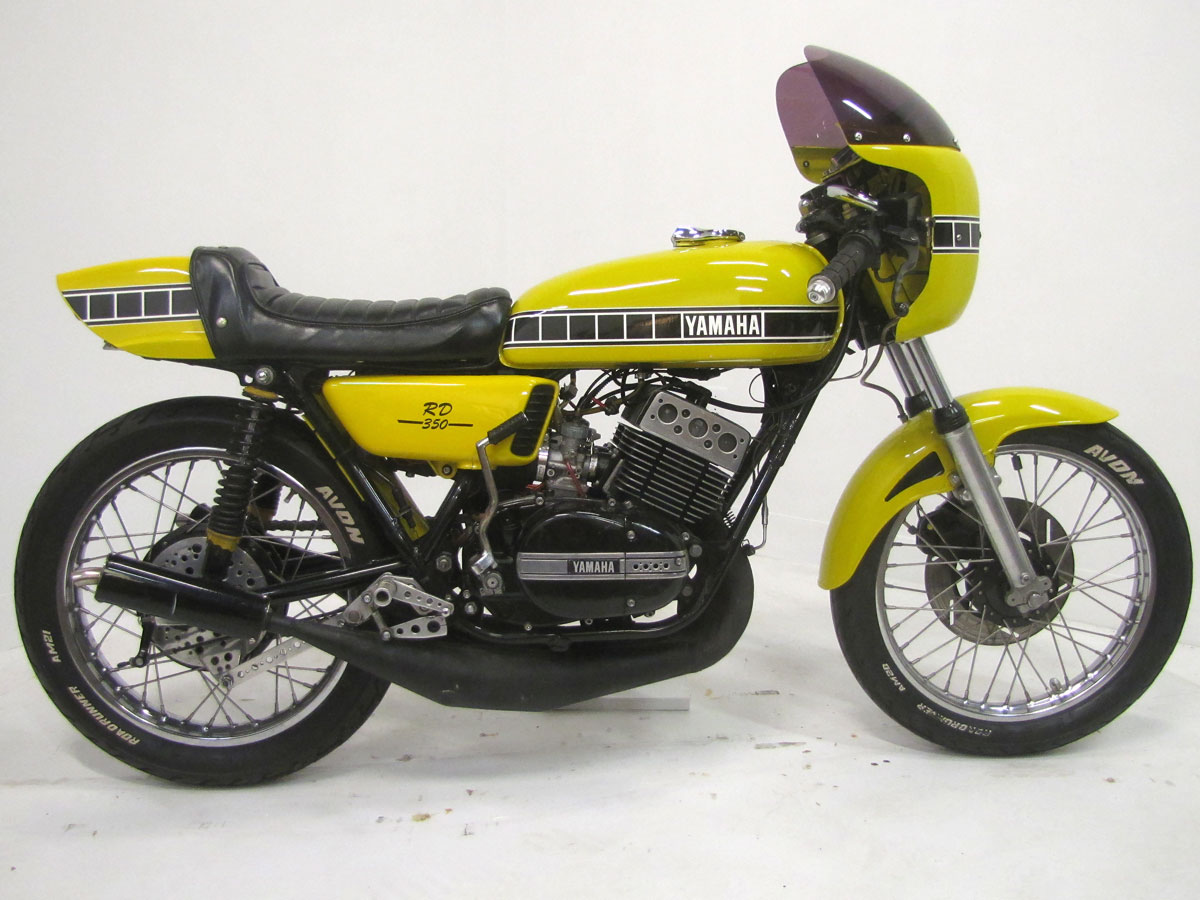 Budget club road racing came alive with the R5 and later RD350 Yamahas. Cheap when new with lots of good tuning parts available, they lead their class, have developed a cult following. And you will recall that in 1972 Don Emde, riding a diminutive air-cooled 350cc TR3 Yamaha production racer started Yamaha’s ten year run of Daytona 200 wins on their two-strokes, shutting out the big American twins and British Triples as well as other Japanese two-stroke competition.

Yamaha released its first 350 in 1967, the YR1, followed by the YR5 or “R5” made from 1970 to 1972. Then came the reed-valve induction RDs in several displacements up to 350, then 400cc’s.  Wrapping what they learned on the road race courses around the world and on the street into the R5, Yamaha made a motorcycle that excelled in handling and engine performance.

But even if you didn’t hit the track with your RD you could set it up for racing, give it some good graphics similar to Kenny Roberts’ machines and blaze the back roads. Technically, this is an RD250 with an RD350 motor installed and this RD has a lot of the good stuff on it; a clubman handlebar, rear-set foot controls, expansion chambers with stinger mufflers, a handlebar fairing, fiberglass front fender, aftermarket shocks, a slotted front brake rotor, a nice decked seat similar to mid-1970’s Yamaha racers of 350 twin and 700cc four cylinder types. Also, for cooling and lightness, some components are drilled. There’s a custom dash sans speedometer. Fuel/air mixture on these old two-strokes is critical. The head pipes and cylinder heads have heat sensors to help fend off seizures and holed pistons and those temp gauges are on the dash.

This Yamaha RD350 is graciously on loan to the National Motorcycle Museum from Geoff Valker of Ilinois. It’s displayed among other Yamahas and many fine Japanese bikes you can enjoy when you visit.