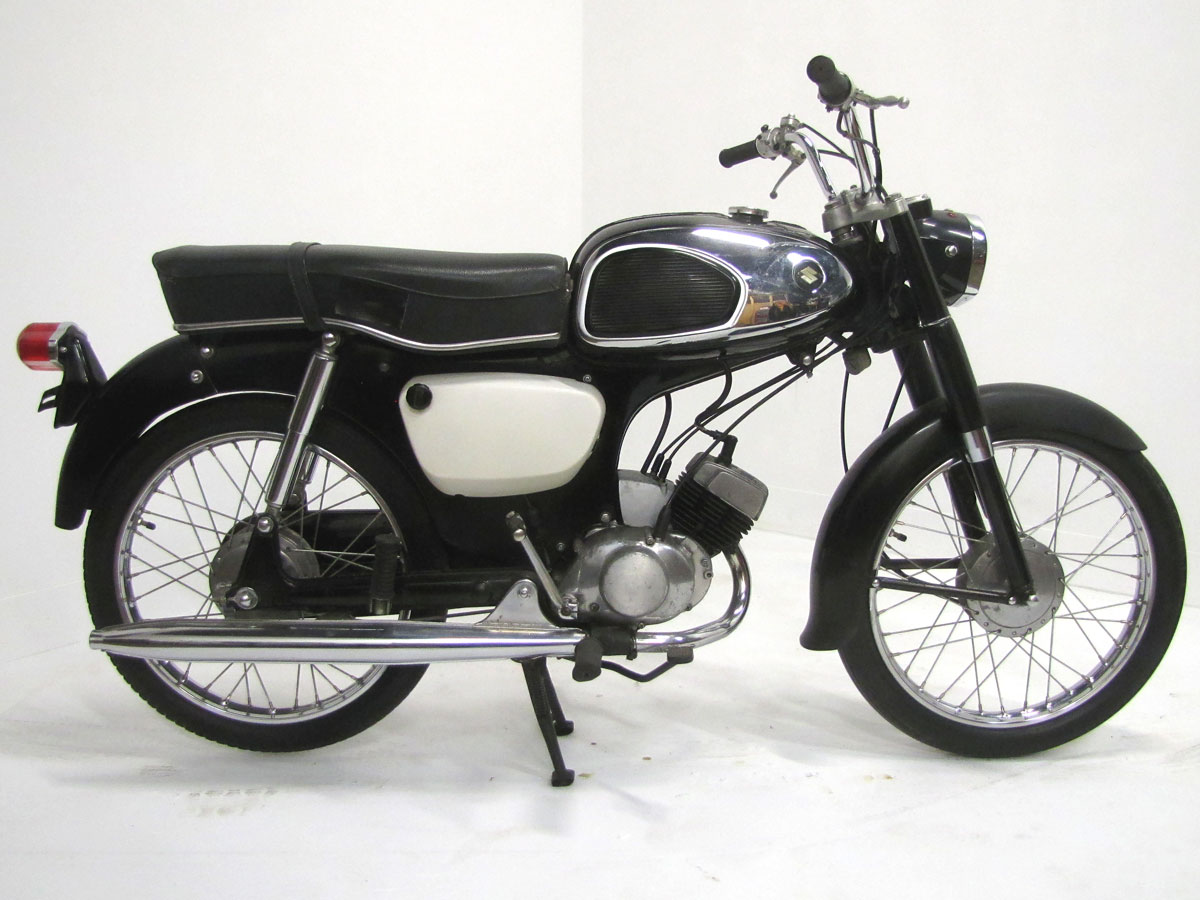 Suzuki was formed in Japan in the post World War II era initially making textile manufacturing equipment. In 1952 they began making motorcycles, their first a 36cc moped type machine called the Power Free. This machine used a two-stroke engine mounted on a traditional diamond frame bicycle. The Diamond Free was next and used a 60cc motor and a two-speed transmission. By 1954 they were making the Colleda CO, a four-stroke 90cc single, a more traditional motorcycle design. By 1960 part of their line-up included small high performance machines including the 125cc Colleda, and they were off to the Isle of Man races placing 15th, 16th and 18th in their class. An ambitious company, by the mid-1960’s they had entered international motocross competition and even hired Swede Olle Petersen to ride.

The same utilitarian small displacement two-stroke motorcycles Suzuki made for their home market in the mid-1960’s were some of the first imported to the United States. Traditional and step-through models came in 50cc and 80cc models, and one design offered a sporty up exhaust. But there were also 125cc and 250cc parallel twins foretelling the potent X6 Hustler to come in 1965.

This M15 is typical of small 1960’s Japanese bikes. The frame is pressed steel. There’s liberal chrome plating, including the shock covers, and a modest amount of plastic for the side-covers and headlight nacelle. If you had just earned your driver’s license in the mid-1960’s you would be proud to ride this Suzuki to school or your part time job, but probably stopping by the shop to see what was newer, bigger and faster.

This nice original condition Suzuki is on loan to the National Motorcycle Museum from the Jill and John Parham Collection.