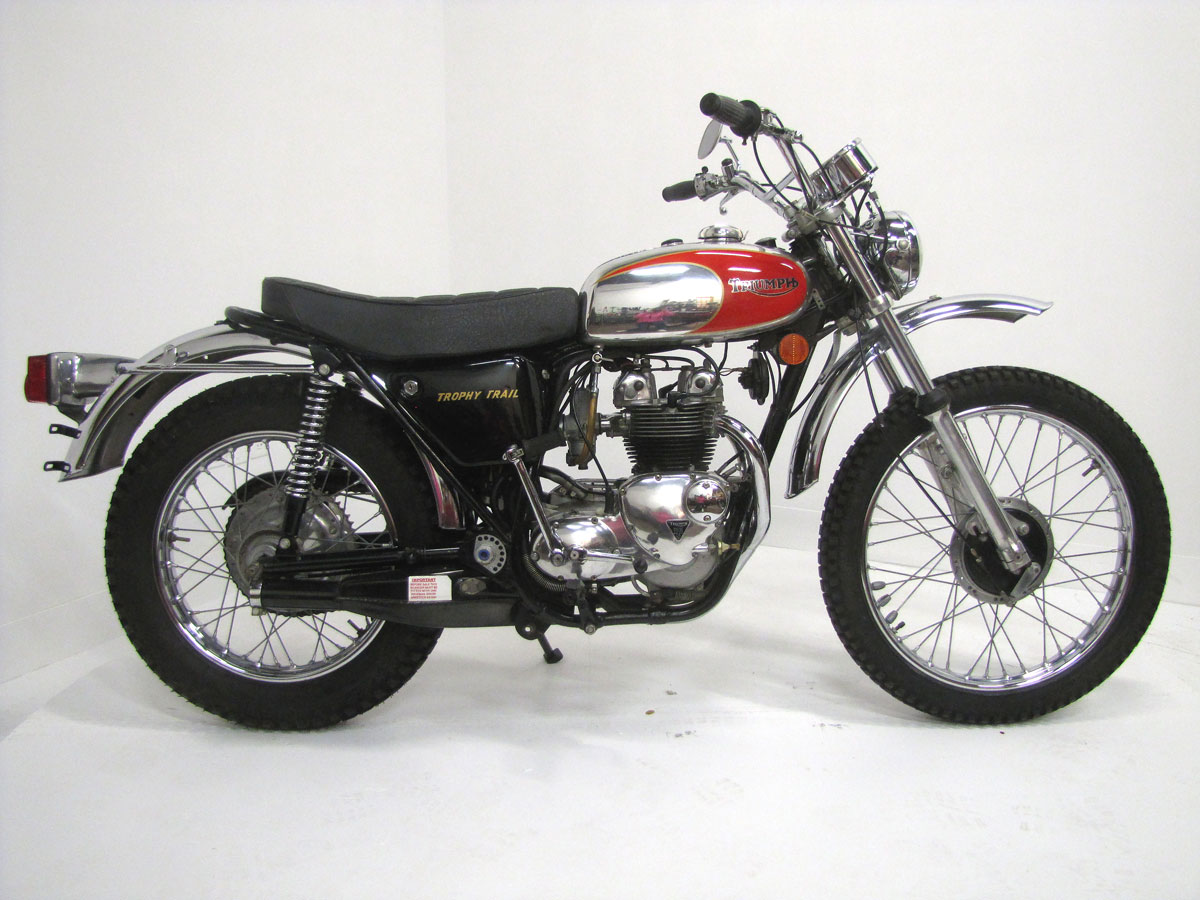 By 1973 two-stroke powered motorcycles dominated off-road competition of all types. Yet in 1972, Triumph Corporation, USA decided to field an ISDE team of three riders on their 500cc twin, the TR5 Trophy Trail. This was late in the life of the traditional British motorcycle. Frames were iron lugged with steel tubing, suspension travel minimum and true weight near 400 pounds. Yet a group of riders skilled at handling these big machines did well in international competition.

The International Six Days Enduro is a traditional event held annually at various points on the globe since 1913. With no cooperation from the Triumph factory, project manager Bob Tryon and six techs in their southern California shop, reworked six freshly uncrated stock machines. With a combination of after-market and custom fabricated parts they built one bike, thoroughly tested and perfected it, went about completing six total and headed for Pittsfield, Massachusetts, the site of the 1973 ISDE. Dave Mungenast, John Greenrose and Ken Harvey each finished this grueling enduro with silver medals, a great accomplishment made greater when considering the dated technical status of their machines.

According to the Triumph Factory Records only a total of 921 TR5T’s were made in 1974 with 759 of them shipped to the United States. The TR5T was touted as an ‘off road’ bike, and the majority (634) were shipped to the East coast Distributor Triumph Corporation in Baltimore. The other 125 were shipped to the West coast Distributor, Johnson Motors.   Perhaps that split was because the bike made a great name for itself in the East due to its performance in the 1973 ISDT held that year in Massachusetts, or the West coast riders were riding Bultacos, Huskys, Maicos, Pentons, even Hondas by then.

This fine TR5T is on loan from Dan Dummet of Illinois and it is new and all original with just seven miles on the odometer. It’s one of many fine Triumphs on display you can see on your next visit to the National Motorcycle Museum, Anamosa, Iowa.