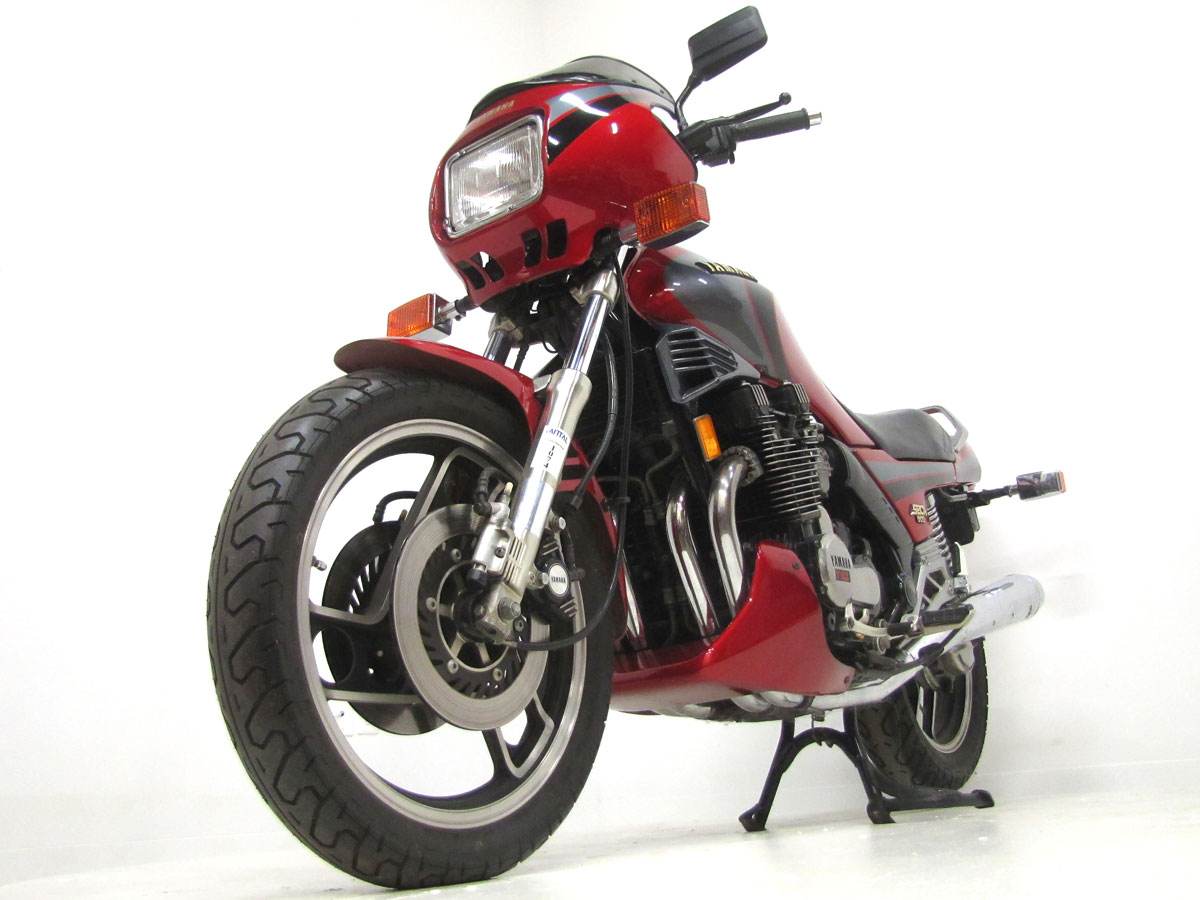 When you consider all the design and engineering work, tooling and testing of prototypes it is amazing to learn that Yamaha only offered the Yamaha XJ900RK for one year. Honda, Kawasaki and Suzuki were out pacing Yamaha in the liter class of machines, so they put this machine together fast, sold it a year then in 1984 the FJ1100 as well as the FZ750, a true superbike of the era, came along.

The early 80’s were amazing years for motorcycling, and ATVs. Honda put out a commemorative deck of cards noting the 52 models they offered in 1982. Kawasaki’s GPZ line started small and went up to the GPZ1100 which was fuel injected. Honda had the CB750, CB900 and CB1100F series all full sport bikes as used in AMA Superbike racing in one form or another. In 1983 Honda offered a competitive new machine in the VF750F Interceptor, an amazing V4 water cooled superbike with a trendy 16 inch front wheel. Suzuki and all the other Japanese makers had turbocharged machines by this time, also amazing. And by 1984 Yamaha offered their FZ750, a five valve-per-cylinder sport bike destined to win as a racer.  If you were a motorcycle manufacturer in this time it would be difficult and expensive to keep up!

So this XJ900 with shaft drive did not play well in the superbike wars. It was not meant to, perhaps, and served well as a stylish high performance “standard.” Yamaha was giving us options beyond edgy sport bikes. Period tests report quarter mile figures of 11.82 seconds and 114 mph. Bikes set to maximum shock and fork settings for road race courses turned in comparatively good results as well, though foot pegs and the centerstand may touch pavement in hard running. The motor had nice mid-range power, though there was a bit of shaft-drive pogo-ing.  The handlebar mounted fairing gave moderate protection, the air-cooled motor was durable and simple to work on and shaft drive meant you had no chain to adjust or lubricate.

This fine, stock, low miles 1983 Yamaha XJ900RK was graciously donated by Indiana motorcyclist John Kopezak. Other great Yamahas on display include a Seca Turbo, an RD350, a Midnight Special, a 1972 Yamaha YDS7 as well as a nice Yamaha XS650.