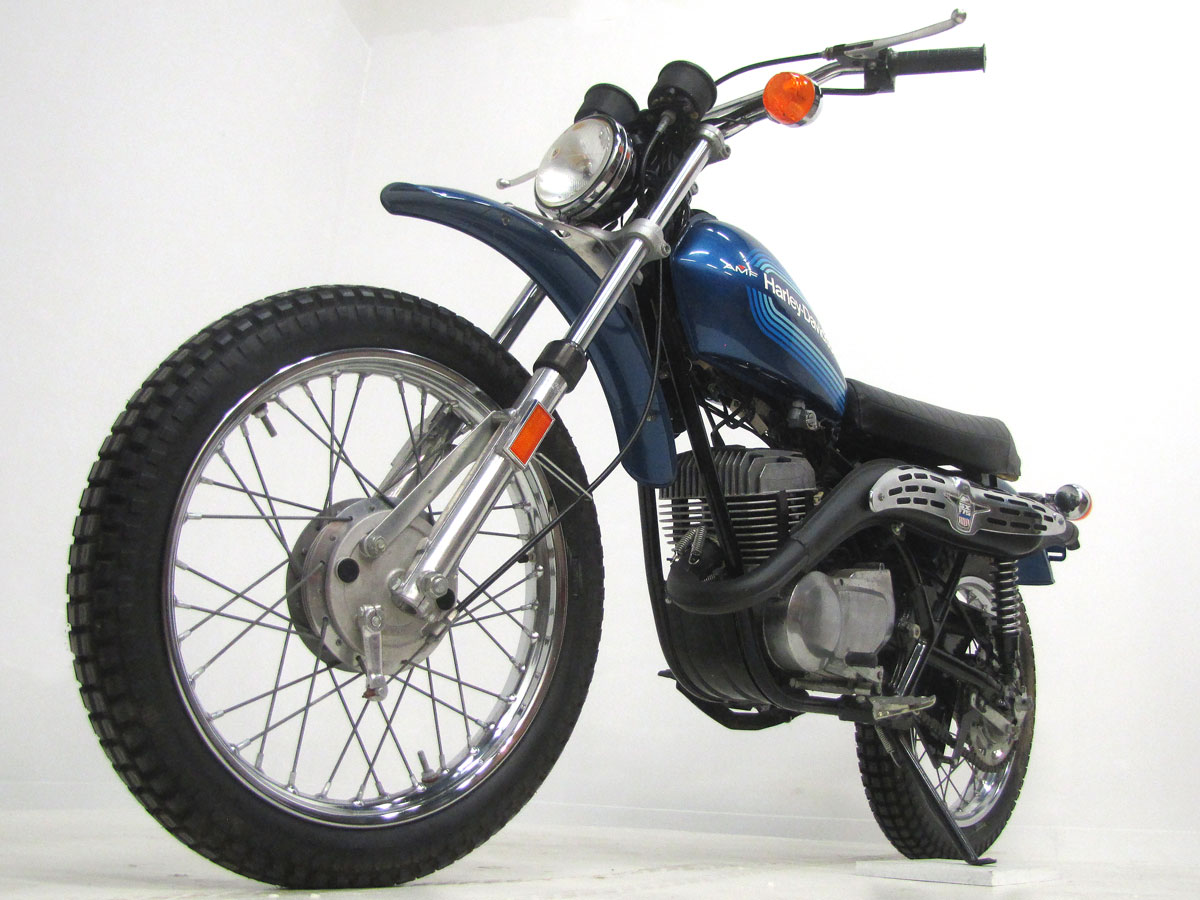 Some would credit Yamaha with the focus in design and production of capable dual sport bikes when they launched the Yamaha DT-1 in 1968. The Yamaha was designed from scratch, was not just a high pipe version of an existing street bike. But like the Yamaha, this Harley-Davidson SX175  was a simple air-cooled, port induction two-stroke single with knobby tires, decent ground clearance, a high pipe and braced handlebar, but it came quite a few years later. Good attention was given to styling; this was a big leap from the overly traditional Italian look of 1960’s Aermacchi four-stroke “sloper” powered bikes.

In 1961 Harley-Davidson bought a 50% share of Aermacchi which allowed them to compete better in the small bike and the off-road segments of motorcycle production and sales. But this very different Aermacchi-designed, Italian production SX175 did not come about until the 1974 model year. A solo seat model at first, it became a two up machine with a redesign for 1976. The SX175 shared major components with Harley’s SX250.

But the focus of the average Harley-Davidson dealer was Milwaukee-made big twins and Sportsters, not imports. And non-Harley customers were more prone to shop in Japanese manufacturers’ showrooms when seeking a good dirt bike. So this class of Harley-Davidson came and went. But we should recall that in 1975 the interesting and somewhat successful MX250 motocrosser arrived as a prototype, then a full production machine for 1978 with a factory-backed race team.

With less than a mile on its original odometer, this SX175 Harley-Davidson was graciously donated to the National Motorcycle Museum Collection by Delores Hanson late in 2019. There are a good number of Aermacchi-made Harley-Davidsons on display at the Museum. Street bikes, dirt track racers and dual sport machines, Harley’s efforts to serve a broader community of riders is here for you to see.