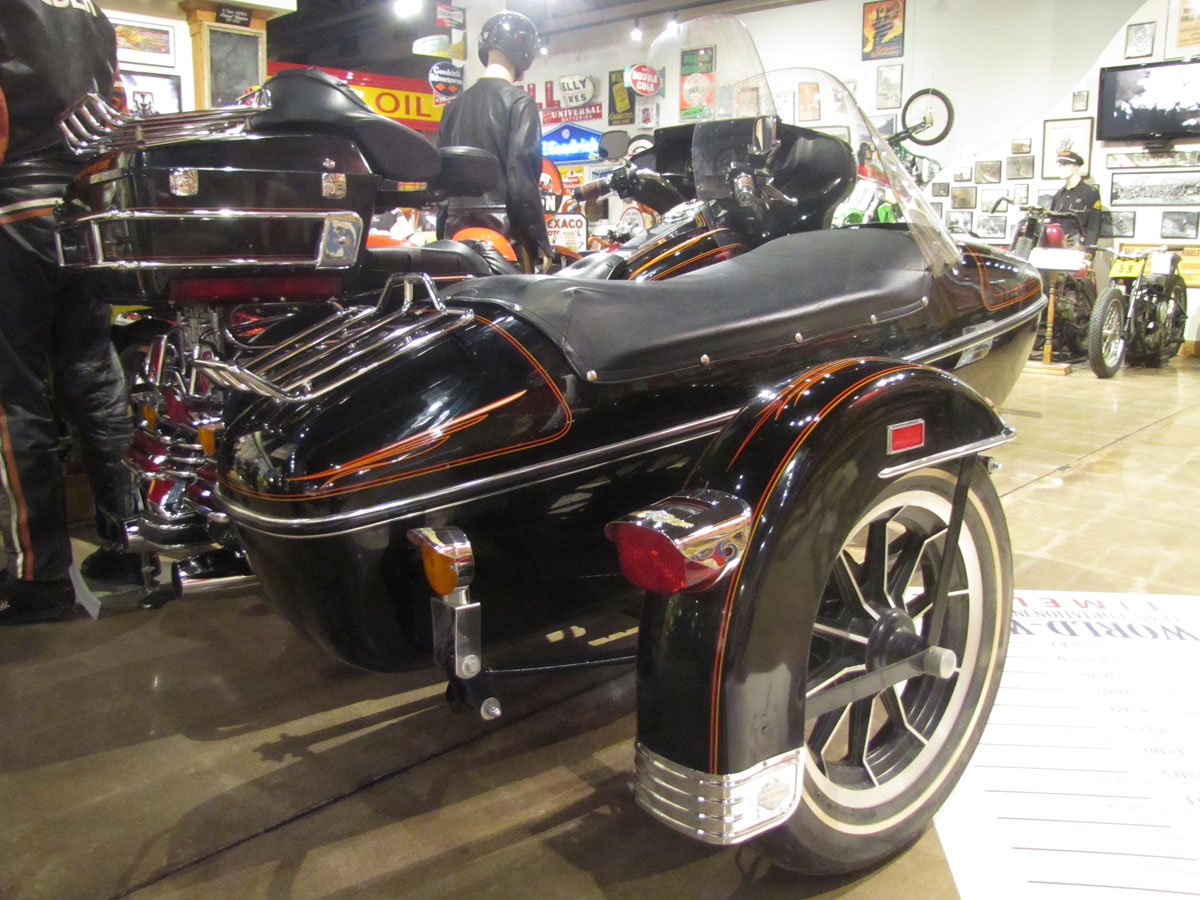 George Jones is one of the most legendary of country music singers. First hearing country music on the family’s new radio when he was seven, that and his father’s interest in music got George his first guitar at age nine. By 16 he had left home and began playing at venues and on the radio. You will recall a few of his hits; White Lightning, He Stopped Loving Her Today and Tennessee Whiskey. Married four times, it was mostly country singers singers he chose to be with. As early as 1982 Jones was riding Harley-Davidson sidecar rigs as he made headlines in his local newspaper. Jones was inducted into the Country Music Hall of Fame in 1992.

This 1995 FLHTC with matching Harley sidecar was bought new by Jones from C&H Harley-Davidson in Nashville and the original title remains in Jones’ name. With only a little over 1000 miles on the odometer it was used little and cared for well. He and his wife Nancy rode the rig in an MDA benefit in Nashville in 1995. Jones and subsequent owners have done a good job of keeping documents together.

The first ‘Glide’ came about in 1949 when Harley-Davidson added hydraulic telescopic fork front suspension to their big twin making the Hydra Glide. The FL had arrived in 1941 when the Knucklehead motor was offered in 61 cubic inch, EL and 74 cubic inch, FL displacements. Harley’s first sidecar was offered in 1914, and in 2011 they ended sidecar production moving toward the three-wheeler approach with the Tri-Glide. Though challenged as the king of heavyweight touring machines by many motorcycle makers in the 1980’s and beyond, the Electra-Glide maintains its classic lines though it has enjoyed updated engineering along the way. It remains the choice of hundreds of thousands of riders world-wide.

When you visit the National Motorcycle Museum in Anamosa, Iowa you will walk among a great array of Harley Davidsons including several sidecar rigs from 100 years ago through the 1940’s and beyond. George Jones sidecar rig is on temporary display by its current owner so try and plan a visit soon to see it.